Artificial lights have always been at the centre of the subjects that I photograph. I like to think of photography as not only capturing lights, but making them obvious and seen. One of the ways in which I’ve done so is to capture emitters of lights, be it the faintest LED indicators of smoke detectors to florescence tubes lighting up a building’s corridors.

Under the Night of the Unseen Stars started out as an observation of the beyond. Under a lighted up void deck, in a lift lobby or even on a trip to the toilets, I noticed light traveling beyond their intended path, crossing through reflective surfaces, materialising in a fixed constellation. The barriers at which lights are supposed to cease suddenly become a crosswalk between the photographer and their imagination. As I focus on infinity, details of the scene blurs away, leaving me with lights that line themselves into constellations. Myopic individuals are not able to focus on distant objects, and as one myself I could only observe one through the aid of my lens. This morphed view of the far has led me to curiously look for them even closer. These mundane foregrounds suddenly project a space, and in them, the unseen stars shine.

In these scenes of reflection the photographer is absent, lost in the depths of infinity and ghostly feedback. Guided by reflections, the viewer’s eye looks for the source; an ancestry way-finding. Under the Night of the Unseen Stars is an invitation to explore and wander, and to reinterpret reflection itself, asking oneself: what would you focus on? 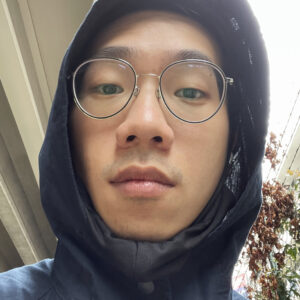