Ellie Davies
Come with Me 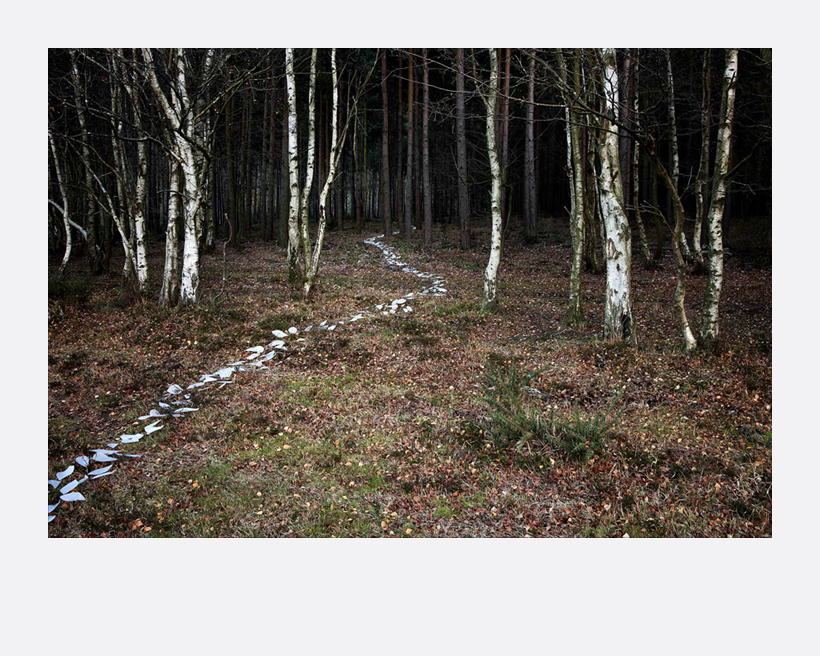 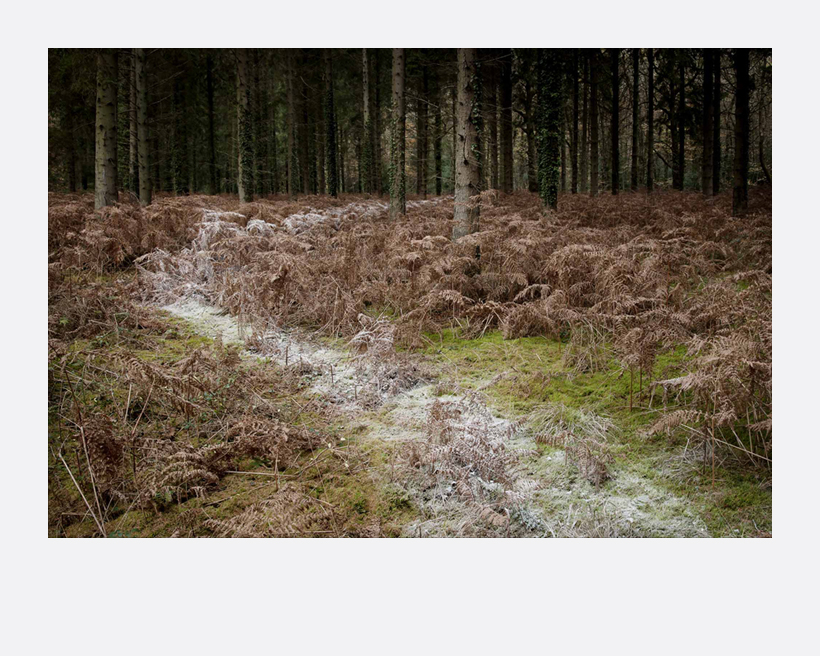 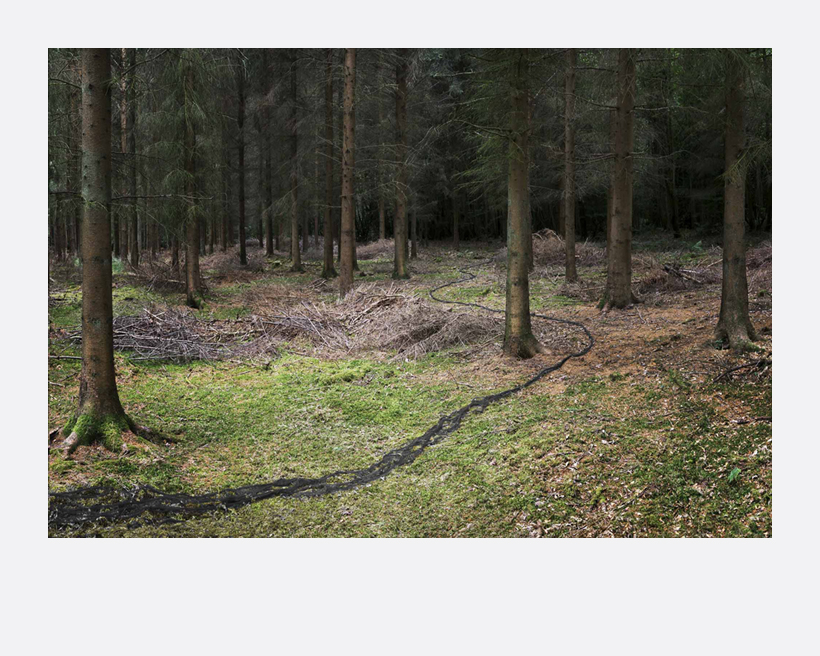 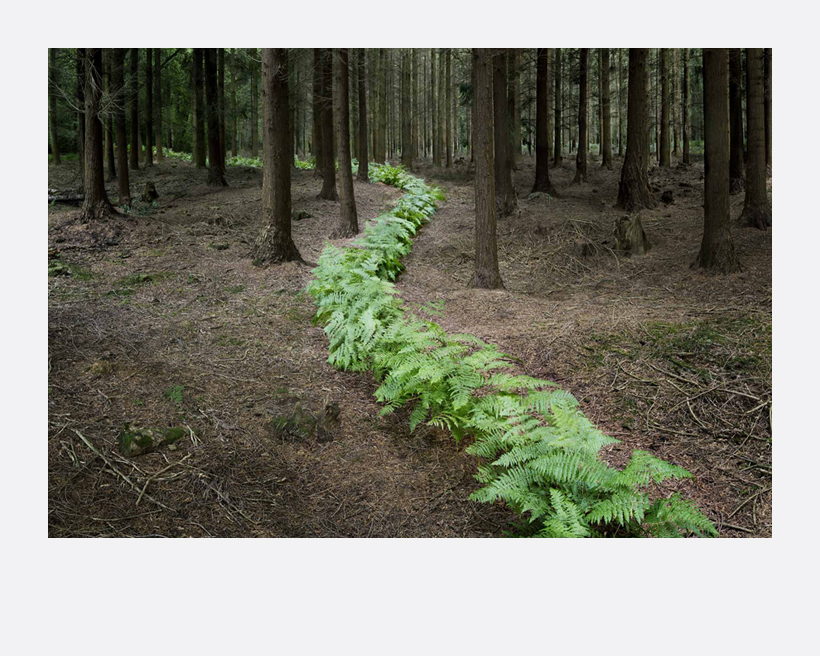 Come with Me explores the artist’s relationship with the landscape, its role in defining personal identity, and the notion that all perceptions of nature are mediated by culture. If all natural spaces are utilised, shaped, managed and farmed by Man, can we ever access the natural world on its own terms? Constructed within New Forest, the physicality and labour of the process is an important part of the artwork. The artificial materials in the woodlands reflect the constructed nature of landscape, referencing the tradition of landscape painting. The pathways are made from materials such as paint, powder, wool and paper, referencing traditional craft processes. Each piece follows the most natural line of movement through space, tracing animal paths, the sweep of the eye, or the curve of the land. The colour, shape and material of each pathway mirrors the landscape, delicately and temporarily tracing a trajectory, allowing the artist to inscribe and locate herself within the landscape in order to develop a richer personal interaction with the woodland. These trajectories are imposed on the landscape, transforming the natural world into an object as well as a photographic image, an inscribed space that questions the stability of ‘nature’ and ‘landscape’ as concepts.

About the Artist
Ellie Davies’ (UK, b.1977) work has been exhibited widely in the UK and abroad. Solo shows in 2011 included “Come with Me” — New Landscape by Ellie Davies at The Print House Gallery in London, “Smoke and Mirrors” at 10GS, London, and a solo exhibition at Brucie Collections, Kiev, Ukraine. She will hold her sixth solo show in the autumn of 2012 at The Richard Young Gallery, London. Recent group exhibitions include “Nine-Point Perspective” at Hotshoe Gallery, London, “Symbiosis” at Hoxton Art Gallery, London, “Lens Culture International Exposure Awards” in the US, and “The Tallinn 15th Print Triennial” at Kumu Art Museum, Estonia in January 2011. Awards include Honourable Mentions in the Professional Women Photographers International Juried Exhibition, The Lens Culture International Exposure Awards 2010, 1st Place in the Fine Art Landscape category of Paris Photo Prize PX3 2010, ArtSlant Juried Winner 2010, and Commended in the LPA Landscape Awards 2010. Her work has been featured in a wide selection of international publications including Silvershotz, Art Ukraine, F-Stop Magazine, Photo+ Magazine and Fuzion Magazine.