With a background in web creation, Soushi Tanaka became intrigued by the transmission and transformation of visual data via optical devices and programming languages.

In this ongoing body of work which commenced on April 1, 2015, Tanaka engages in a ritualistic aggregation and compression of micro data – first by taking multiple exposures of the pages of a daily newspaper, converting them into a single image, then further photographing one month’s worth of image data with multiple exposures and converting them into a single image, and then repeating the same process for a year’s worth of image data.

This routine strips all readable information and indexical functions from the original source and renders them as abstract entities. Presented as “blank slates”, these dated images involuntarily pose as memory triggers, inviting viewers to reminisce and recollect. 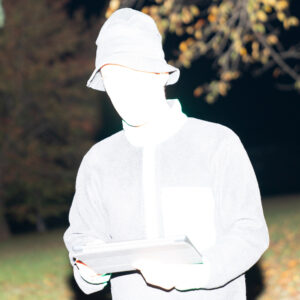