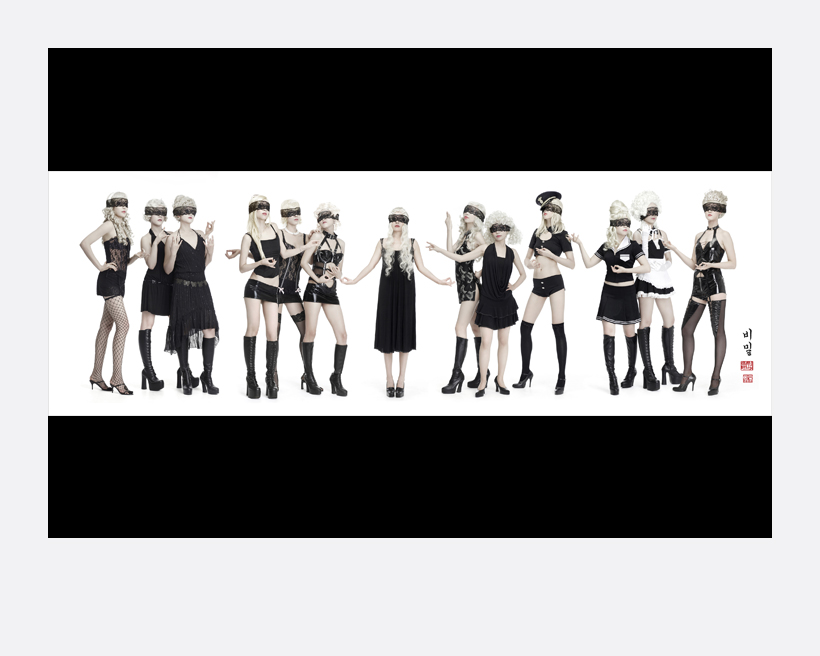 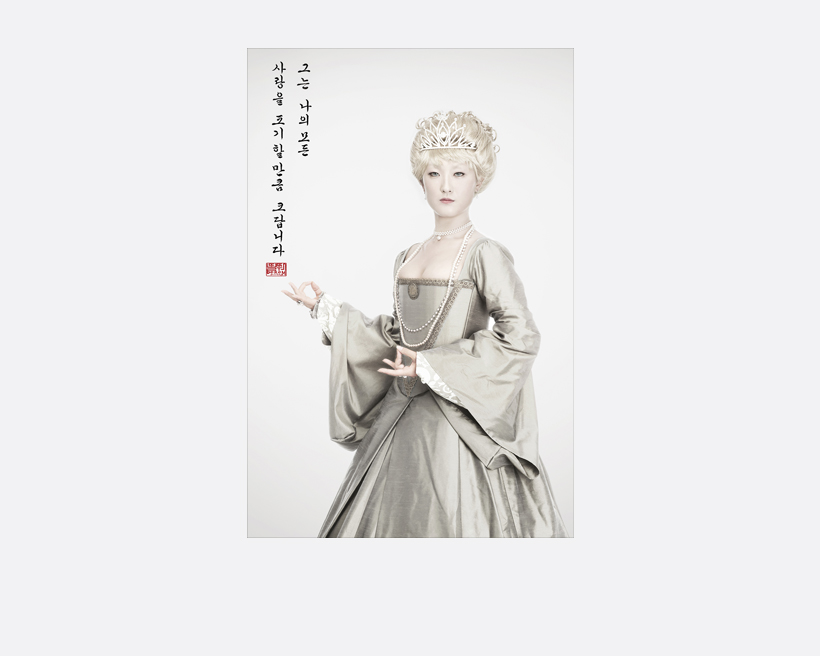 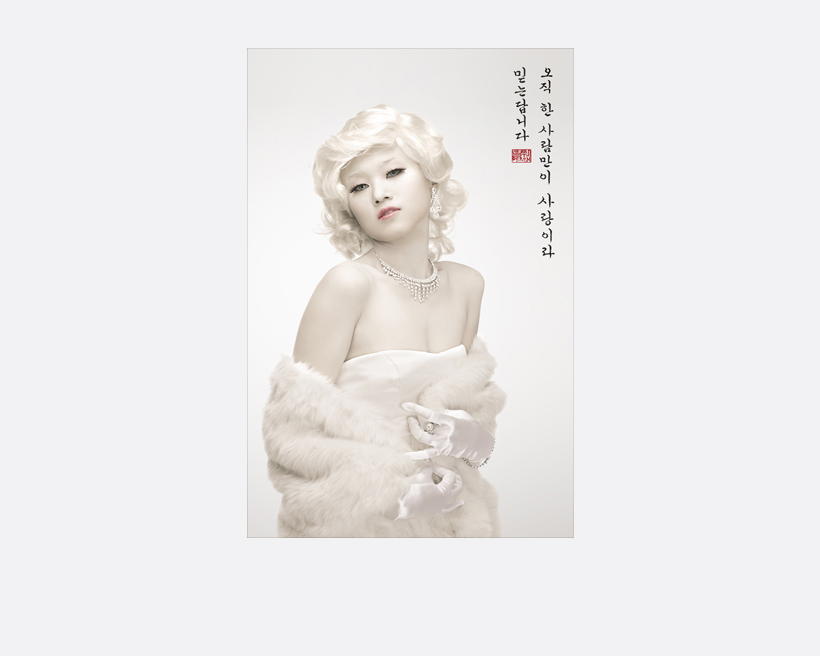 The very contrast always follows in her work. Especially, through ’13 of Blondes’, she tells us a story of herself in thirteen different characters in maturity. The mixture of fantasy (she dreamt to be a blonde woman as a child) and reality (however, she will never be) is instantly revealed without more explanation on the surface. But the hybrid of symbolism and metaphors of oriental and occidental traditions as well as perception of beauties are questioned and anaylised behind the superficial glossy scenes. Also, the standard beauties in the artist’s fantasy and reality are differently positioned and interpreted according to each one’s preference and habits.

About the Artist
Dorothy M. Yoon, born in 1976 in Pusan, South Korea, lives and works in London and Seoul. In an early stage, She had worked on video art and performance. She has produced numerous video projects since 2000 about desires, fantasies and tales that, in fact, the artist believes and lives with. Since her relocation in the UK for her second MA degree at Goldsmiths Art College, she has matured artistic styles and explored her own identities from her experiences as an alien in Europe.
Dorothy dreamed of being one of the blonde haired, blue-eyed beauties she admired on the covers of Western magazines. As an attempt to live out her fantasy, she creates light-hearted and heavily stylized images of young Asian girls enhanced to fit these criteria. By combining the extremely different Eastern and Western cultures in her art, she attempts to make her audience question their preconceptions. In addition, Dorothy’s work is intricate in detail with many layers of meaning. Months of research into every aspect ensure that nothing you see is without significance.