The Archaeology of Absence

by Madhuban Mitra and Manas Bhattacharya 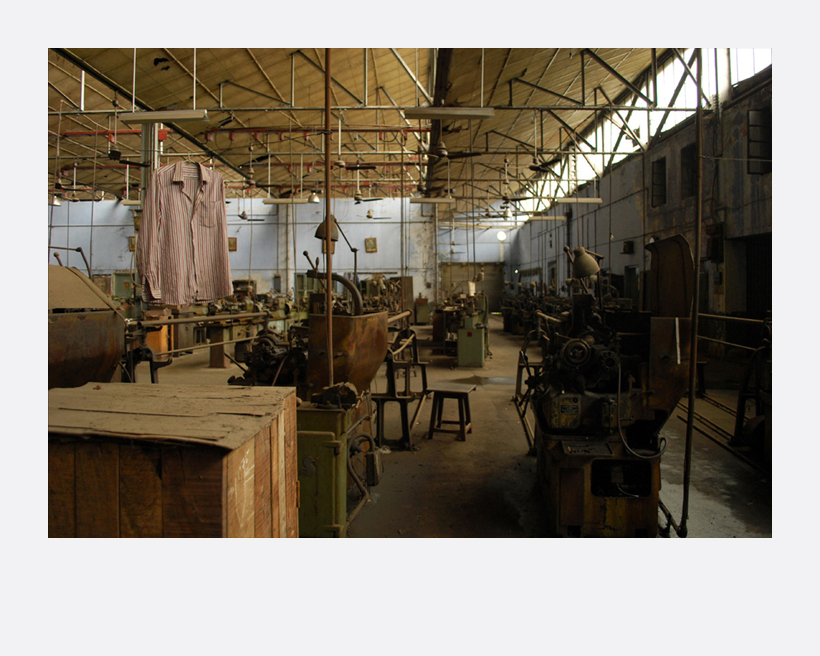 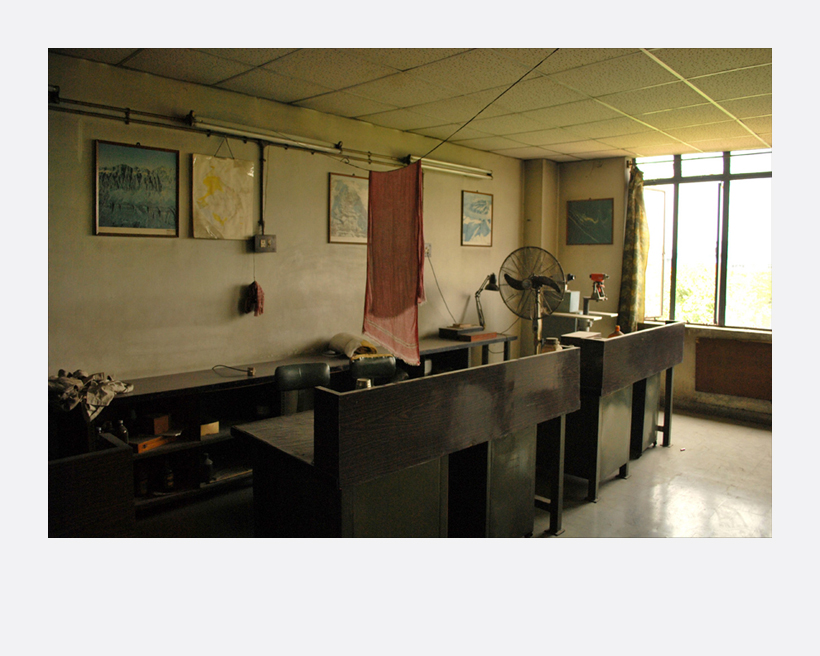 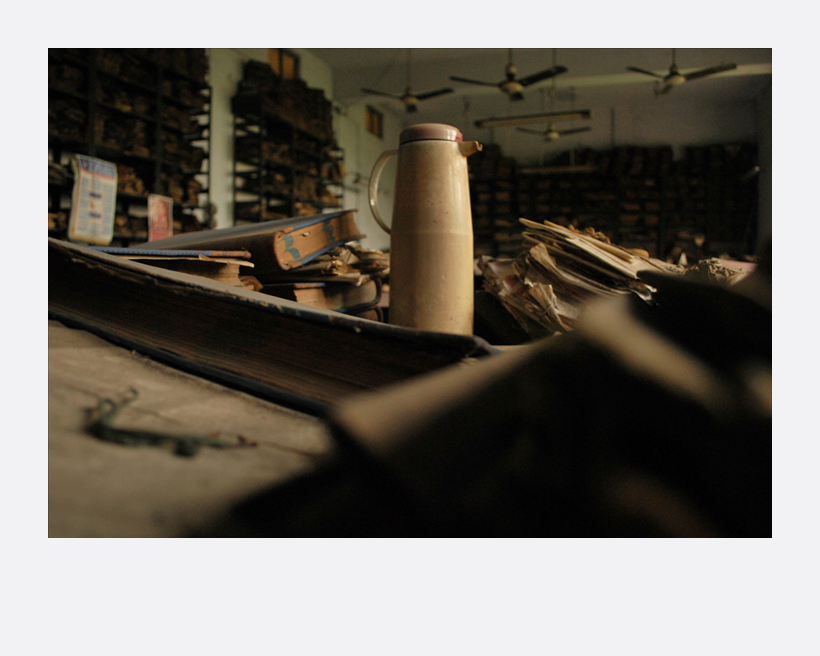 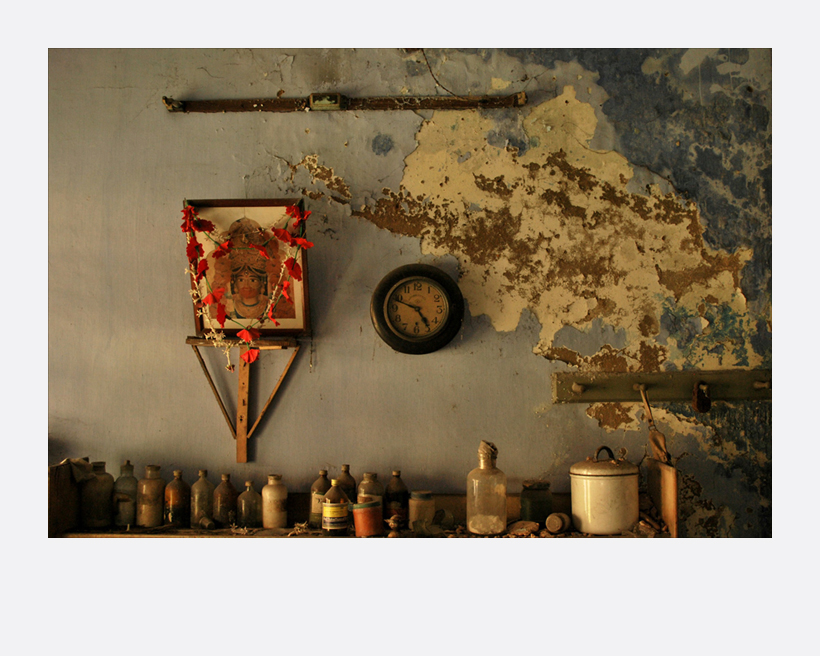 The series is part of a larger photographic project documenting the ruins of India’s first and only still camera factory. Lingering over traces left behind by the workers in the closed-down factory, the photographs are portraits without faces. These forgotten marks create pockets of the private within the indeterminate industrial space, inscribing it with desire, memory and history. The project was realised with the support of Media Lab, Department of Film Studies, Jadavpur University.

About the Artist
Madhuban Mitra studied English literature and classical dance, and holds a Ph.D in Cultural Studies. As a writer (under the pseudonym Aria Abraham), she has published in journals of poetry like Crossing Rivers Into Twilight (CRIT) and The Helix Magazine, published by the Central Connecticut State University.

Manas Bhattacharya studied Comparative Literature and Film in Jadavpur University, Kolkata, and Cinematography in the Satyajit Ray Film & Television Institute, Kolkata. He is a photographer, and works with and in many media including digital imaging, film, video and sound. He has received two grants and won several awards for his work.

Madhuban Mitra and Manas Bhattacharya have been collaborating on several projects since 2008, and are currently preparing for a full-scale exhibition of their collaborative photographic project on National Instruments (of which the submitted series is a part) at Photoink, New Delhi scheduled in Fall/Winter 2010. The project was also published as a photo book in 2011. Apart from National Instruments, they are also working on other projects including a film and a collaborative writing project, along with other photographic projects.