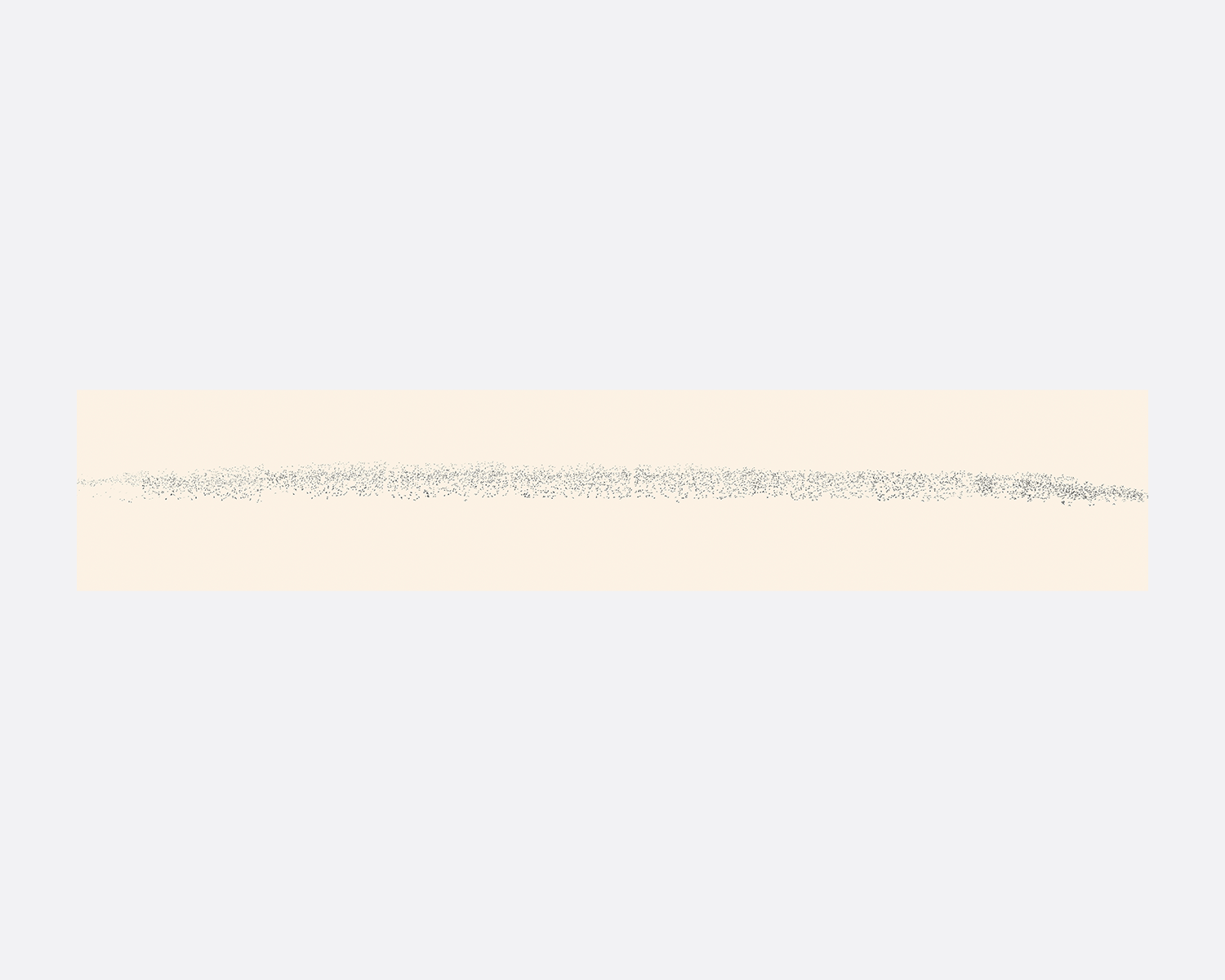 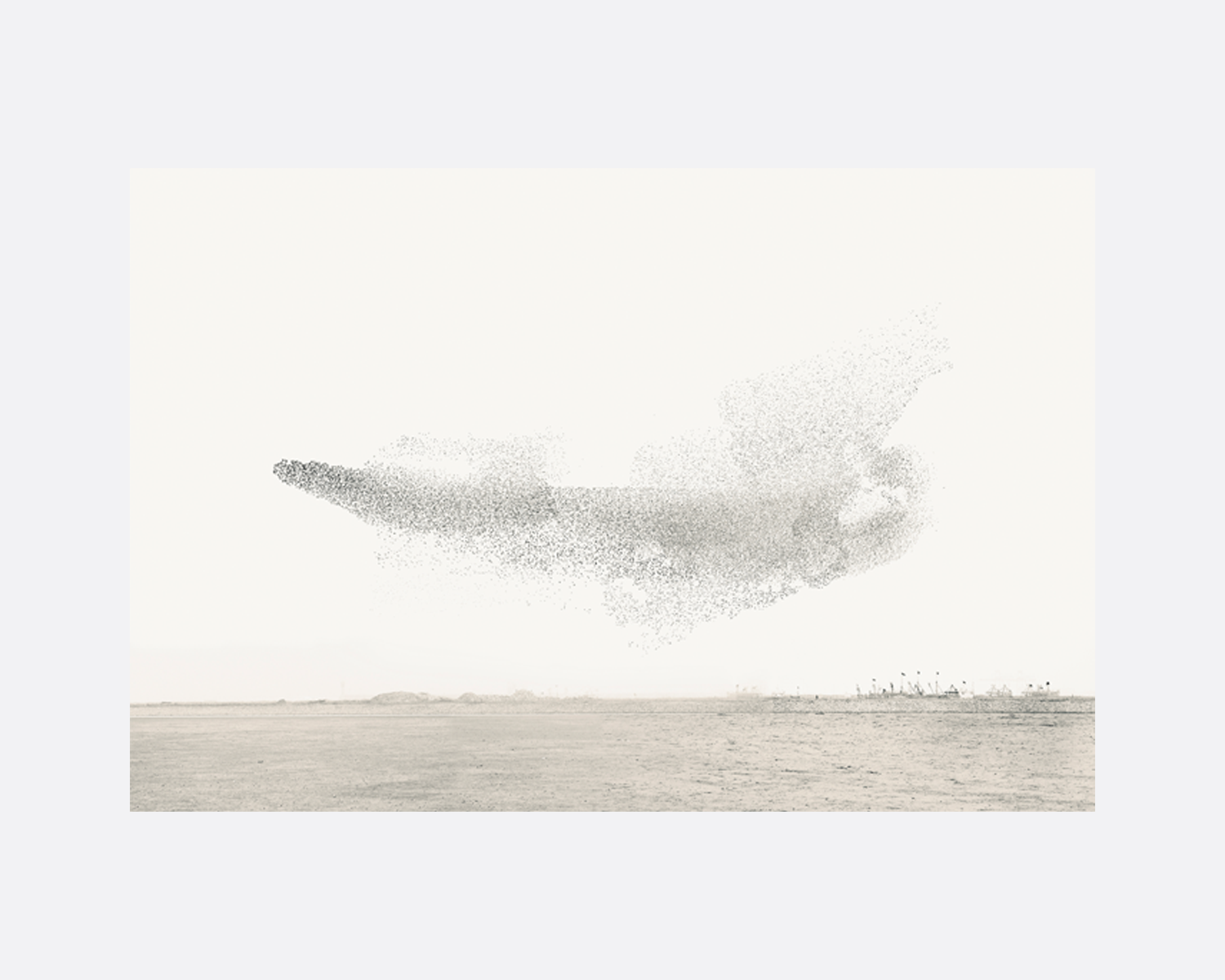 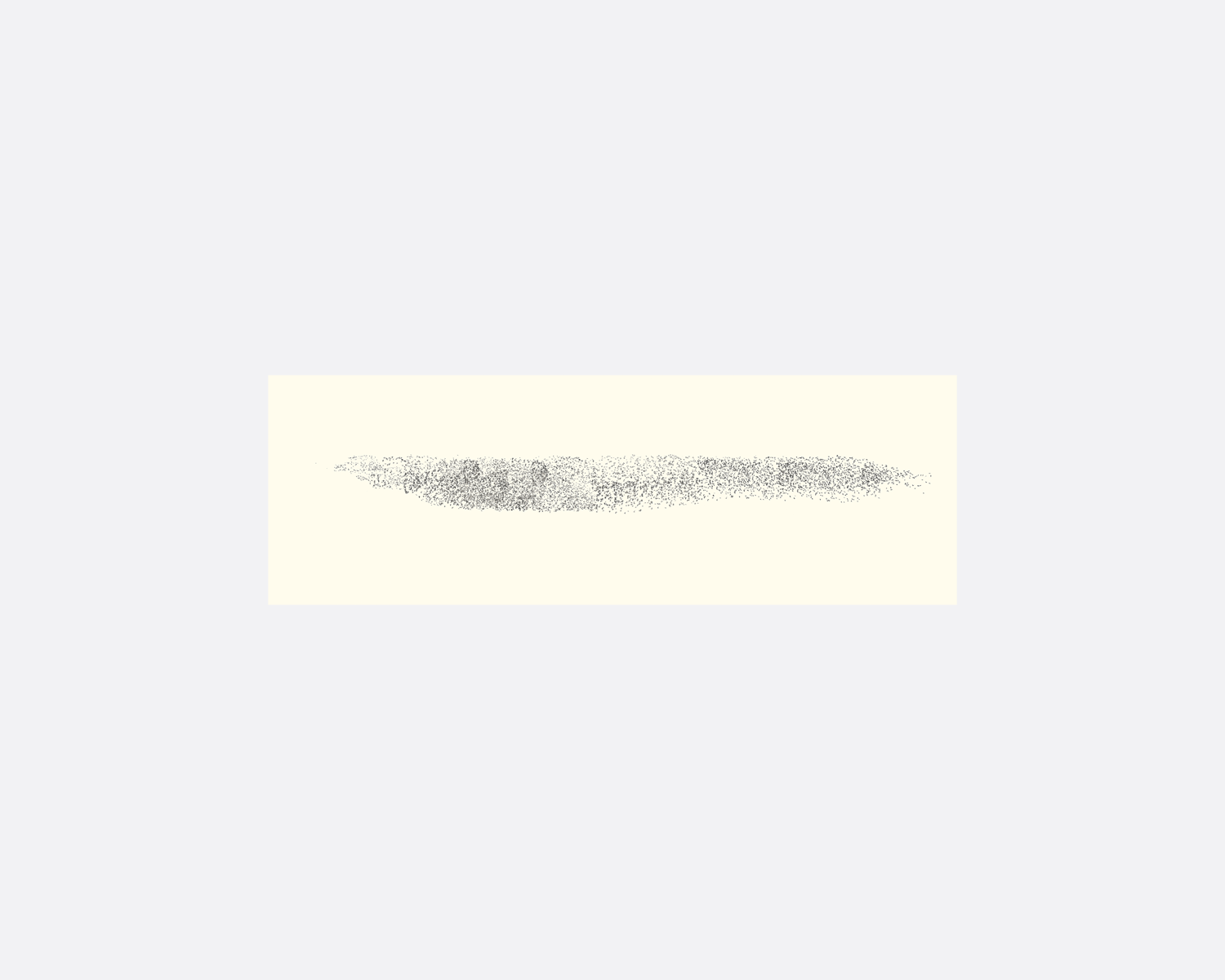 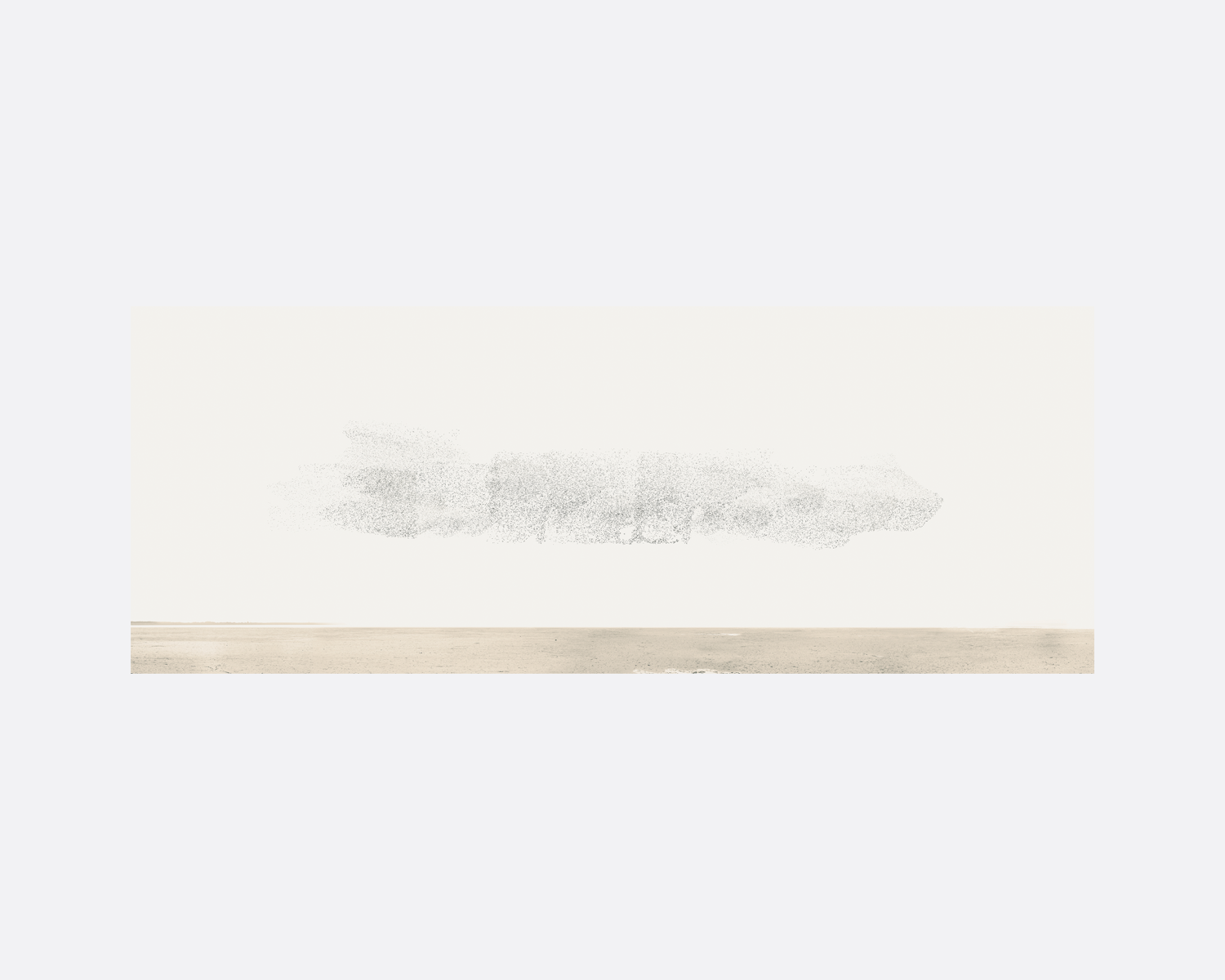 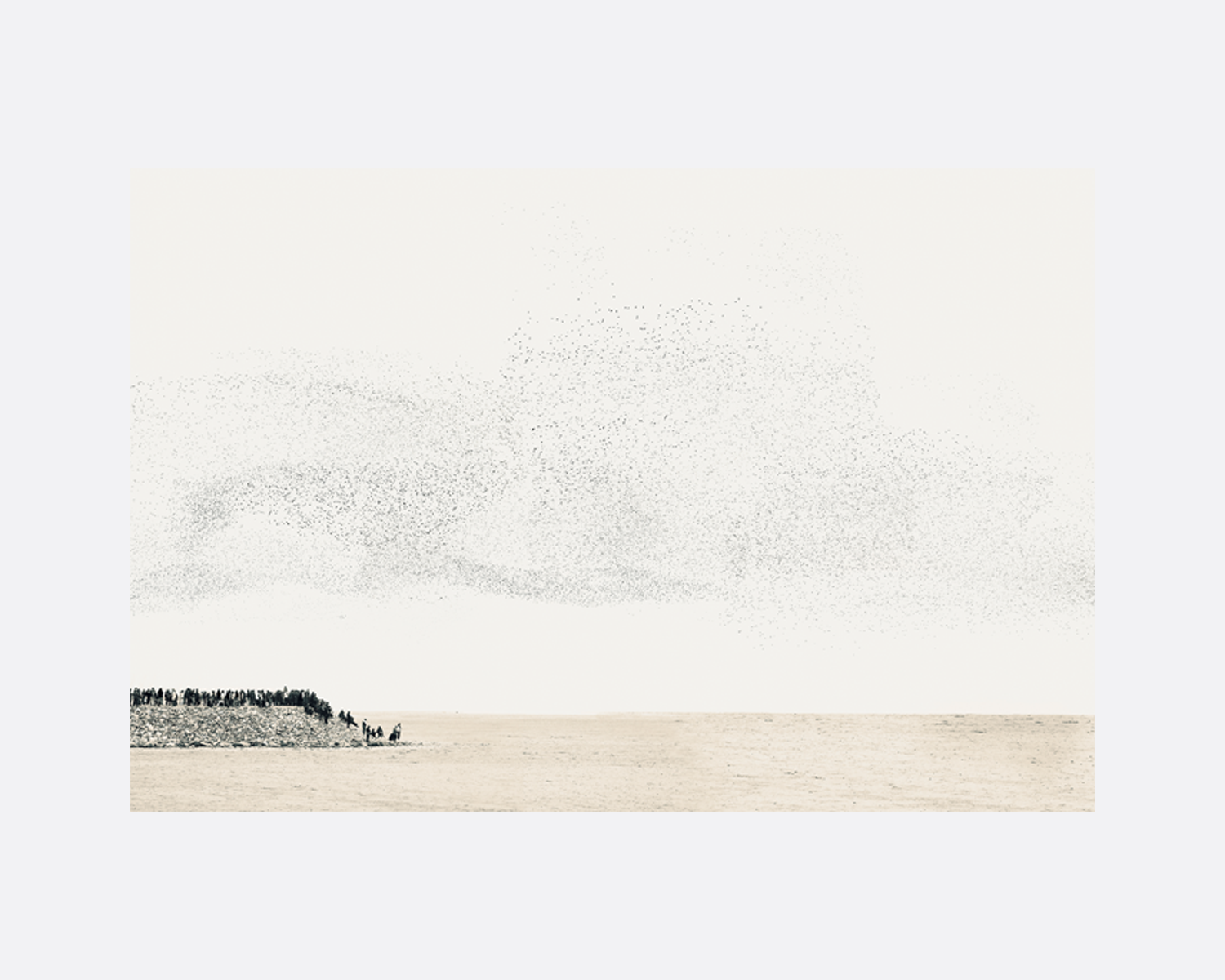 The lines we draw The wetlands in Yalu River, Dan Dong, is an important bird migratory site for the godwit and great knot. These birds migrate between New Zealand, China, North Korea and Alaska every year, with godwit’s migratory flight being the longest nonstop migration of any bird in the world. As more wetlands and coasts in South Korea and China become concretised, the wetlands in Yalu River remains one of the last sanctuaries for these birds. I went to the estuary in April 2019, during the time of the migrations. A researcher, who has spent more than 10 years counting the birds according to a complicated system, tells me that the bird numbers are dwindling every year. This year, he counted 54,231. The best viewing time was during high tide in the morning. Every time the tide came in, great flocks of birds flew up from the shoreline, forming huge murmurations. The spectacular sight was witnessed by huge crowds of onlookers. Sometimes incredible shapes were formed, but I wondered if these patterns were random or intentional. The onlookers could see many shapes and lines that I wasn’t able to see. I tried my best to photograph the lines that the birds drew in the sky. Note: These are large scale light-box photographs ranging from 1.5m to 8m in length. I wanted every individual bird of the 54,231 that day to be seen, so each bird was digitally enhanced for each image.
—
A Guide to Endlings Endlings are the last known individuals of their species. In the age of the Anthropocene, humans have impacted the environment and the natural world in ways that no other species has, causing the degradation of many natural environments and extinctions of many other non-human species. In fact, animals are becoming extinct faster than it they have ever been. But we are also in a special position where we can intervene in the course of nature. For Rediscovering Lost Connections, I propose to document endlings and the scientific work involved in keeping these creatures alive. The project is Asia-centric, and may expand to also discuss recent extinctions that have already happened, i.e. dead endlings. Endlings, dead or alive, are powerful and fraught symbols of ecological change — they represent a border between survival and extinction. There are a few scenarios that I am interested in. One is a male Yangtze giant softshell turtle, in Suzhou Zoo, China, the last-known captive individual. Another lastof-their-kind example are the three captive Bornean rhinoceros in Kambas National Park. I am also interested in the conservation efforts that go into helping species that can no longer survive independently in the wild. In Cambodia, to prevent Old World vultures from eating poisoned cattle carcasses, there are “vulture restaurants” set up by conservationists. I will travel to these sites to create photographs.