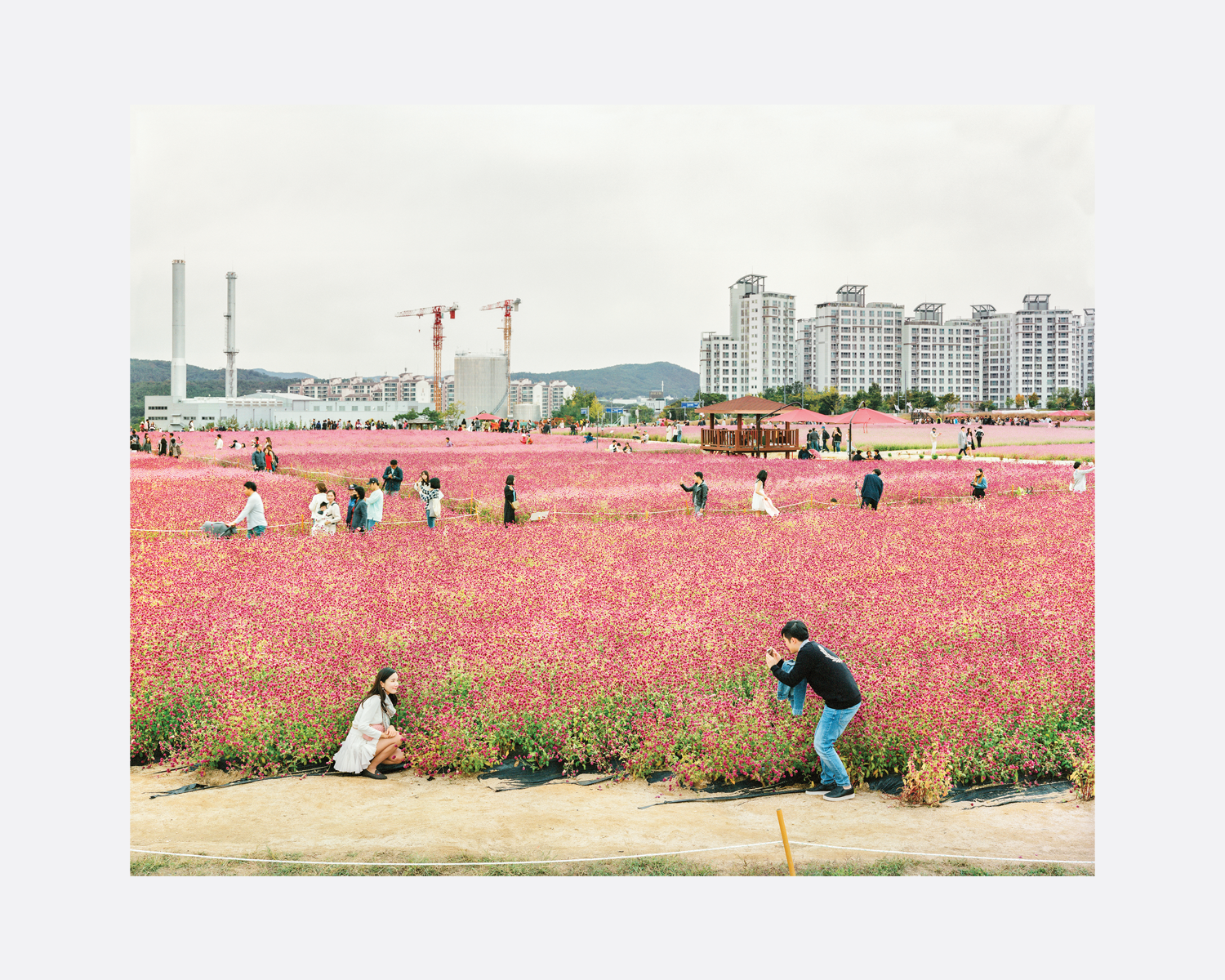 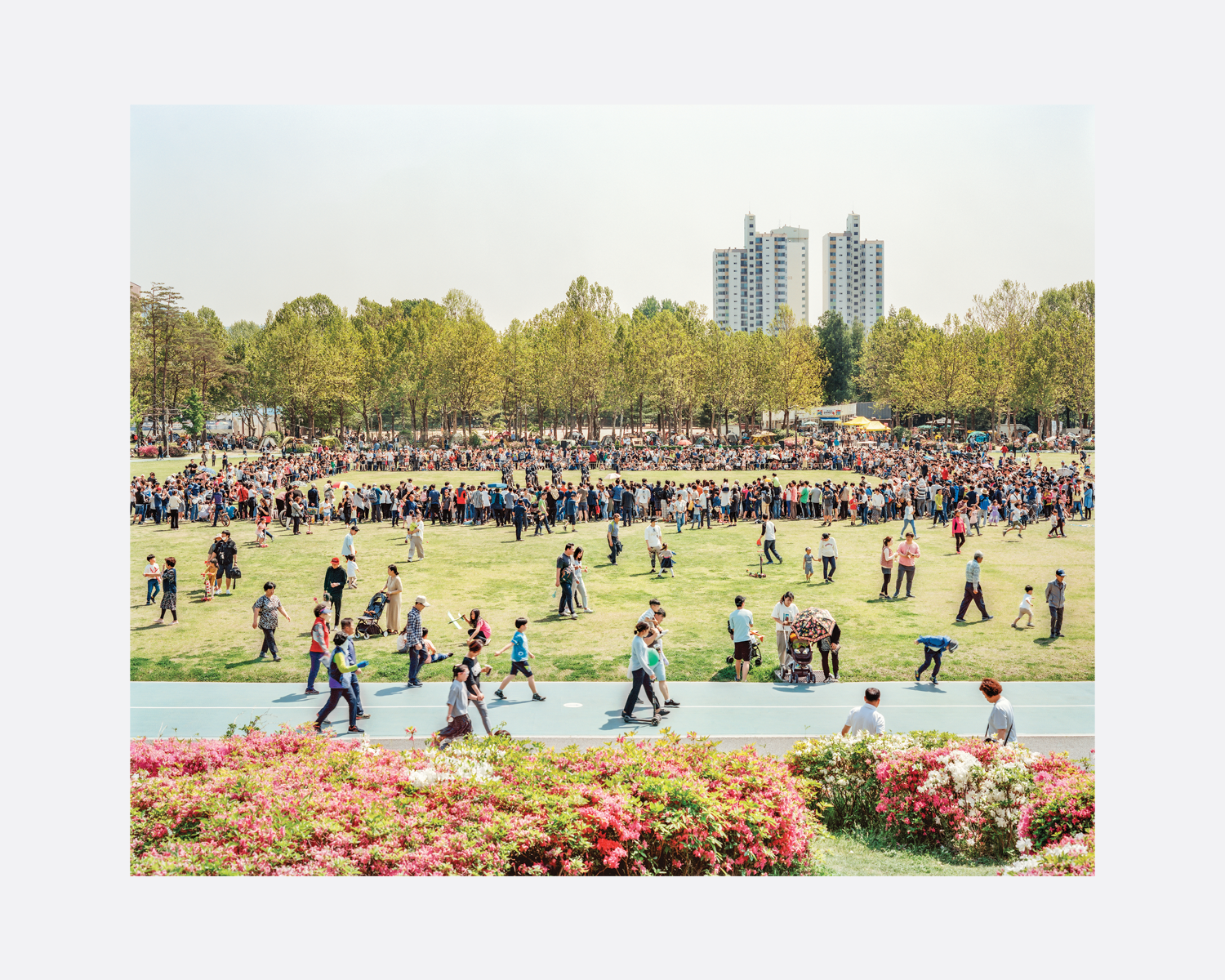 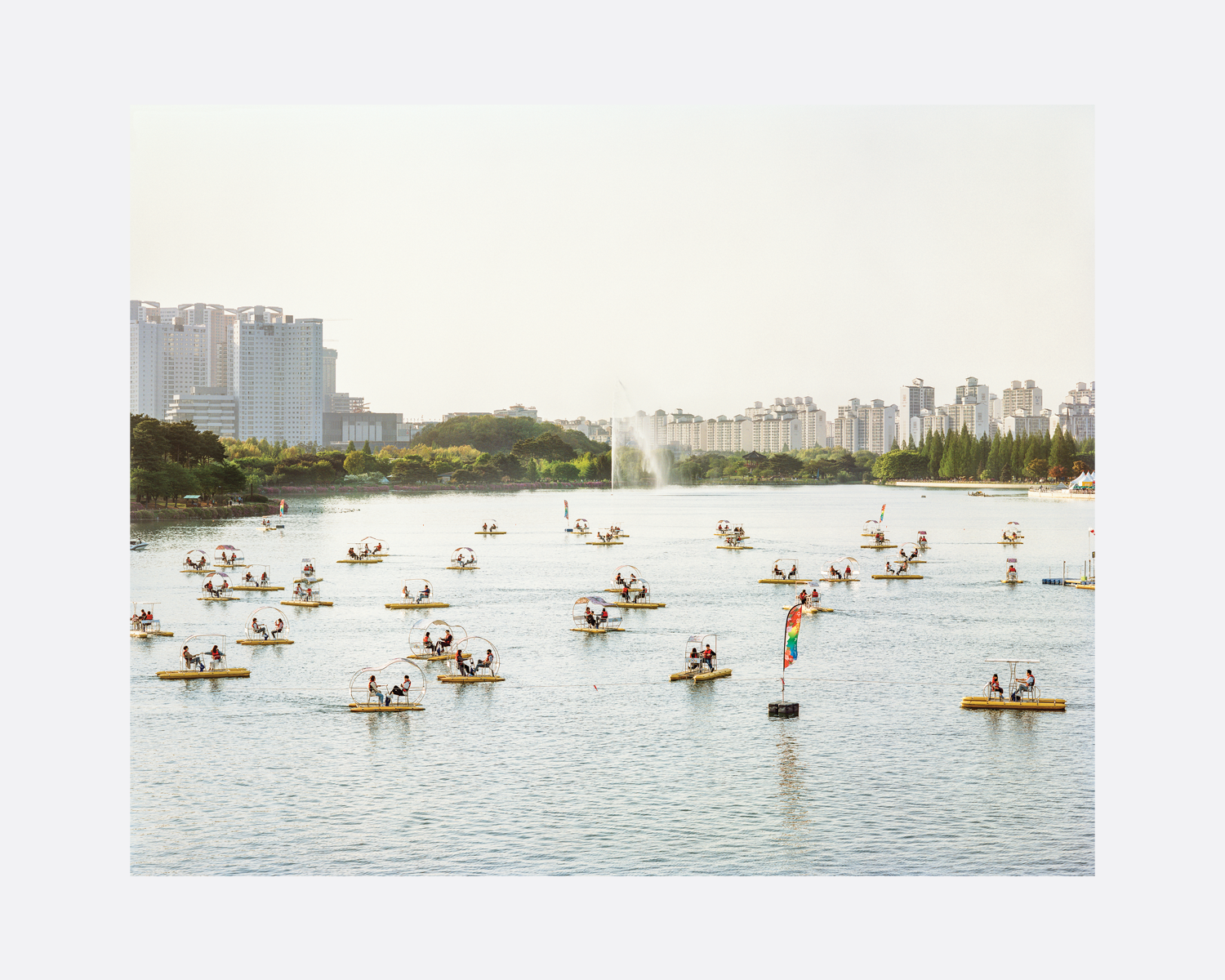 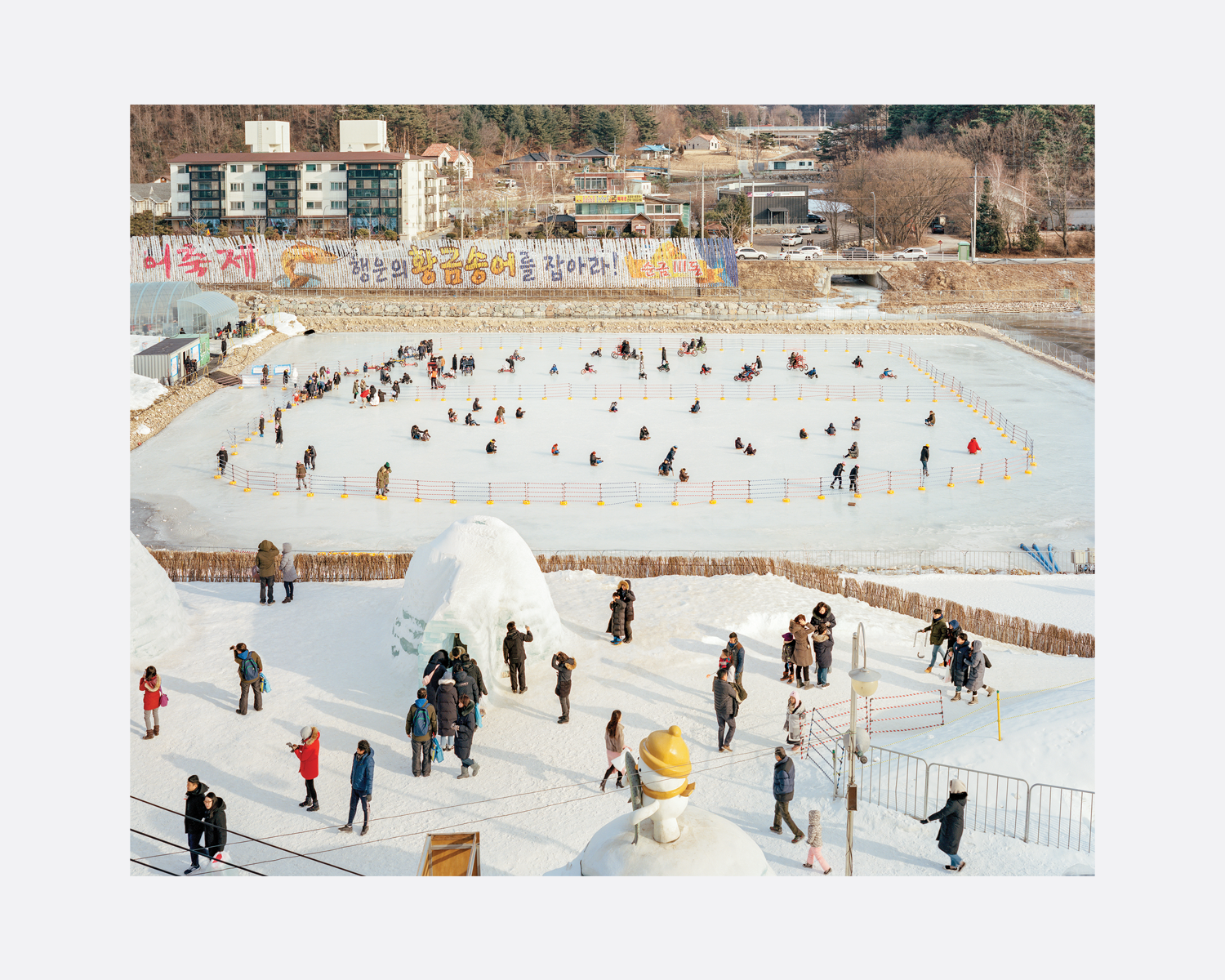 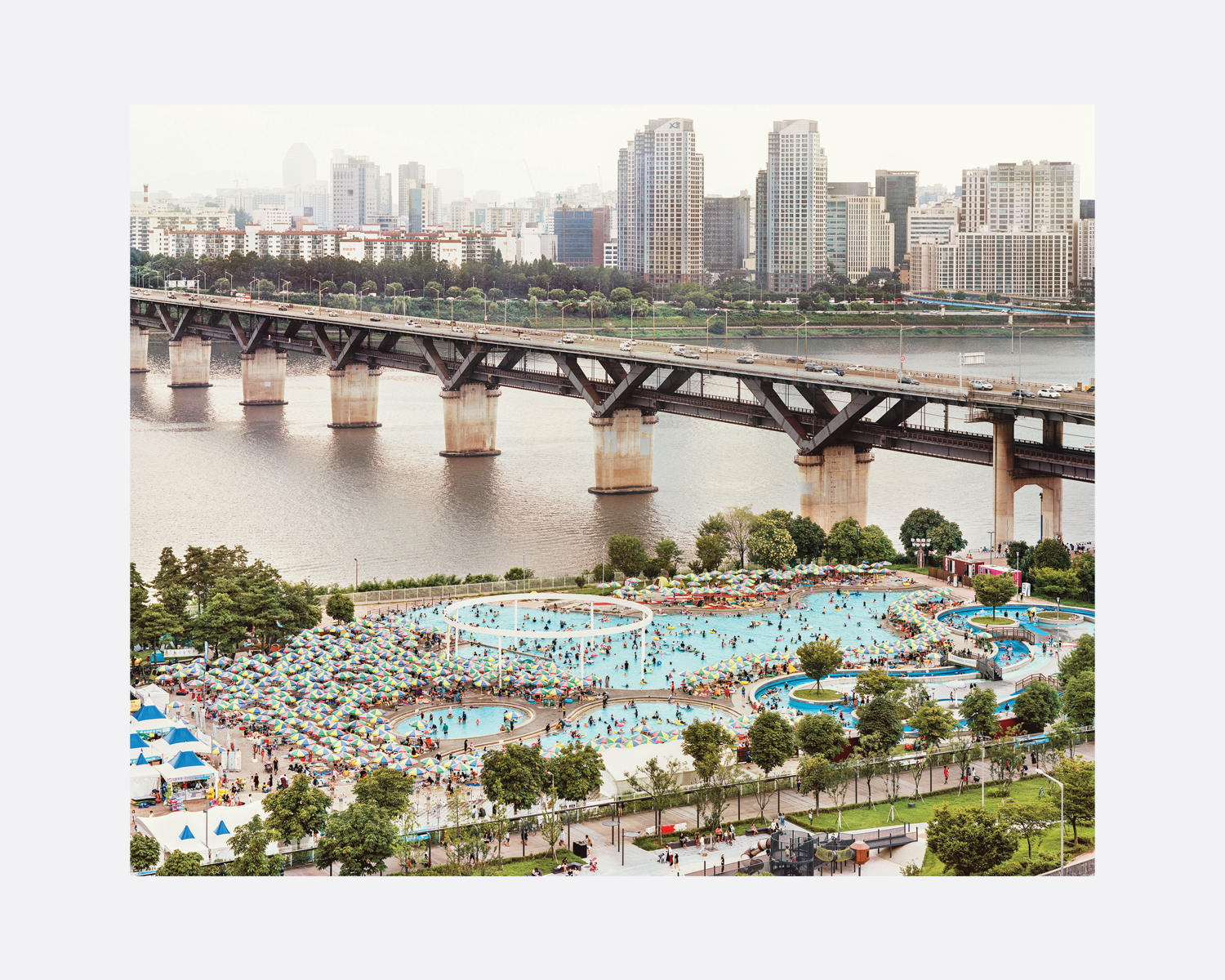 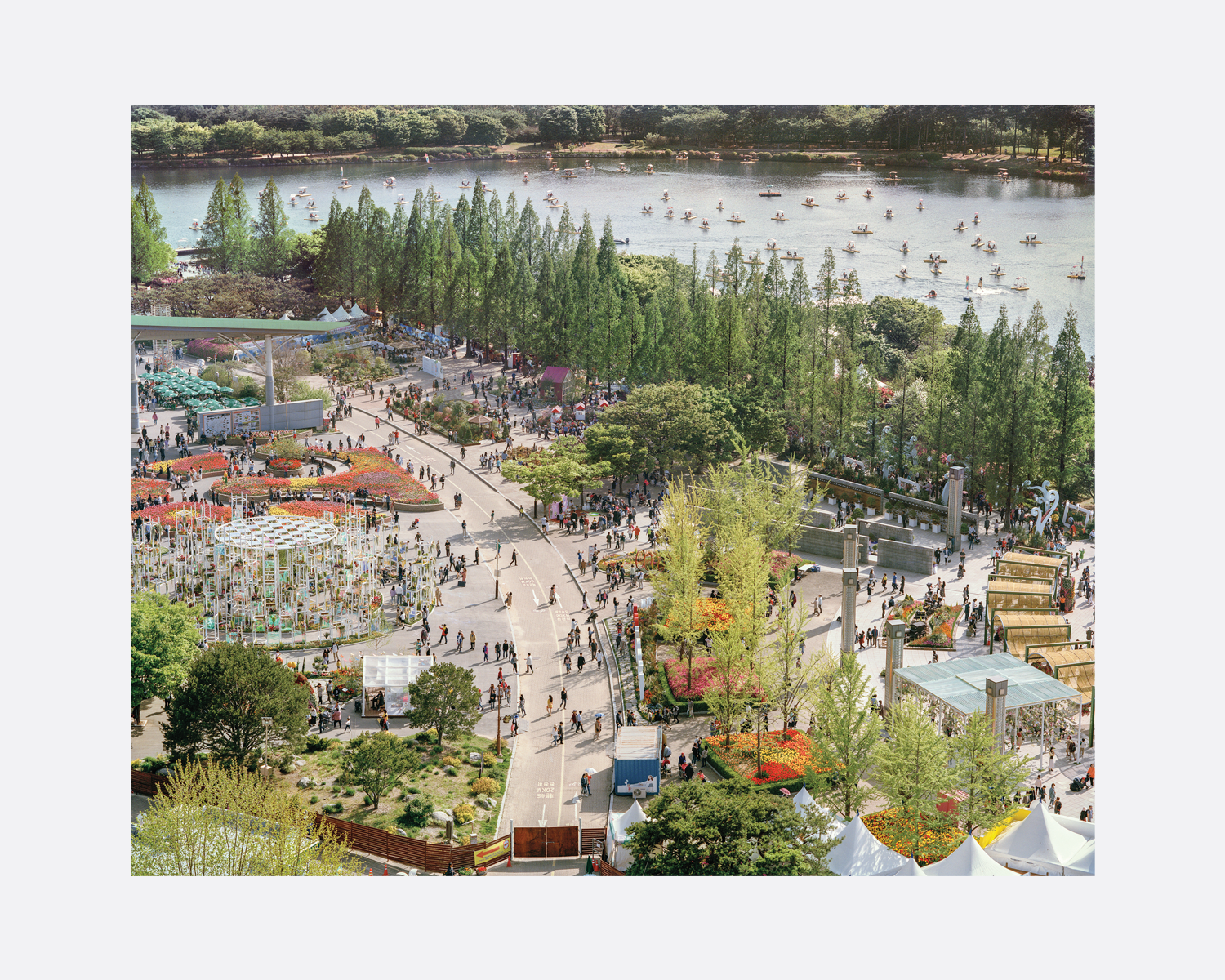 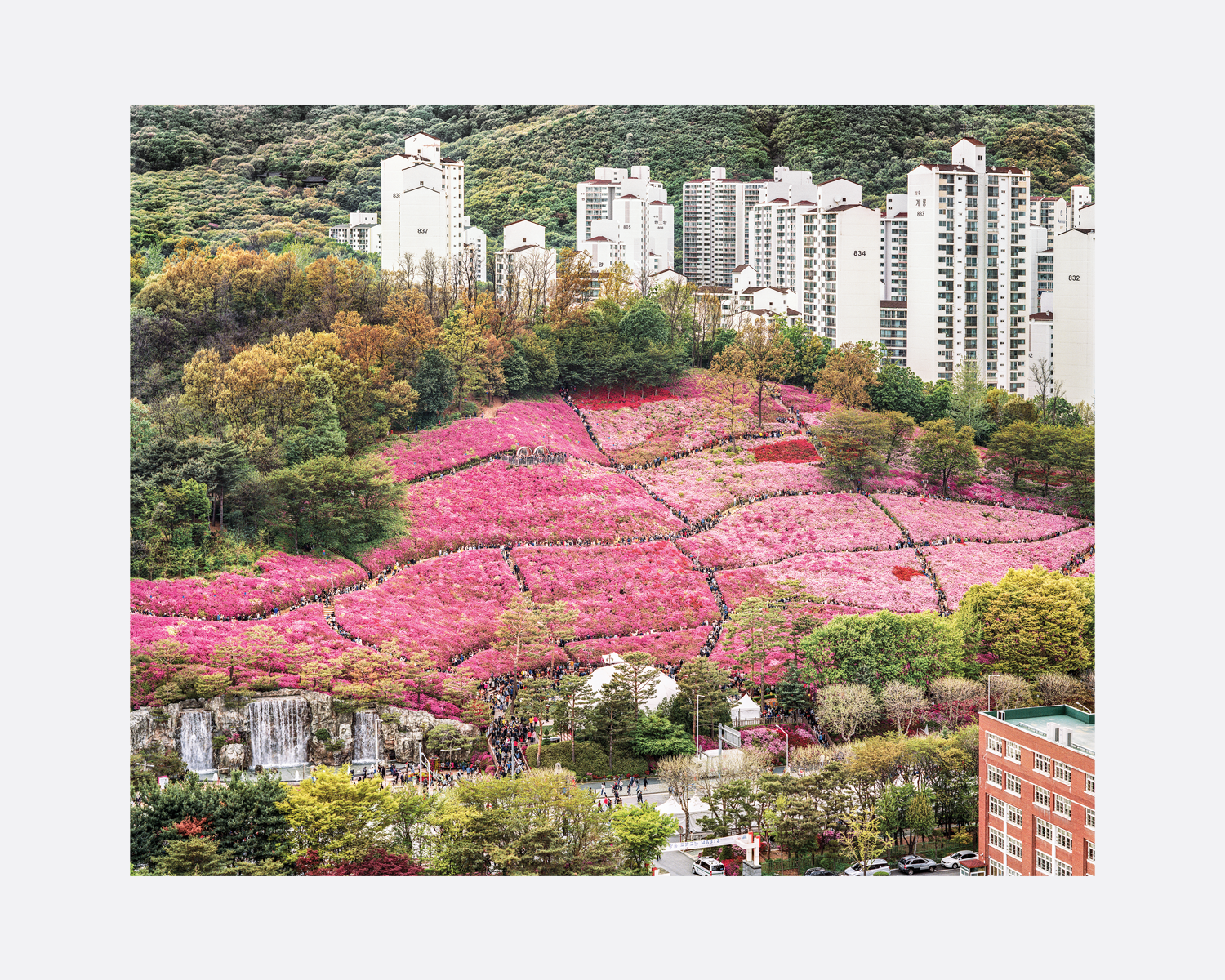 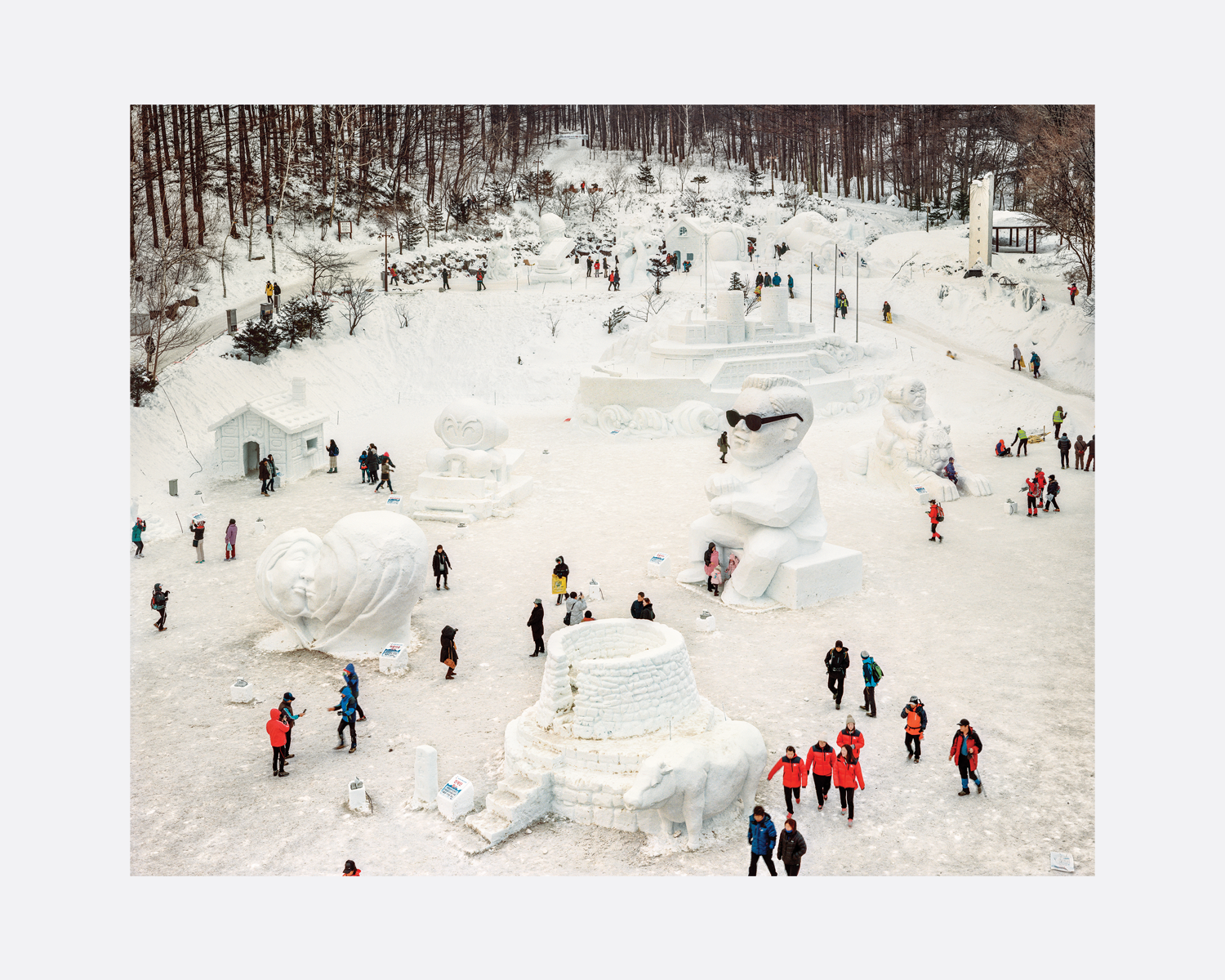 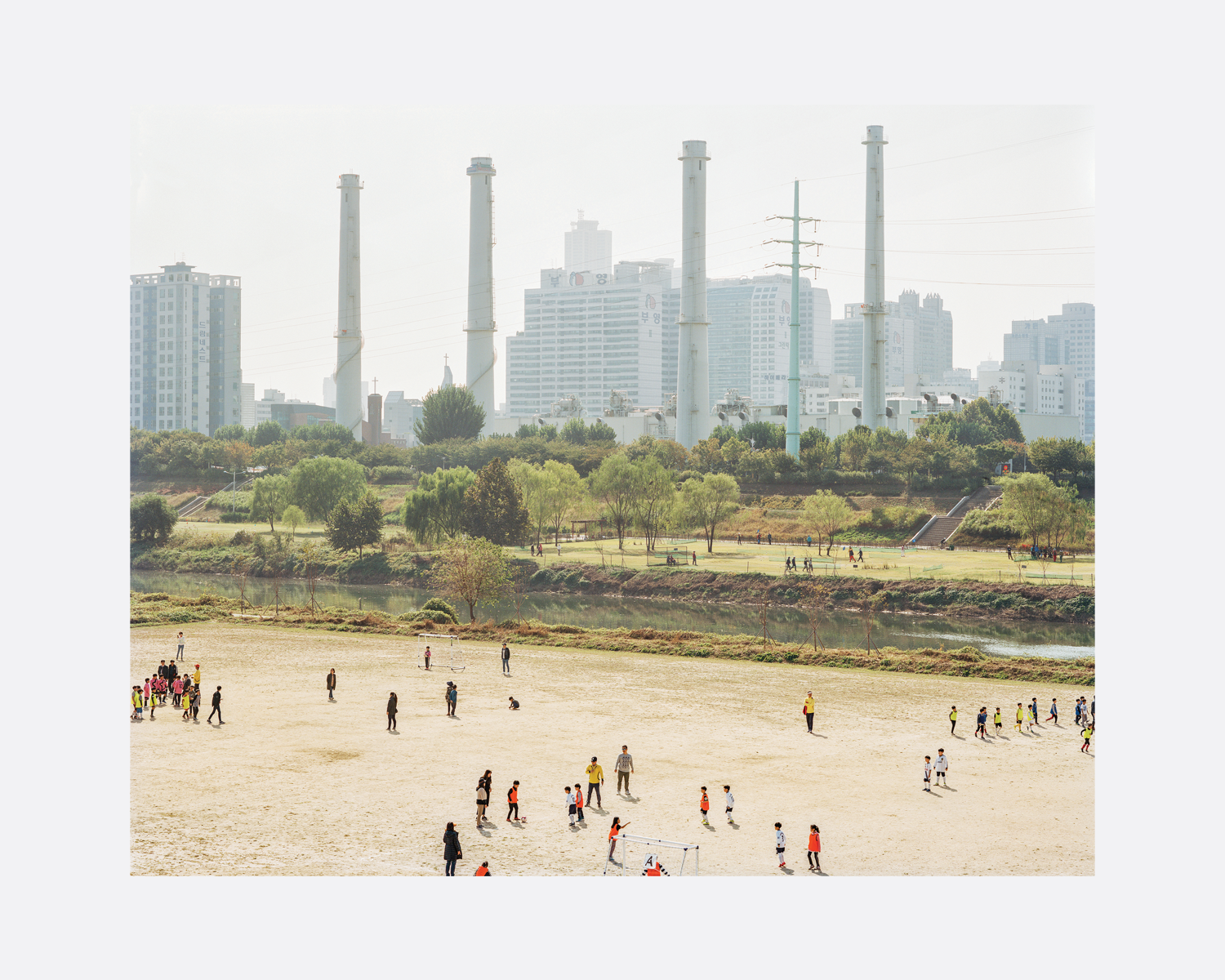 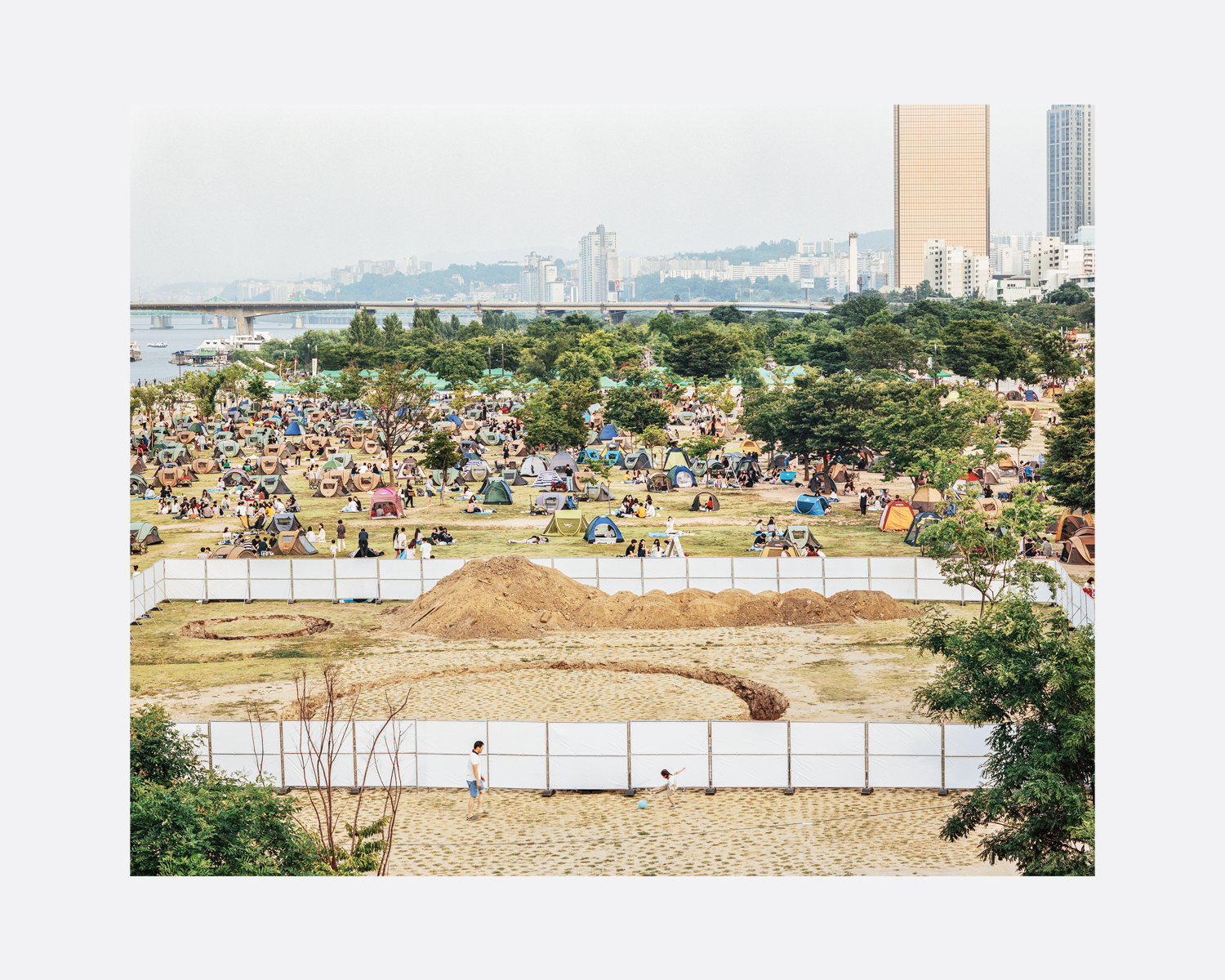 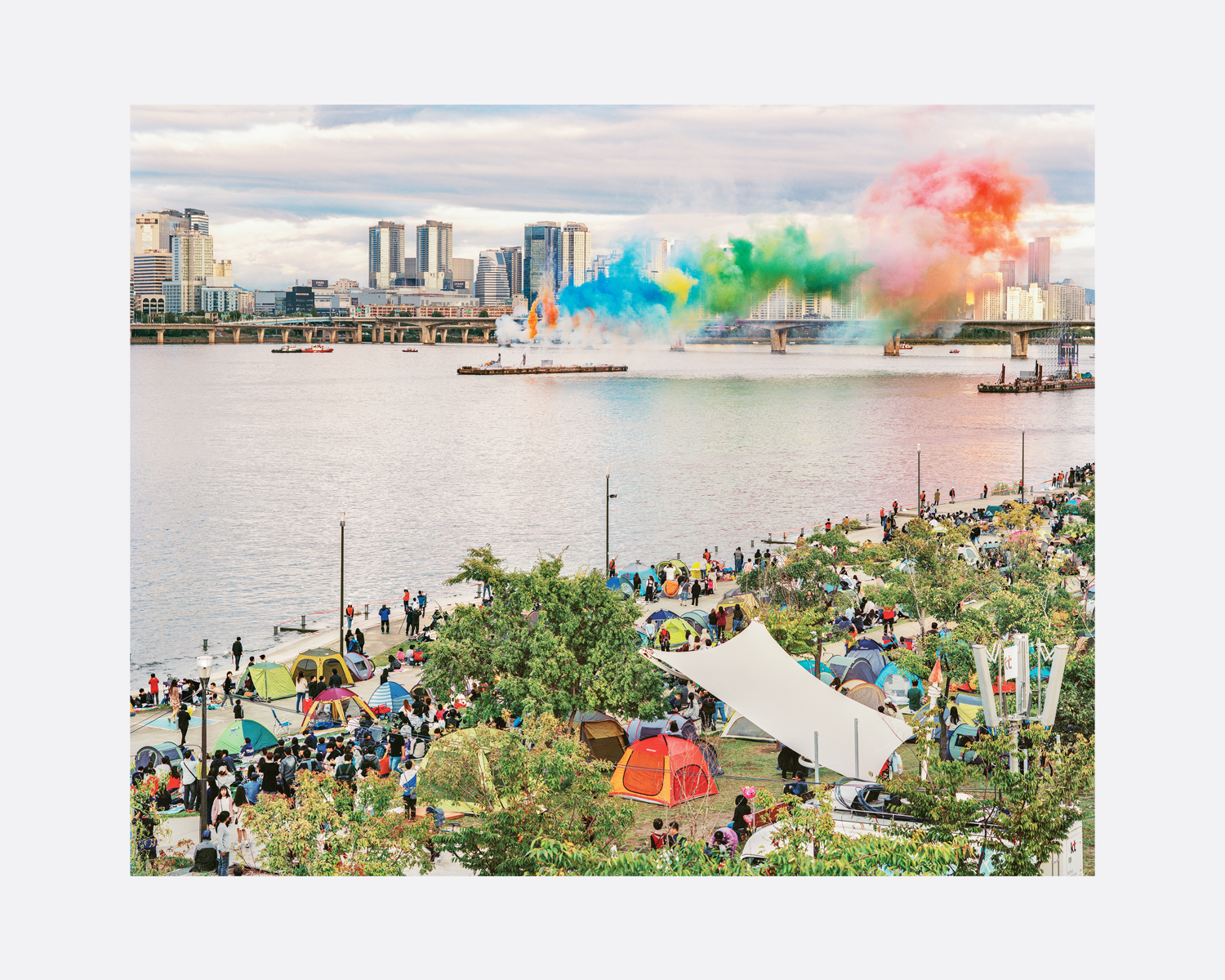 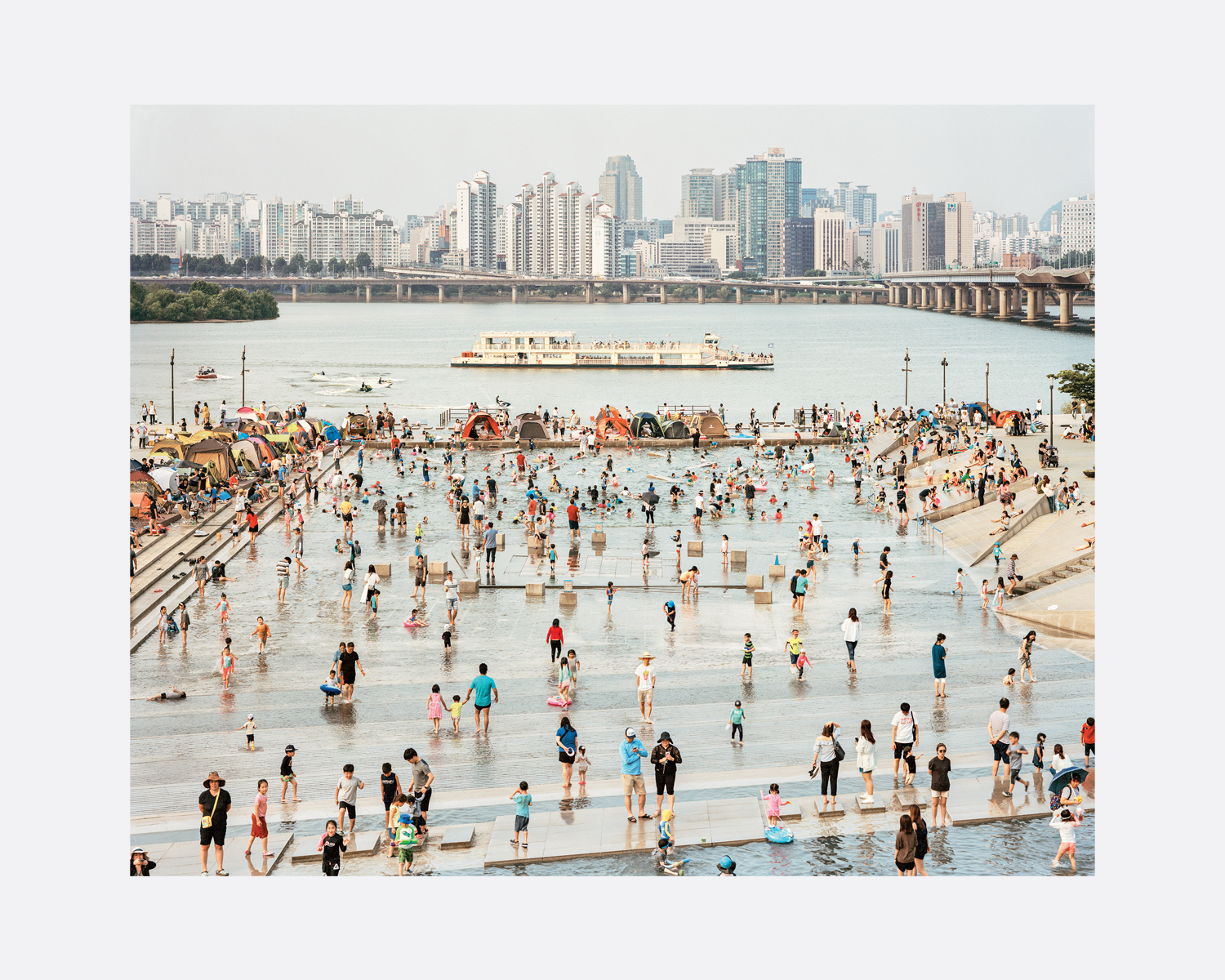 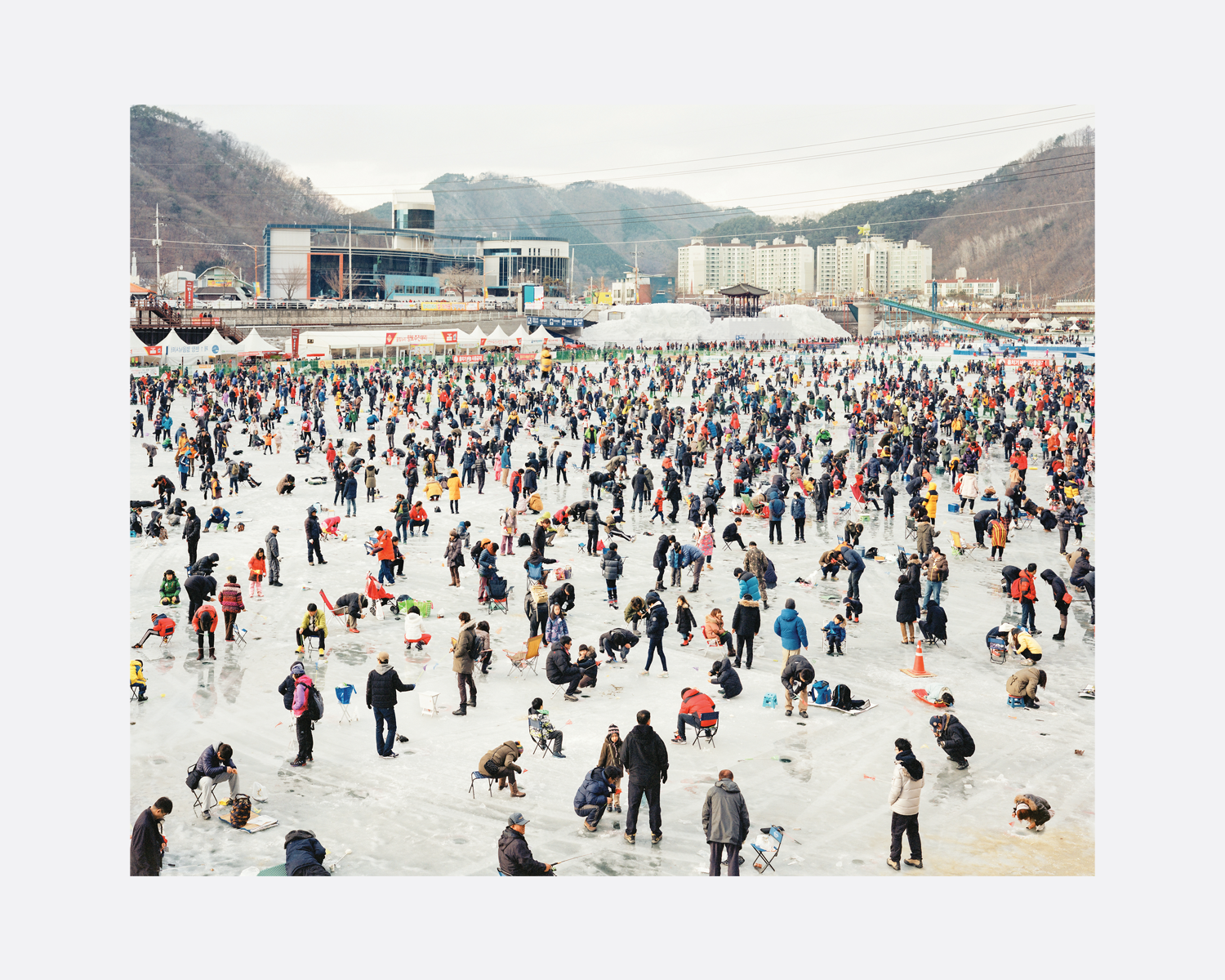 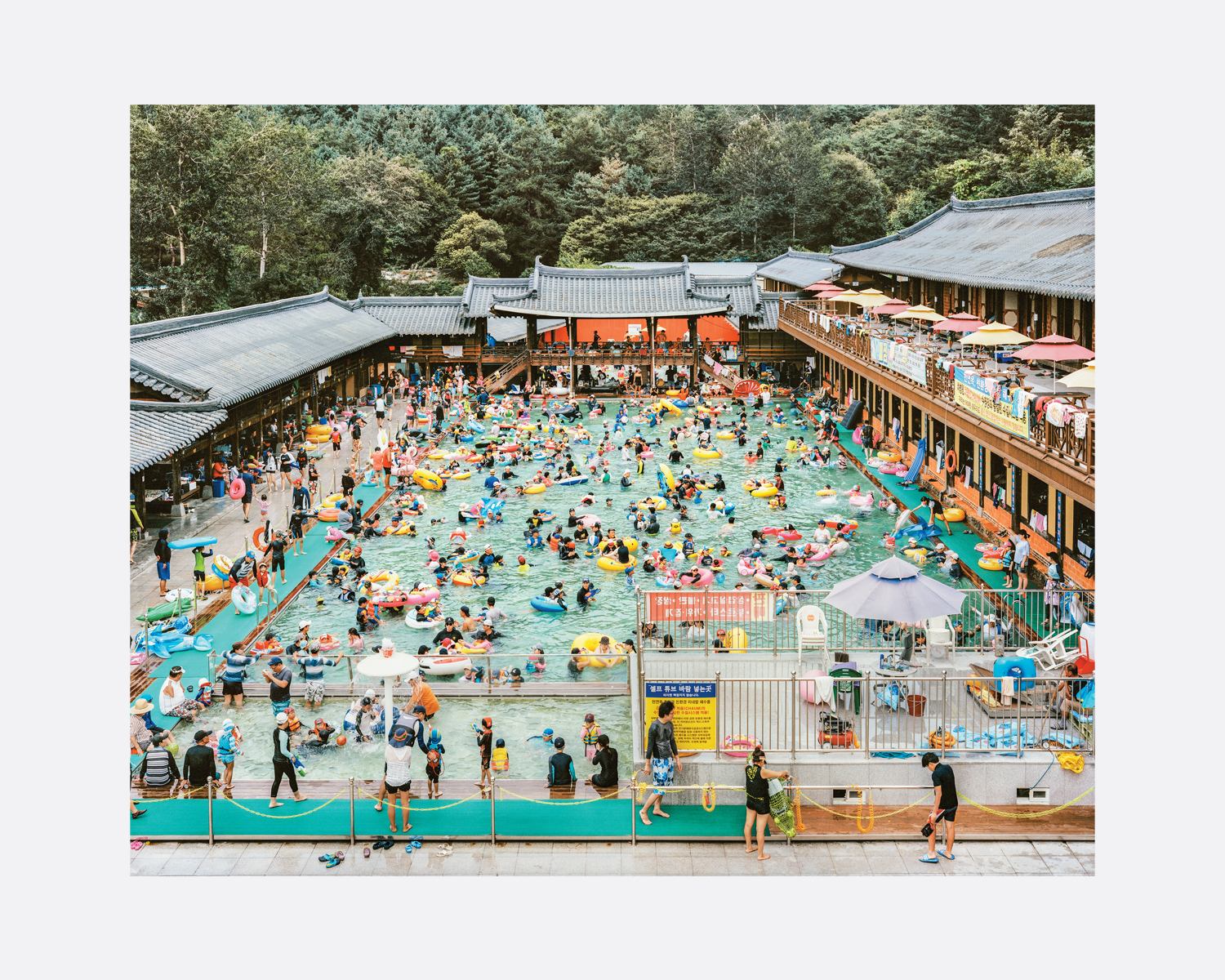 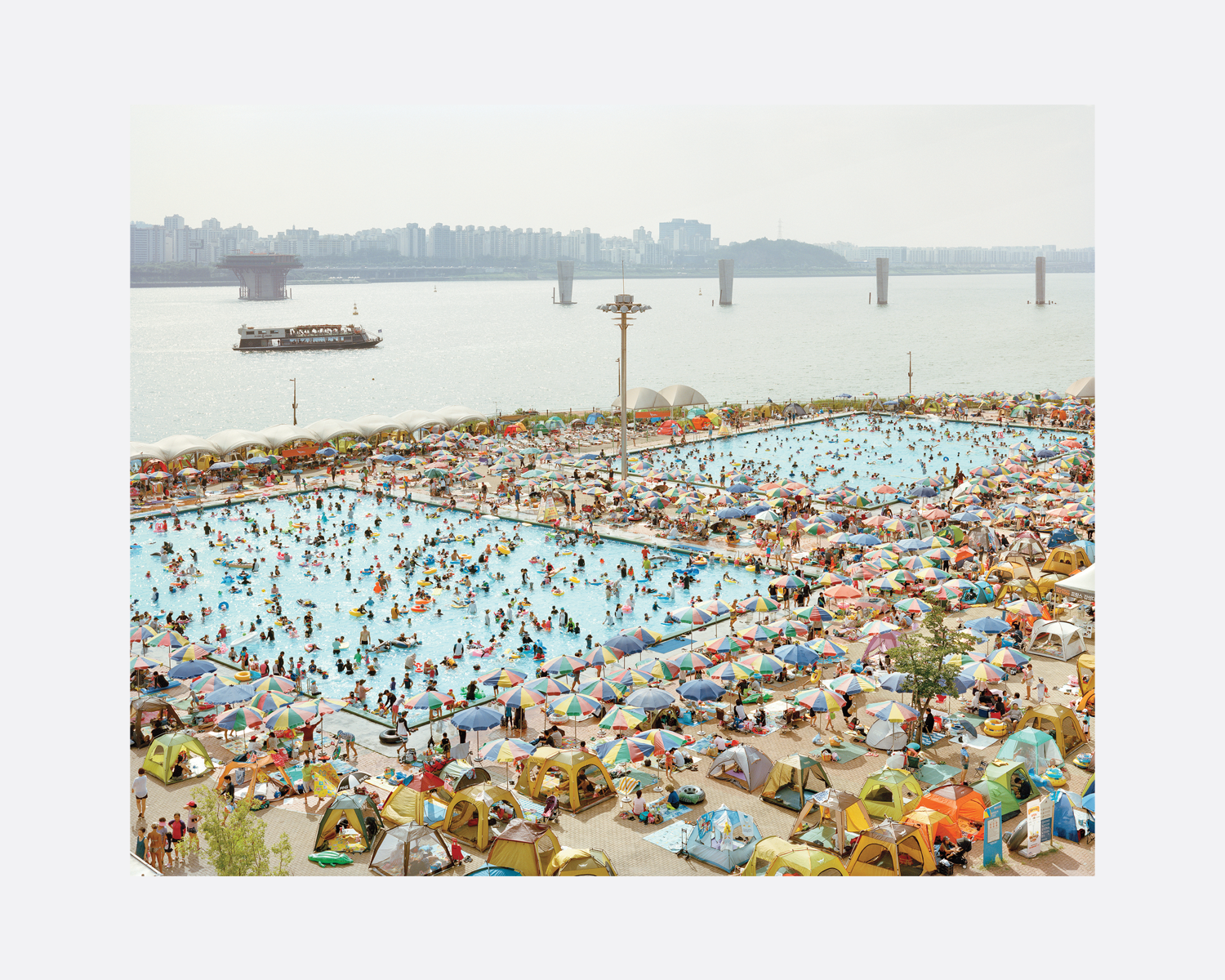 Korea has been developed rapidly over 40 years, which caused a lot of social ironies. One of the irony is long working hours with very short period of break. During holidays, Koreans try their best to enjoy it, but due to lack of time to travel, they spend time mostly around city. For these reasons, city’s time and space, social restriction and optimism, collective leisure and consumption are compressed. “Better Days” implies to Korean society.
—
I am interested in thinking about a city because it describes how we live. In this regard, living in a city shows the relationship between environment and humanism.

Born and raised in Seoul, Korea in 1979, Seunggu Kim lives and works in Seoul, South Korea. And he majored in photography in Sangmyung University and studied visual art at Korea National University of Arts. He would like to describe how we are living. He thought photography could show our ‘real world’. He wanted to balance the unnatural elements in the rectangle frame and describe that we are getting used to the social ironies of reality. Exhibitions have included Filter Space in Chicago, The Korea Society in New York, Aperture Gallery in New York, Format Photography Festival in Derby, Three Shadows Photography Art Centre in Beijing, Artbit Gallery, Post Territory Ujeongguk, Song Eun Artcube, Gyeonggi Museum of Modern Art, Art Sonje, Song Eun Art Space, Seoul Museum of Art, Seoul, Korea. Awards and Grants include ‘2020 Ten by Ten’, Houston FotoFest, Selected as a ‘Supported Artist of 2019 Solo Exhibition’, Filter Space, Chicago, Grand Prix Winner, Tokyo International Photography Competition, The Finalist of 2018 Art Photography, Lens Culture, Korean Photographer’s Fellowship of the year, KT&G, The Seoul Foundation for Arts and Culture, Korea, GoEun Art and Cultural Foundation, Korea, SongEun Art and Cultural Foundation.