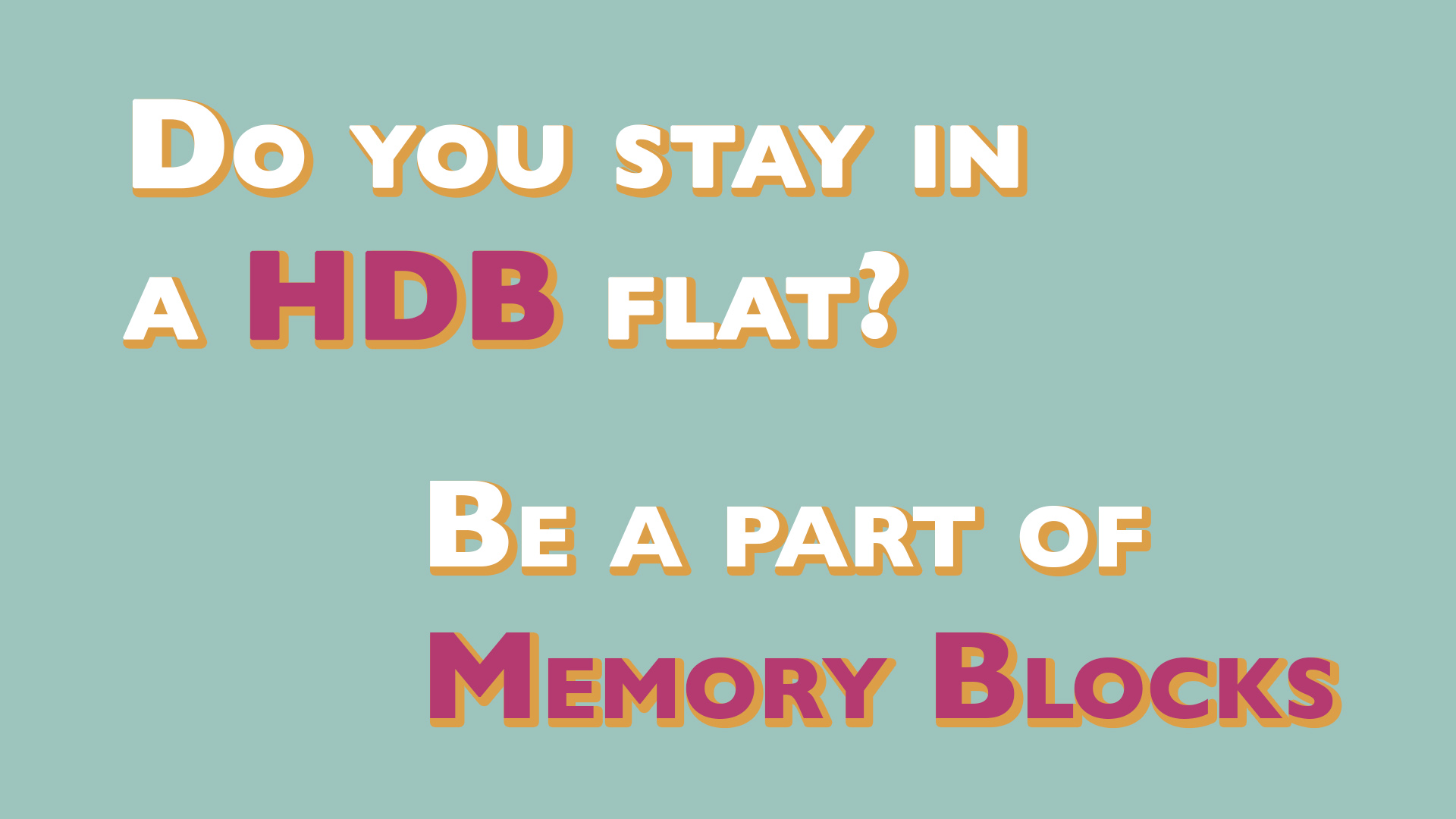 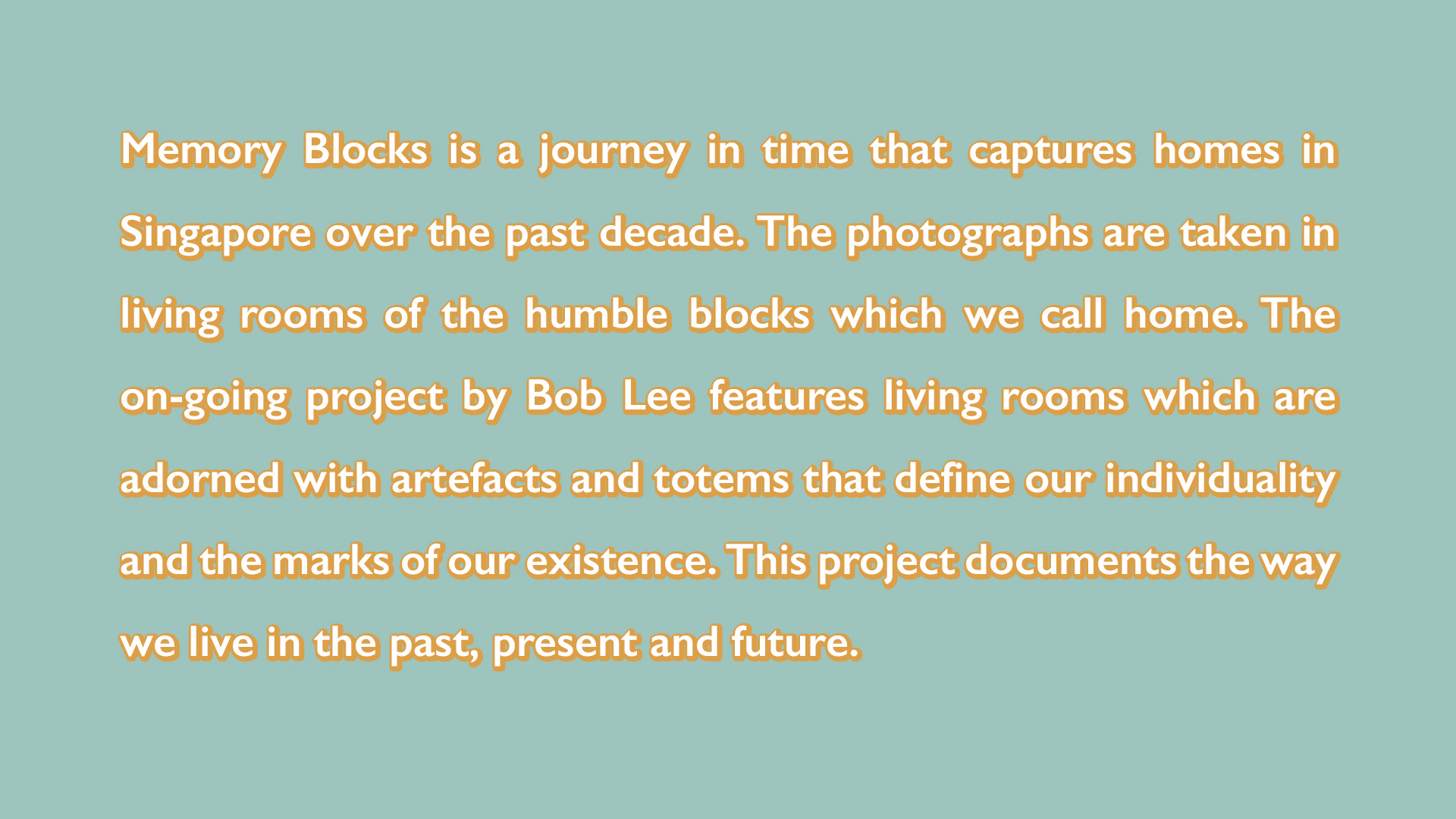 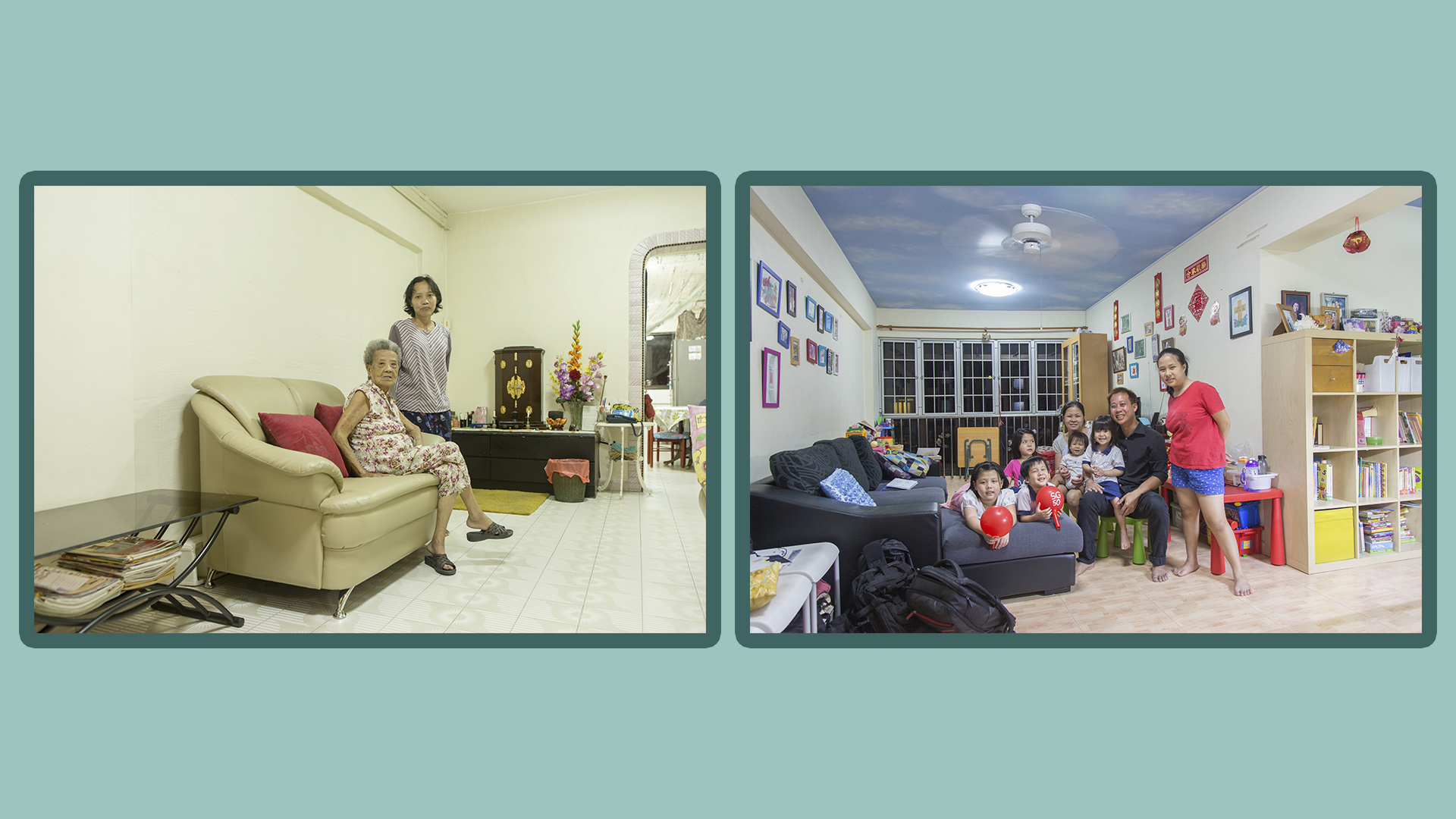 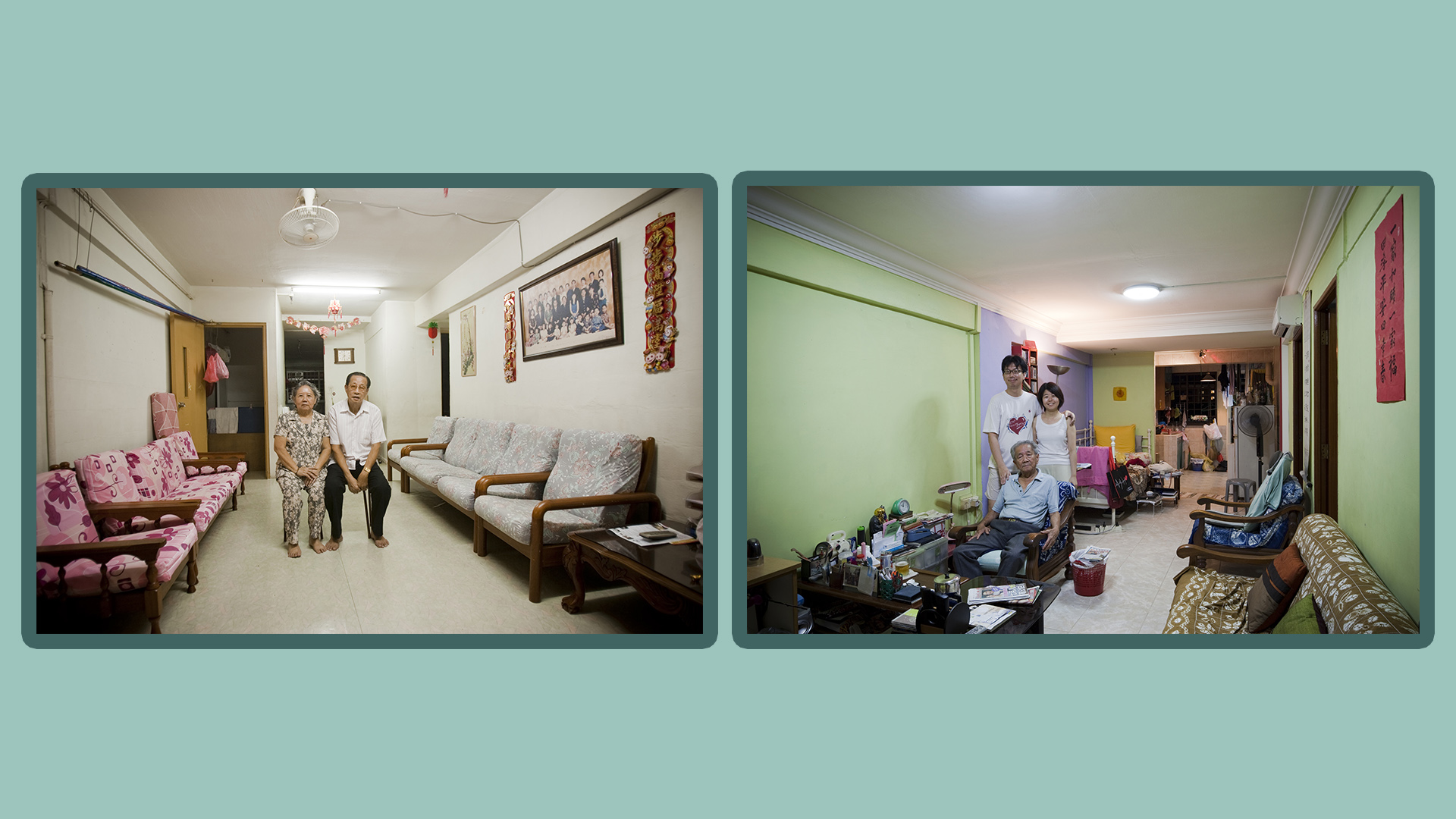 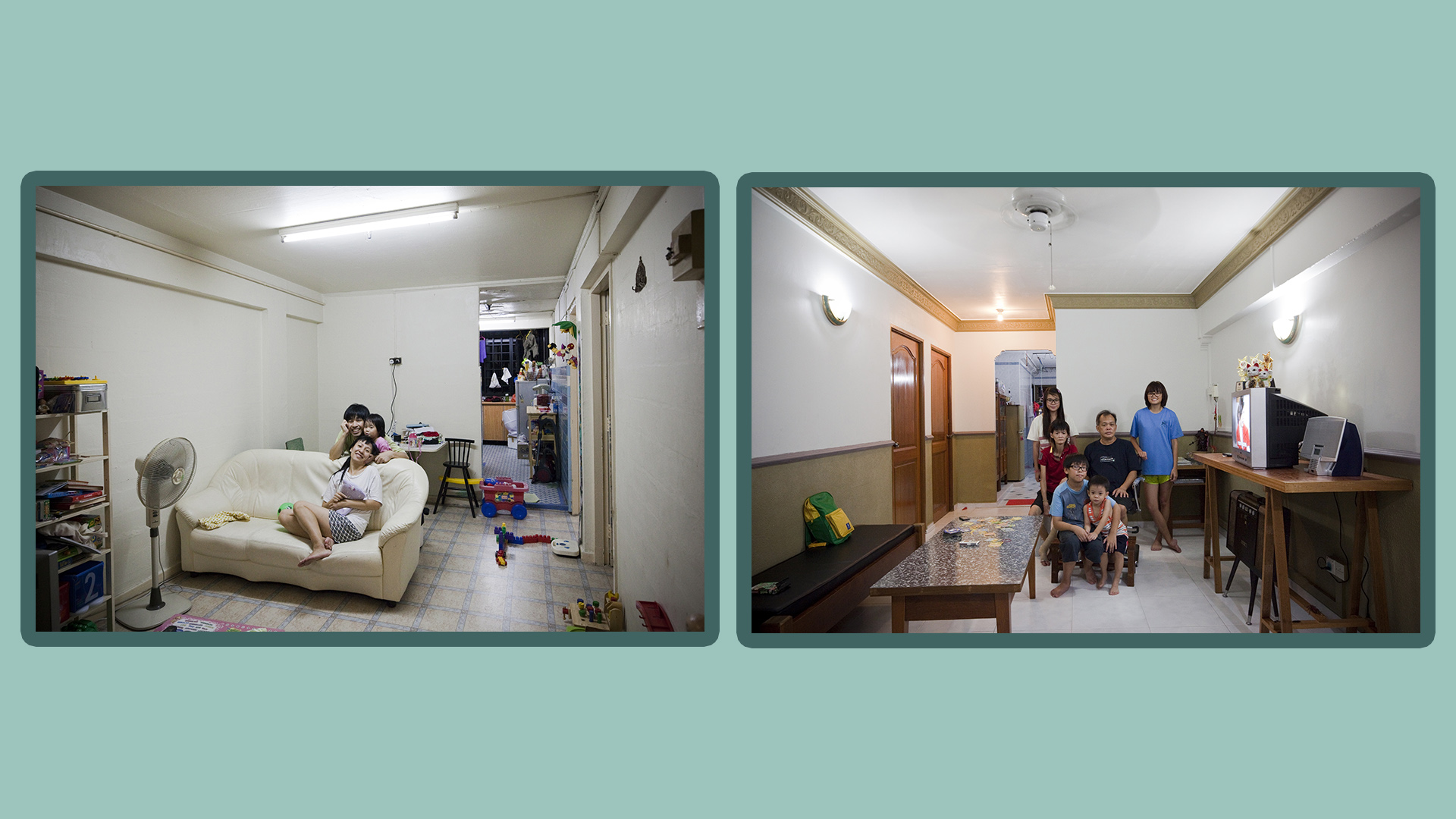 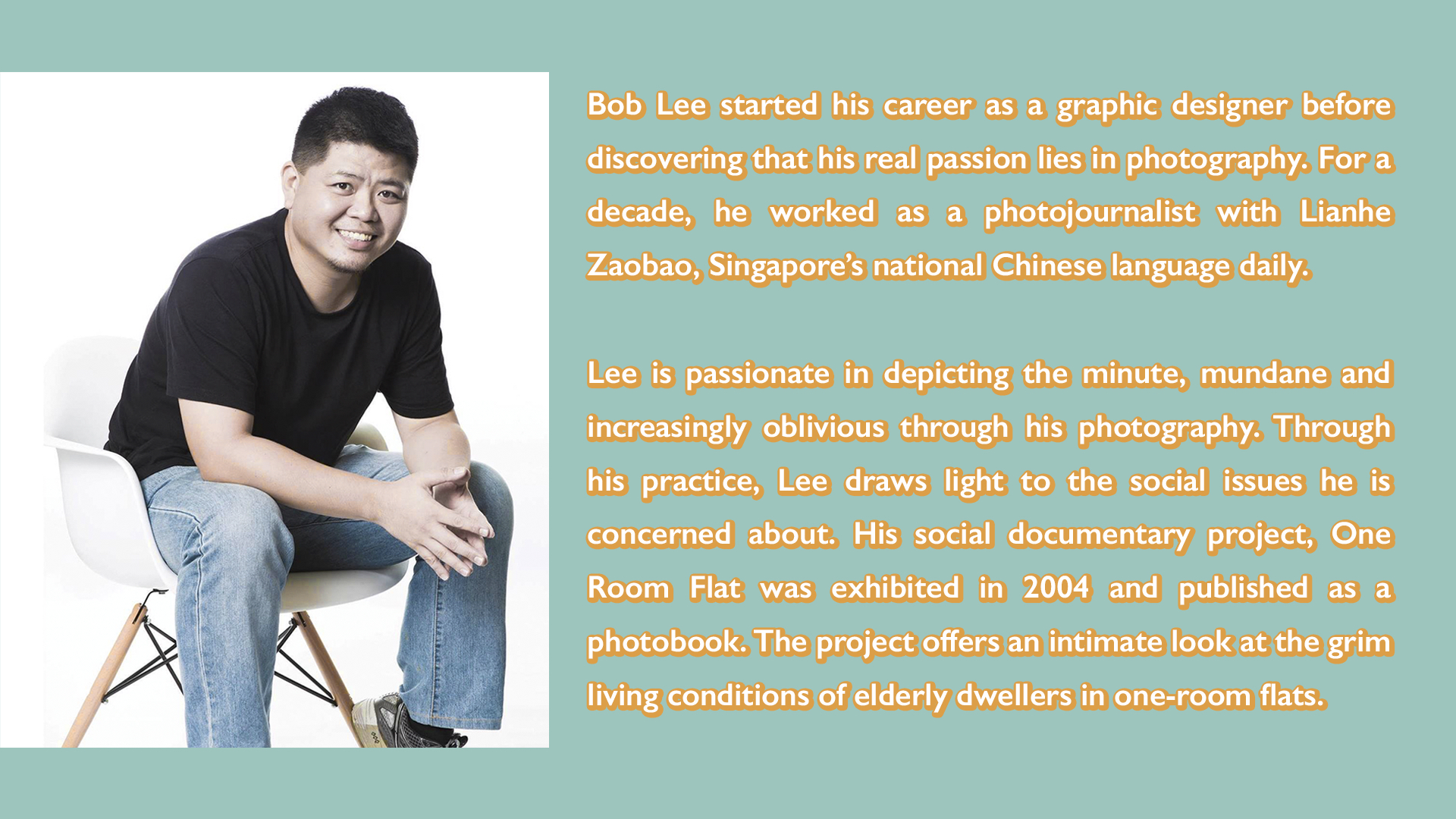 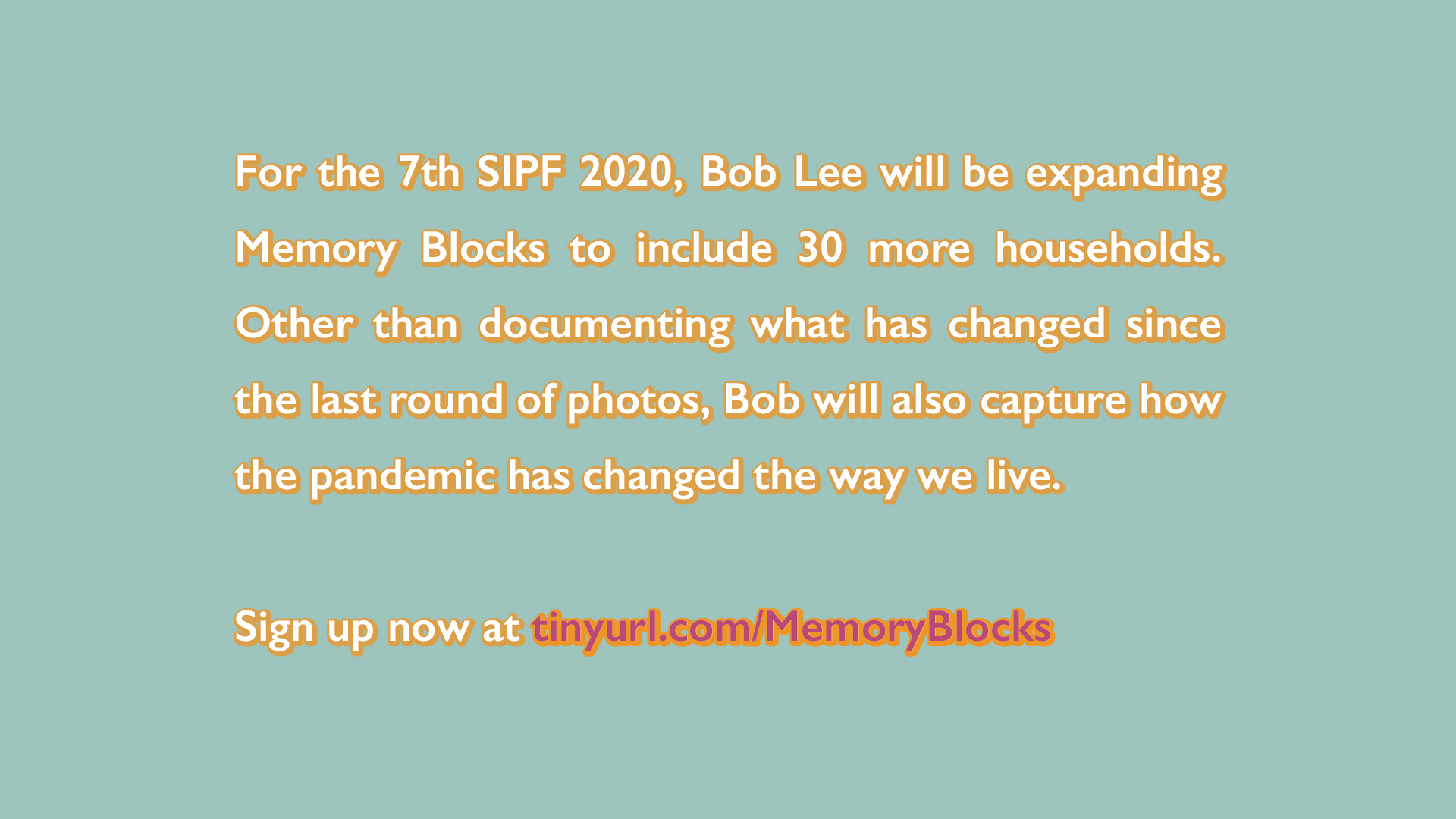 For the 7th SIPF 2020, Bob Lee will be expanding Memory Blocks to include 30 more households. Other than documenting what has changed since the last round of photos, Bob will also capture how the pandemic has changed the way we live.

Memory Blocks is a journey in time that captures homes in Singapore over the past decade. The on-going project by Bob Lee documents living rooms in the Housing Development Board (HDB). Since 2009, he has been taking portraits of families staying in HDB flats. The portraits are done in the living room, a potent site for familial interaction. Through committed and realistic depiction, Lee hopes that this collection will be a documentation of the way we live in the past, present and future.

Lee’s first encounter with HDB blocks was when he left Johor Bahru, Malaysia to come study in Singapore. His favourite pastime then was to people watch from the tenth-floor vantage point of his brother’s Woodlands flat.

Every evening as the day draws to an end, he will see homemakers preparing dinner for their respective families. It was interesting to see the adjoining scenes of different people engaging in the same activity played out in a gridded layout. This made Lee curious: did these homemakers know each other? Did they know if they were cooking the same dishes for dinner?

Colloquially referred to as “pigeonholes” by his parent’s generation, the HDB flats provided housing for nearly 80% of Singapore’s population. Viewed from afar, these high density, high rises do resemble pigeonholes. Yet, the idiosyncrasies of the different inhabitants shine through, especially in the evenings when everyone is home from work and school. As each family switch on their lights, set the table for dinner and sit down before the television together, the living rooms come to life.

Bob Lee started his career as a graphic designer before discovering that his real passion lies in photography. For a decade, he worked as a photojournalist with Lianhe Zaobao, Singapore’s national Chinese language daily.

Lee is passionate in depicting the minute, mundane and increasingly oblivious through his photography. Through his practice, Lee draws light to the social issues he is concerned about. His social documentary project, One Room Flat was exhibited in 2004 and published as a photobook. The project offers an intimate look at the grim living conditions of elderly dwellers in one-room flats.

Shoots will be scheduled from now till October.