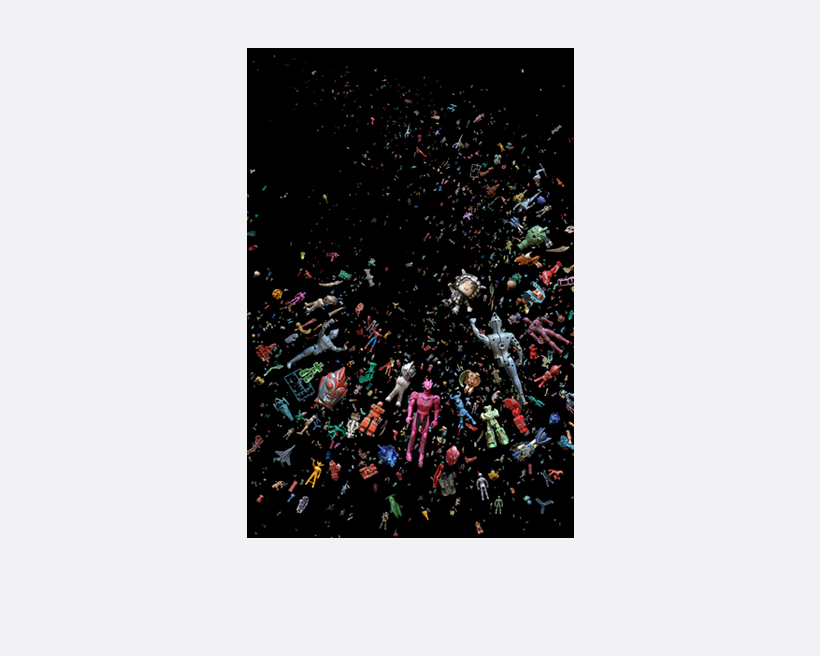 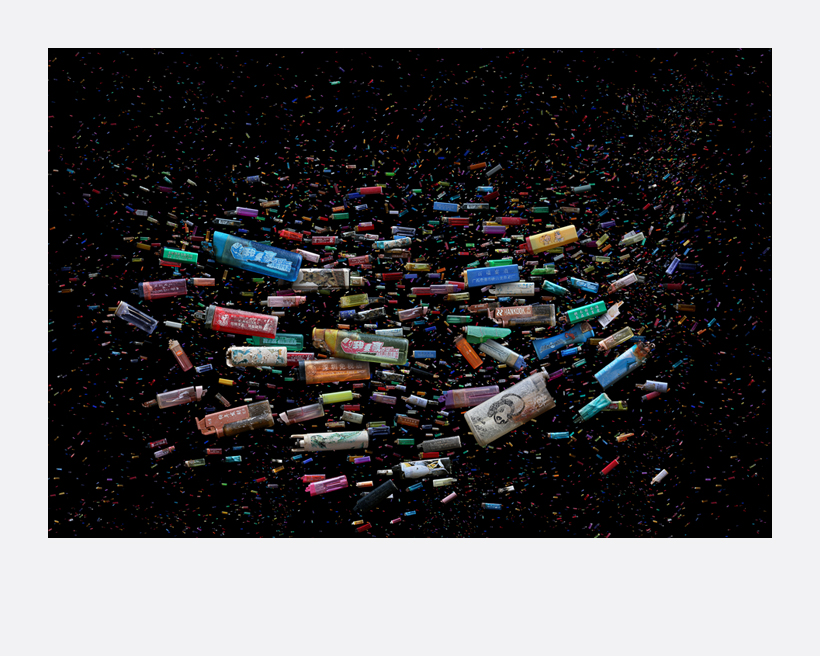 SOUP is a description given to plastic debris suspended in the sea, with particular reference to the mass accumulation that exists in an area of The North Pacific Ocean known as the Garbage Patch.

This series aims to engage with and stimulate an emotional response in the viewer by combining a contradiction between initial aesthetic attractions, with an awareness of the disturbing statistics that dispersed plastics have no boundaries, having a harmful affect on marine life and the biodiversity of the planet.

All the plastics photographed have been salvaged from beaches around the world and represent a global collection of debris that has existed for varying amounts of time in the world’s oceans. The first ten images represent the mass accumulation of plastic that exists in the North Pacific Gyre with plastic recovered from the UK, Europe and Alaska. The remaining ten images highlight the waste issue in Hong Kong with plastic debris collected from over 30 different beaches in Hong Kong over three years. This ongoing body of work aims to stimulate a response and create an awareness to encourage social responsibility.

Her series, SOUP, has been published in over 20 countries including TIME, Smithsonian, The Guardian, The Financial Times, GEO and The Explorers Journal. She has exhibited globally from The Photographers’ Gallery, Somerset House, The Mall and Cork Street Galleries in London, to The Aperture Foundation New York and The Science and Technology Park in Hong Kong. Her work is currently touring the United States as part of the exhibition, Gyre: The Plastic Ocean, that began at The Anchorage Museum in Alaska. She has received many awards, including LensCulture Earth Award 2015 and the 2014 International Photography Award in the Editorial Environmental Professional category; she has also been nominated twice for the prestigious Prix Pictet, the world’s leading photographic award in sustainability.

In 2012 she was awarded The Royal Photographic Society’s Environmental bursary enabling her to join scientists in a research expedition to examine the accumulation of marine plastic debris in the tsunami debris field in the Pacific Ocean. The opportunity, which sailed from Japan to Hawaii allowed her to create the series SHOAL, whilst providing a solid foundation for her continuing work. Barker speaks internationally about her work and was invited as a guest speaker to the Plastic Free Seas youth conference 2013 in Hong Kong. She has contributed to many book publications and articles including a publication for CNN International concerning arts relationship with the environment.

Her work was featured on TIME Magazine’s, LightBox, for Earth Day 2012 and she was interviewed live for ‘Connect the World’ on CNN News US, for her series PENALTY during the time of the FIFA World Cup 2014.