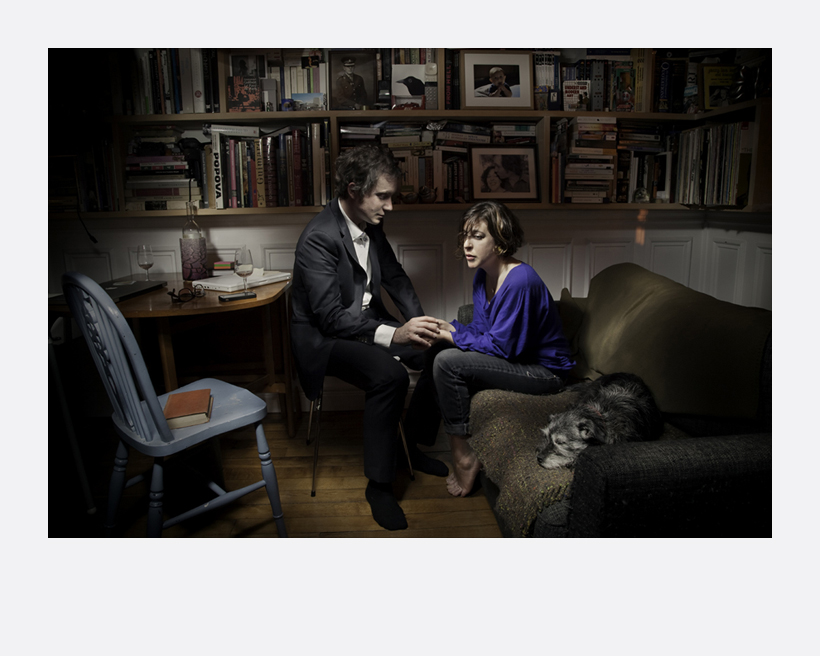 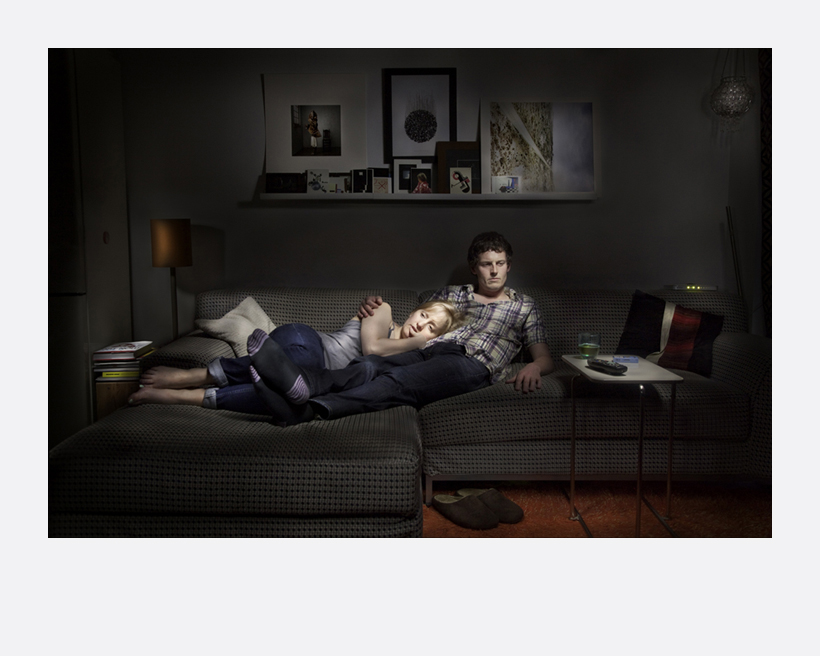 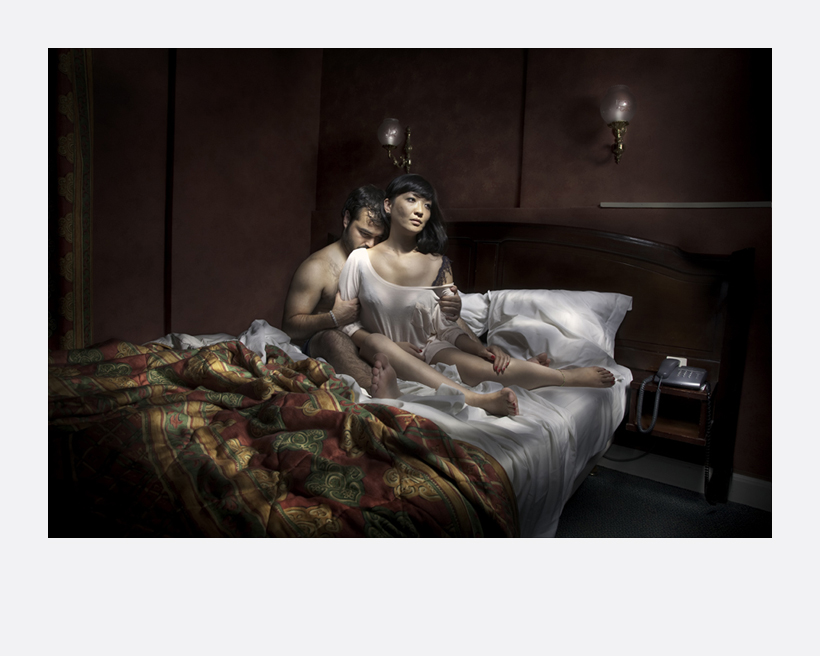 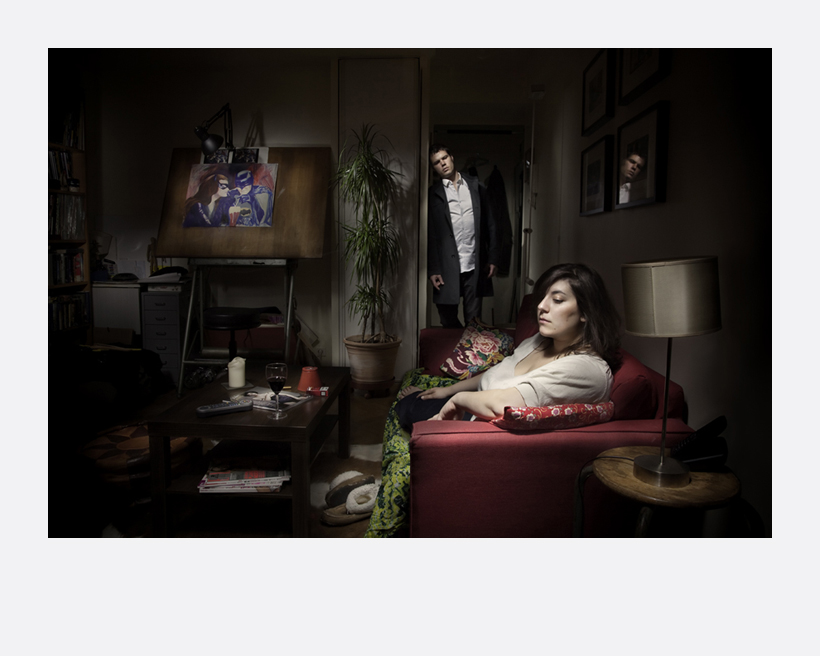 These portraits of young couples living together in Paris, London and Brighton are a departure from the traditional image of the happy, loving couples within vernacular photography and instead address the hidden, melancholic moments of coexistence.

I looked into the lives of others to understand how people relate on an intimate level when living side by side, day by day, by exploring the disparity between each partner striving for personal freedom and identity, alongside the need to act as part of a whole in creating a shared and unified reality. Entering the homes of real couples, I asked them to be part of a story, to narrate a moment within two lovers’ lives, when communication falters and unity falls apart. I photographed the sadness, tension and boredom, which is present in all couples’ lives at some point. They are actors within their own lives, playing out scenarios from my personal experiences and imagination. I grew up with the illusion that being in love was the ultimate answer. This project is my quest for an understanding, and a chance for others to glimpse into hidden worlds that may reflect their own.

About the Artist
Laura Stevens (UK, b.1977) born in the UK is currently based in Paris. She received an MA in photography from the University of Brighton, England, in 2007. Her photography has received awards including a Px3 Gold Medal for Fine Art/People 2012, Magenta Flash Forward 2012, Honourable Mention in the Lens Culture Exposure Awards 2011, finalist in the Peaches and Cream competition and a Julia Margaret Cameron Award. Stevens’ photographs have been exhibited internationally, in group and solo shows, such as The Latvian Museum of Photography, Galerie Huit in Rencontres d’Arles and the Foto8 Summershow in London. Her work has been featured in The British Journal of Photography, PHOTO+, F2 Magazine, Conscientious and The Times.