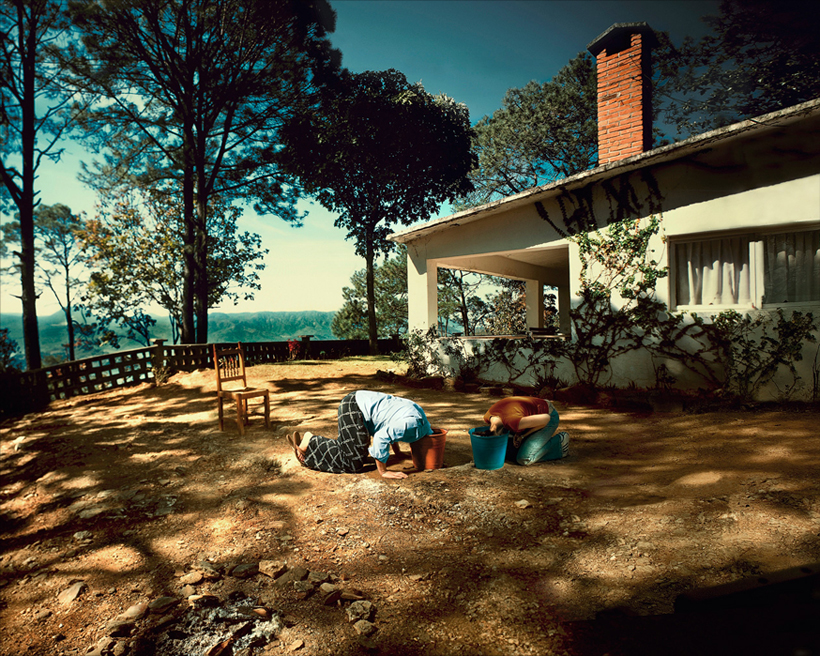 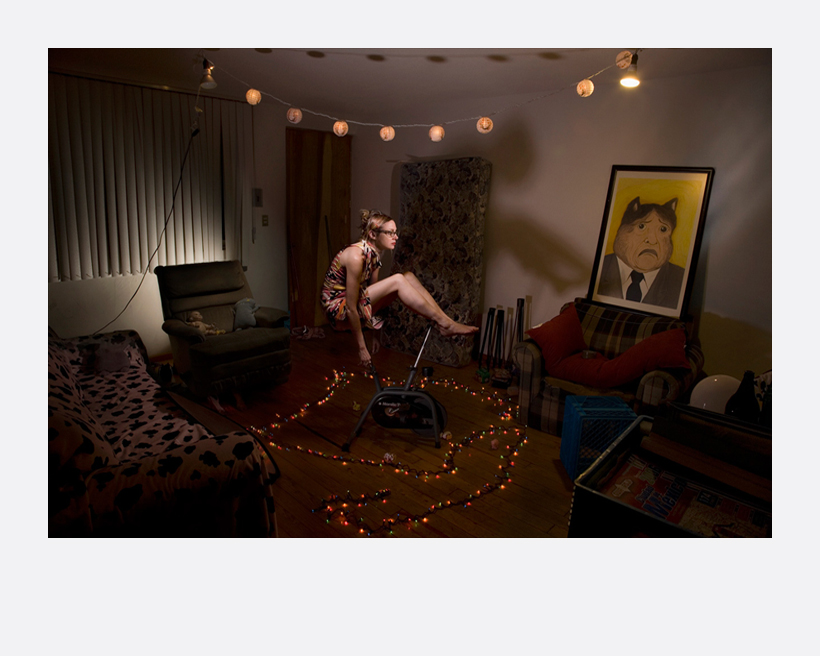 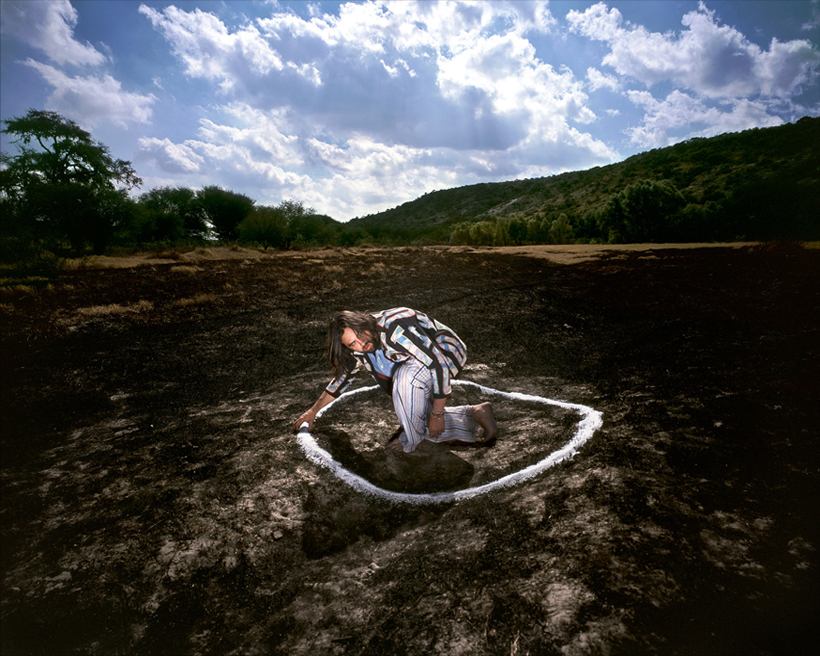 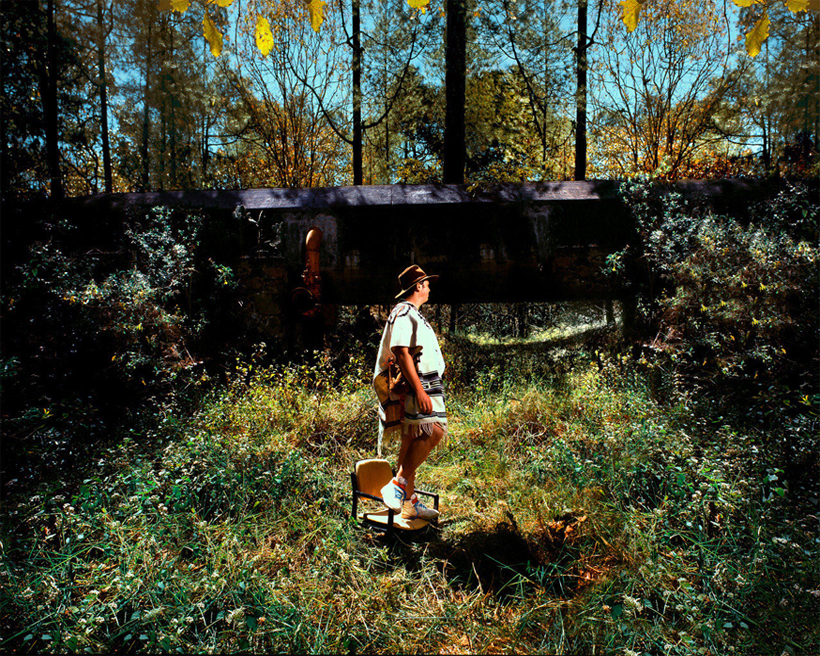 We have become a society that atomises and isolates the individual. Co-dependence on technology has made us into individualistic beings eager to consume, in search of a seemingly ethereal pleasure. Instead of recognising and getting to know one another and in an organic way, we are supplanting human interaction with a virtual simulation of it, hence diminishing one’s search for inner and psychic freedom. What is the meaning of the word faith? The artist explores the act of faith in contemporary life, without being bound to religion. This exploration acts as a form of mental liberation for the artist who generates absurd realities in scenes to be caught by the camera. It is a route towards introspection, contemplation and self-liberation, where infinity is revealed in moments of inspiration. It extends into the human consciousness where faith replaces logic in an eternal cycle.

About the Artist
Fernando Montiel Klint (Mexico, b.1978) was born in Mexico City. He studied photography at the Escuela Activa de Fotografìa and Centro de la Imágen. His works have been exhibited around the world in individual exhibitions such as “Acts of Faith” in Fernando Pradilla Gallery, PhotoEspaña 2011, “No Escape”, at San Antonio Museum of Art in 2010, and “Nirvana”, in Galeria Cero, Bogota, Colombia. Group exhibitions include “Worlds of Mexico”, “25 Contemporary Photographers, Ireland, Poland, Spain and Belgium” at the Bozar in the Palace of Fine Arts, Belgium, 2011, Possible Worlds, Art Museum of the Americas, Arte Moderno de Chile, 2010, Revolution and Commerce curated by Trisha Ziff, the Victoria & Albert Museum, London, Santralistanbul at EstambulBilgi University in Turkey, the Palau de la Virreina in Barcelona, La Triennale of Milan, and Chobi Mei, Bangladesh. He was recently invited to Rencontres d’Arles 2011 for an individual show “Actos de Fe”.