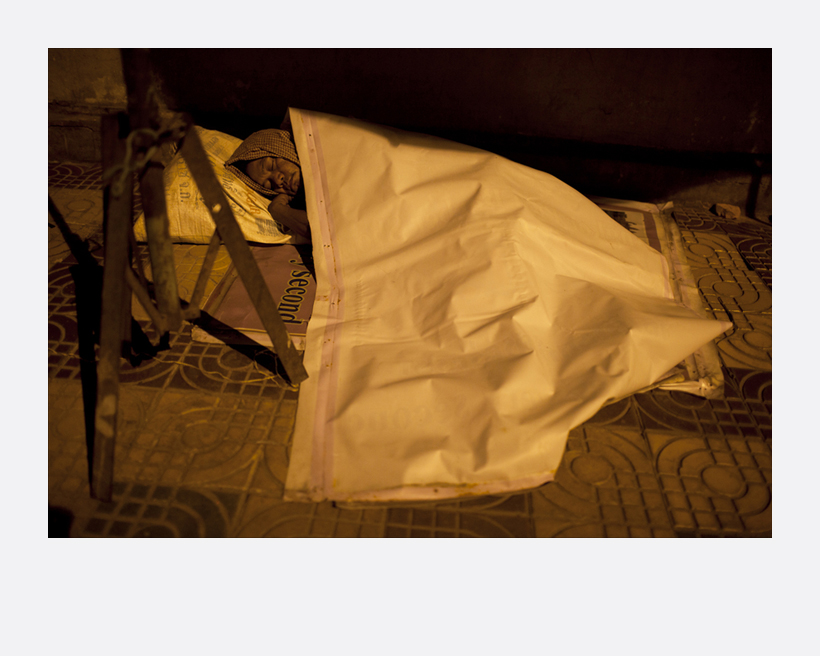 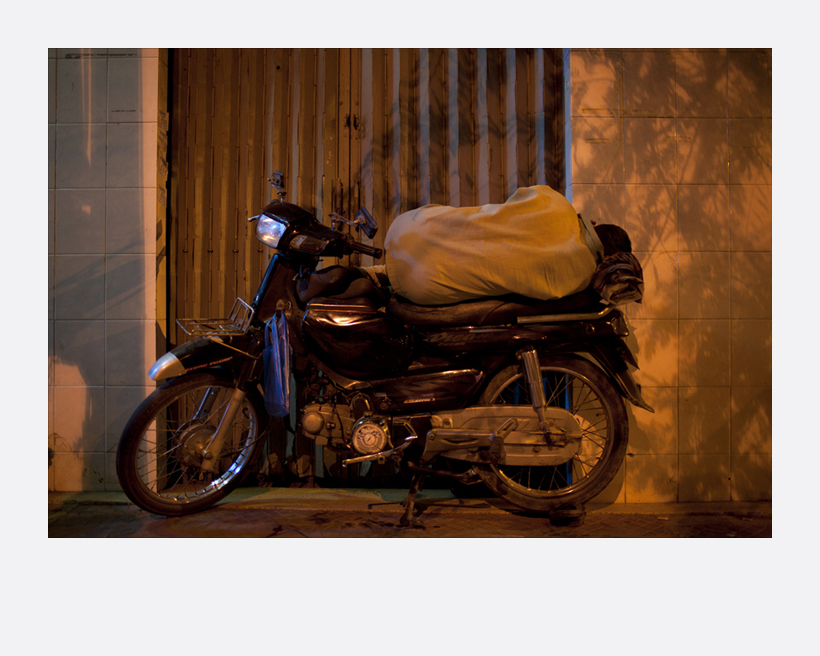 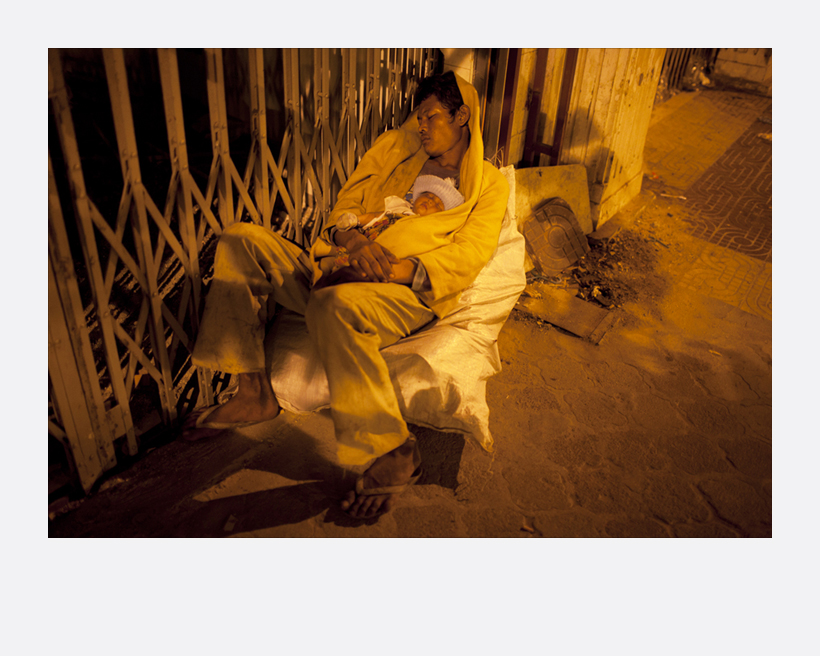 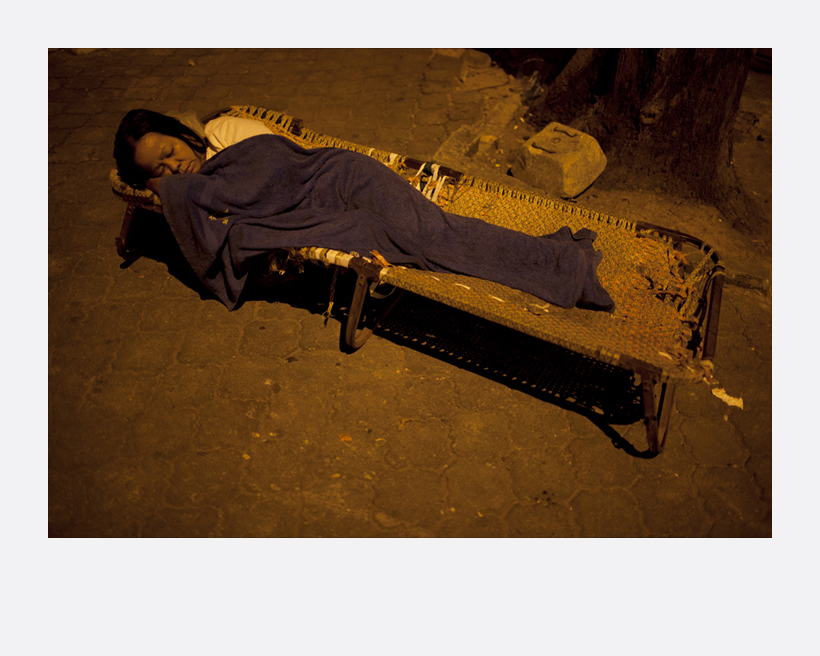 In 2000, I was a teenager hanging out with my friends and could not return home after midnight. We decided to sleep along the streets in Siem Reap province and we thought it fun. In 2006, after attending a holy prayer and performance at a Hindu temple in Ubud, Bali, I was caught in a heavy rain and could not pass the jungle that stood between the temple and my accommodation. I decided to spend the night at the courtyard of a shop, alone. In 2011, I travelled for the first time to France and saw people sleeping in metros and along the streets. I was told that people die from sleeping on the streets every winter. By the end of 2011, I had begun photographing the people who sleep at Pak Klong Talad market in Bangkok. Their situations seem to  be different as these are people who worked in the market. With these experiences, I began to shoot After 12 in Phnom Penh, unearthing that beyond homelessness and poverty, there are other reasons that turn people to spend the night on the streets such as disability, family issues, issues of exile, homosexual, violence, and so on.

About the Artist
Kim Hak (Cambodia, b.1981) born in Battambang, Cambodia, is a Cambodia-based photographer with an international portfolio. His works have been exhibited at Photo Phnom Penh 2010, PHOTO Quai Paris 2011, The East Gallery Toronto 2012, World Event Young Artists Nottingham 2012, International Multimedia Art Festival Yangon 2012 and his portfolios have been published locally and internationally in publications such as Chine Plus (France), Images Magazine (France), Libération (France), Ojo de Pez (Spain), Internazionale(Italy), and on websites of La Lettre (France), Invisible Photography Asia (Singapore) and in Phnom Penh Post. In 2011,
he was awarded the international prize of “Artistic Creation Project 2011” by Musée du quai Branly in Paris. He began to share his knowledge in photography with Cambodian children by offering workshops to street and deaf children of Kruosar Thmey Phnom Penh in 2011, Anjali House Siem Reap in 2011 & 2012 (Angkor Photo Festival) and Our City 2012.