Stéphan Gladieu was born in 1969 and lives and works in Paris. He began his career as a photographer in 1989, covering social issues that were shaking the world (the fall of Ceausescu, the aftermath of Katrina in New Orleans, etc.). During these years of great reportages, he forged a personal style based on the portrait, combining aesthetic research and rigorous documentary work.

Today, he concentrates mainly on the realization of personal series of portraits dealing with historical, anthropological or sociological facts little known by the general public (the genocide of the Hereros in Namibia, the secret societies of Benin, the daily life of the North Koreans).

Stéphan Gladieu’s photographic approach is based on Victor Hugo’s quote “The form is the substance that comes to the surface”. Indeed, each of the characters and settings that he associates with rigor questions the notion of identity.

Stephan develops his work as a portraitist by creating iconic, luminous and shifted representations, blurring the lines between fiction and reality.

The use of colours, over-energised or over-aged according to the necessity of the story, is at the heart of his photographic writing.
The seriality of the portrait allows him to create a fable without superfluous decorum, in a time frozen to restore a concentrate of realities.

His work is regularly exhibited and published in France and abroad. He is represented by the Olivier Castaing/School Gallery, 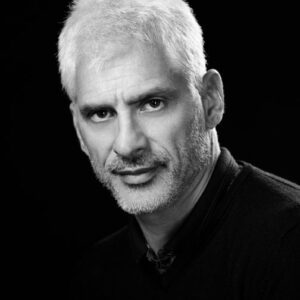 Today, humanity is facing one of the most important challenges in its history: the management of its waste. At the…