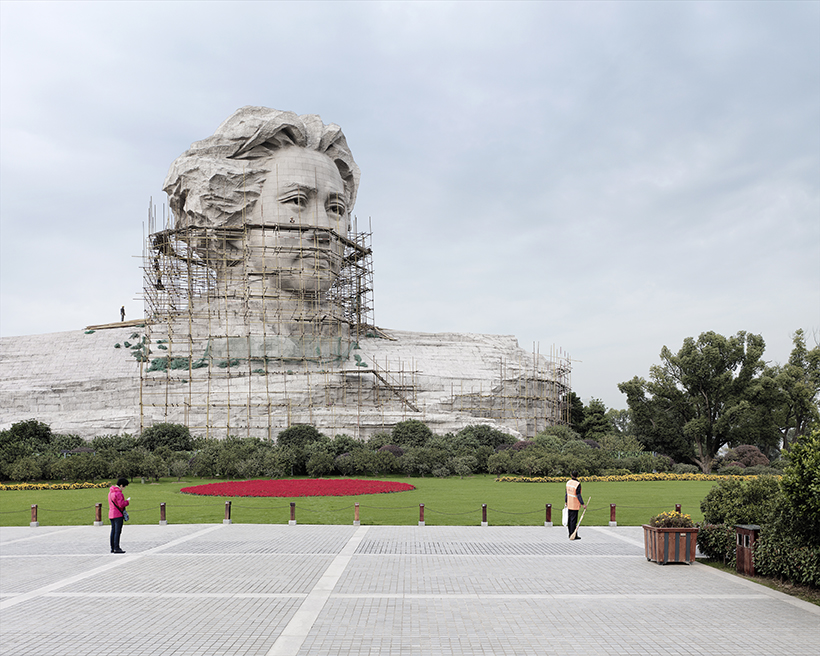 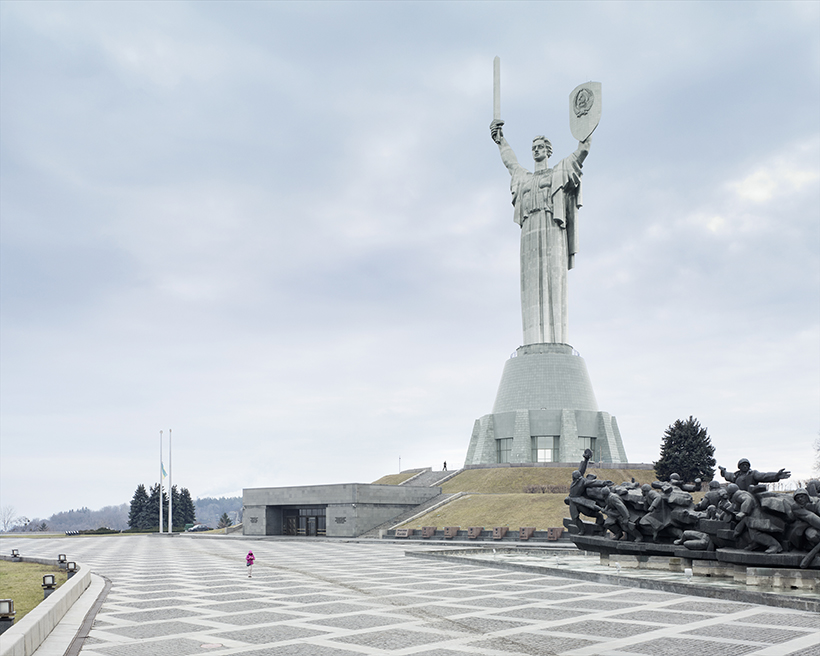 Statues are often idealised works of art, with ideological, political or religious representations, immortalising their subjects. The series “Colosses” is a study of the landscapes embracing those monumental statues.
Although hugeness is appealing or even fascinating, I was first intrigued by the human need to build gigantic declarations. I asked myself how such works could fit into their surroundings and the landscapes, despite their excessive dimensions and their fundamentally symbolic and traditional functions?
I chose to photograph the statues from a standpoint outside their formal surroundings (touristic or religious), and to favour a more detached view, watching them from the sidelines. This detachment enabled me to offer a wider view of the landscape and to place the monuments in a more contemporary dimension.
Human figures appear sporadically and confront their own insignificance to the greatness of symbols. Thus, these characters are reduced to miniatures and emphasise the disproportion between them.

About the Artist
Fabrice Fouillet is a French professional photographer based in Paris. He first studied sociology and ethnology, then photography at the Gobelins school in Paris, specialising in still life. He currently lives in Paris and regularly works with many magazines,
such as Vogue, Wallpaper, Le Monde, and The New York Times.
His out-of-studio approach fluctuates between art and documentary and aims to explore the close relationship of men with their environment. His work favours a thorough architectural approach
and stems from a particular outlook and idea, serving uncluttered aesthetics.
He has exhibited in many cities including Augsburg, London, Paris, and Belgium. The awards he has received included Finalist, Lens Culture Exposure awards (2013); Winner, One life Photo – Places Category; Grand Prix de la découverte – Jury Awards of Merit; and
the Sony Awards in the category of Architecture in 2013.