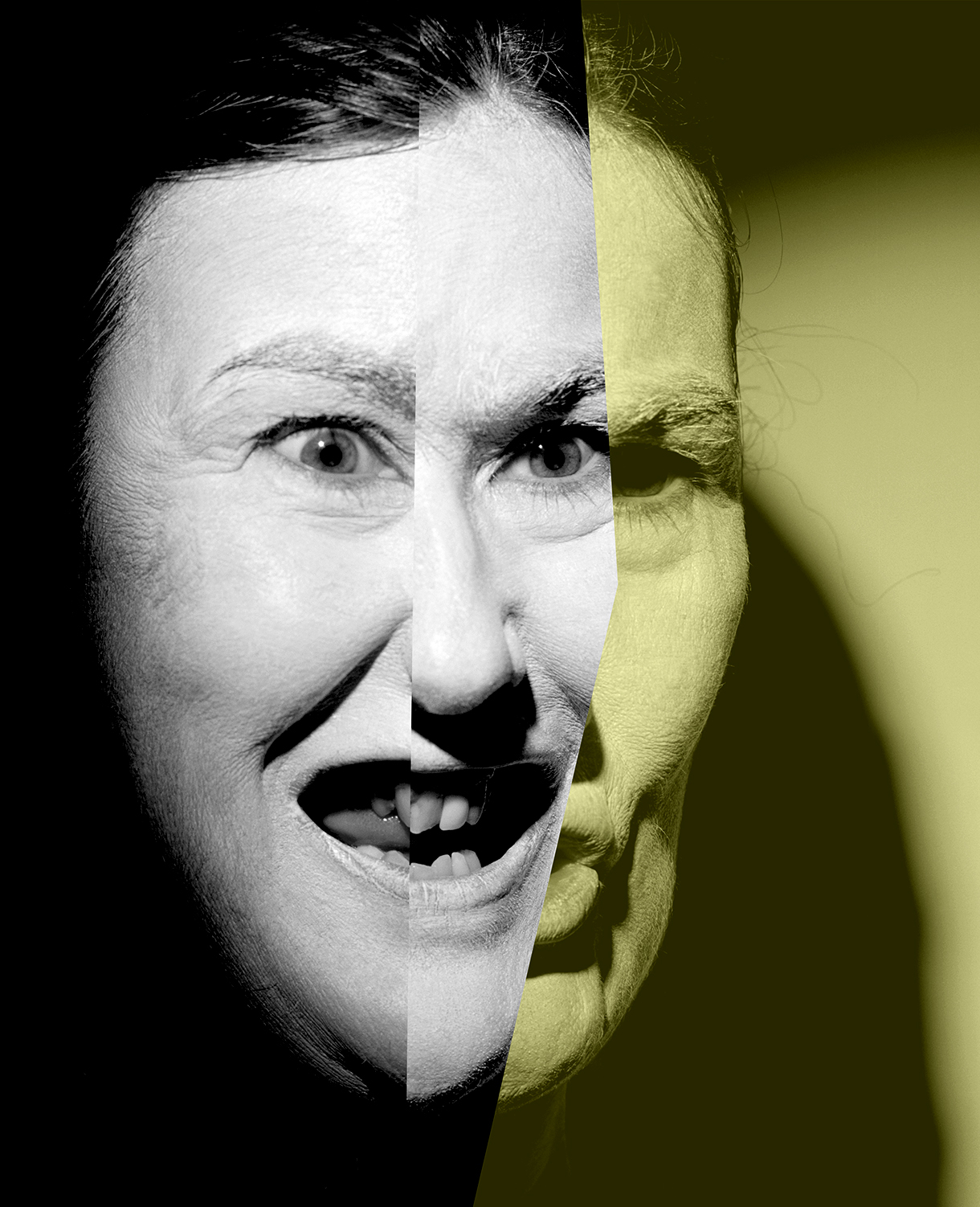 In this work, we will be meeting Hannya. And Namanari. And possibly Hashi-Hime. Masks of angry spirits that emerge from Japanese Noh drama and storytelling. She will be met in different figurations and materialities, but we will encounter her through her transformative states as woman who has become a demon – through pain or betrayal. Her images themselves now returning ghosts, apparitions and echoes, seeking both revenge and release. Re-embodied, contradictory and intertextual, we will be following the imaginary genealogy of a mask depicting a terrifying but also terrified appearance. Telling tales of silence and manifestation, pain and embodiment, stillness and fury – from abstraction to figuration. Growing horns, clenched teeth, glowing eyes. Body in pieces, mouth half-open, part shouting, part screaming; troubled and maltreated, while setting out to frighten. Conjuring up her liminal existence as she reveals herself as a terrifying image that is being upheld. In this way, she has existed throughout times and cultures. But today, more than ever, recognized as released and untamed, and finally, speaking out loud.

The first part of this project stems from a collaboration with Japanese Noh mask maker Hideta Kitazawa, carving a Namanari mask. The second part working with actresses, seeking to reenact those combined expressions. The images were first used during the live performance Echoes and Callings at the Noh Reimaging festival at Kings Place, London (30 June 2018), mapping the transformation process of the demoness by manipulating photographs of masks and facial expressions through folding, layering and cutting to conjure up her expressive range.

Wiebke Leister is a photographic artist and researcher. She studied at the University in Essen (Folkwang) and gained a PhD from the Royal College of Art in London. Her works challenge the limitations of photographic representation, often focusing on the human face as a canvas, a medium or an agent.

In 2018, she travelled in Japan to visit Noh masters and study visualisations of female demons in archives and collections, working with scholars, mask makers and actors. The images were first used for the live collage performance at the Noh Reimagined festival at Kings Place in London (30 June 2018, collaboration with David Toop and Yukihiro Isso) and have been developed since then for exhibition projects.