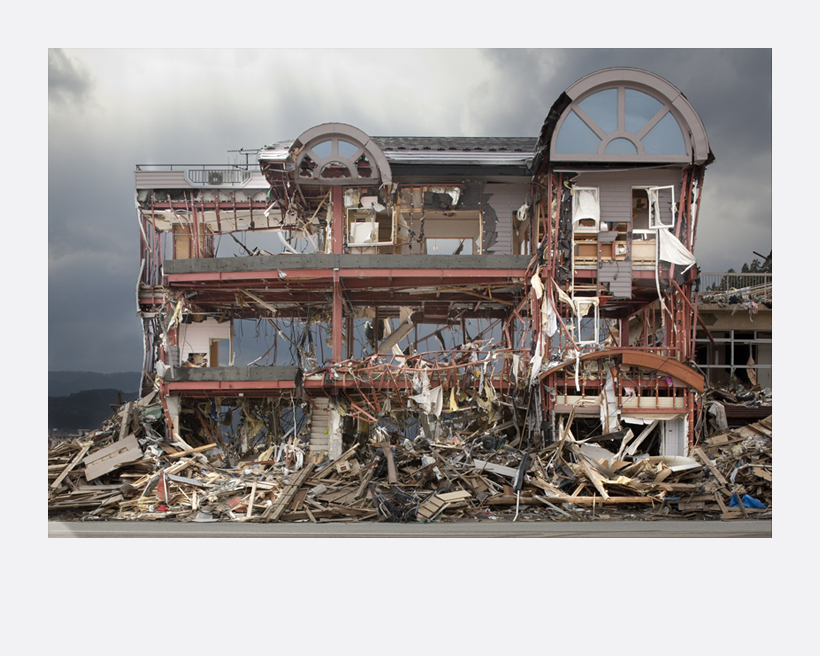 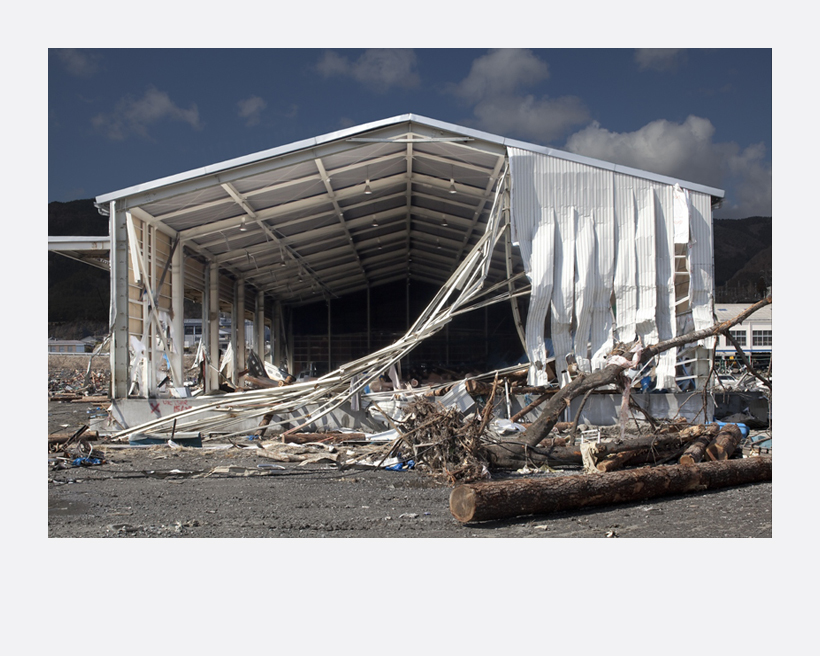 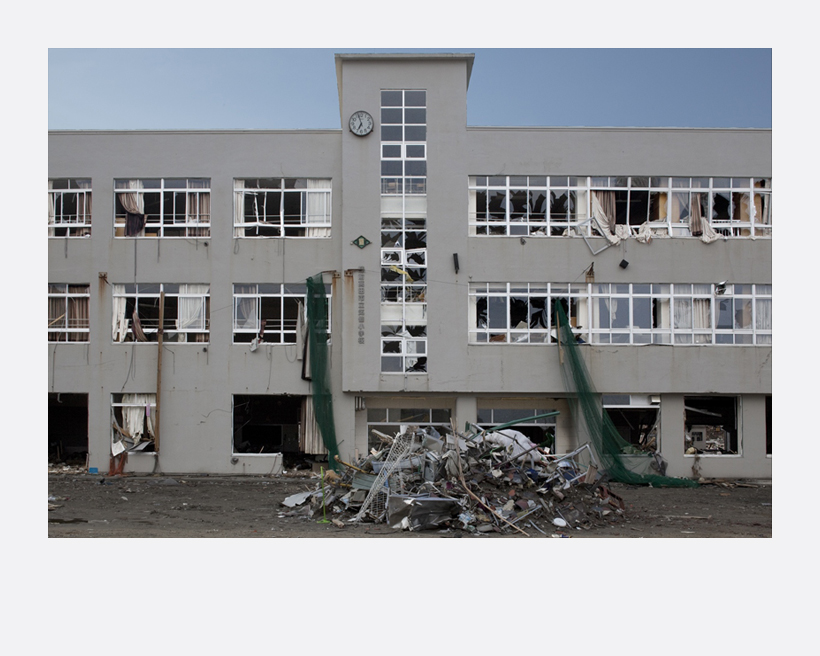 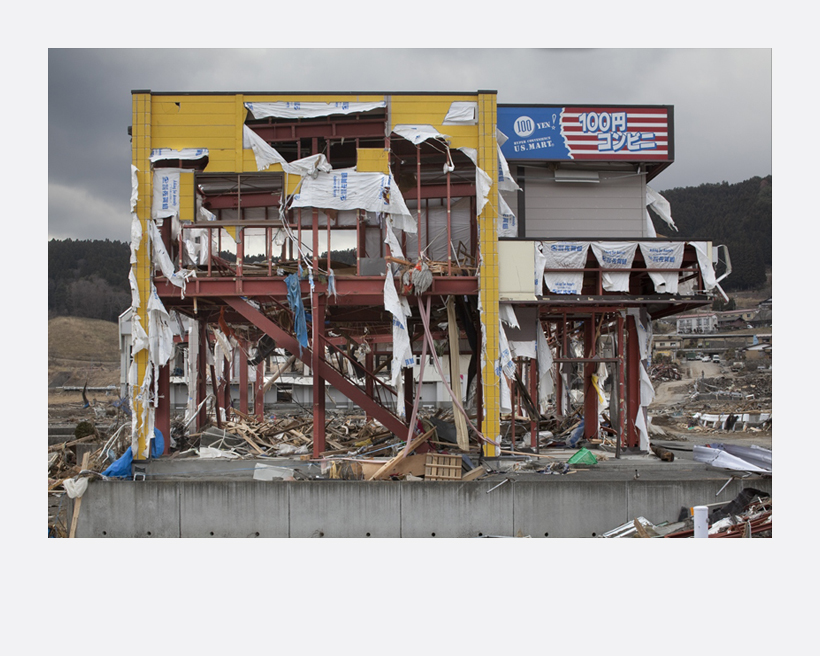 In the aftermath of the 11 March 2011 earthquake, a massive tsunami struck the northeast region of Japan. Hundreds of kilometres of coastal areas were affected and approximately 380,000 buildings were damaged and 120,000 completely destroyed. This series is a record of some of the structures damaged by the disaster. The building façades were taken using techniques of architecture photography that allowed emotions to be kept at bay in order to depict the scene as naturally as possible.
The  aim of this work is to present an image of what happened there on that day. Most of the buildings were pulled down and do not exist anymore. The photograph is not always an objective reflection of circumstances as there are several subjective phases the photographer goes through until the completion of the work. The viewer interprets the image by assimilating it to their experiences and memories. In the advent of digital photography, the medium is becoming more ambiguous, moving away from the skilled operation of capturing images to become perhaps a little unreliable. On the other hand, photography has gained freedom from the restrictions of the truth. The artist creates his works with a strong interest in this medium that balances between freedom and ambiguity.

About the Artist
Hirohito Nomoto (Japan, b.1971) was born in Osaka, Japan where he now lives and works. He graduated from the Osaka University of Arts with a BFA in 1994, and started his career as a photographer in 1996.
His solo exhibitions include “into the silent land / kobe” at Tanto Tempo, Kobe, “into the silent land / osaka” Tezukayama Gallery in 2010 and “LIFE” at Art Stage Singapore and Tezukayama Gallery in 2012. Group exhibitions he has participated in include Tokyo Contemporary Art Fair in 2009, Art Fair Tokyo, Art Taipei and Korea International Art Fair in 2010. Photography Fairs he has participated in include Junkudo in Osaka, the Manpukuji Art Festival in Kyoto, “MFANZINE Plus+” Bloom Gallery in Osaka in 2010, Asia Top Gallery Hotel Art Fair 2011, Hong Kong Art Fair, “2 Dimension Gallery Artist” Tezukayama Gallery in 2011, “Select” Jill D’ Art Gallery, Nagoya, Mancy’s Art Night Mancy’s, Tokyo, Photography Magazine 81lab. 6th Anniversary Photo Exhibition Gallery Athens, Osaka, Japan, New City Art Fair in 2012. His works have also won awards including the “Digmeout prize” at Kansai Onaeba Photo Festival in 2008, London International Creative Competition (LICC) in 2009 and international Photography Awards (IPA) in 2011.