by Thomas Sauvin and Lei Lei 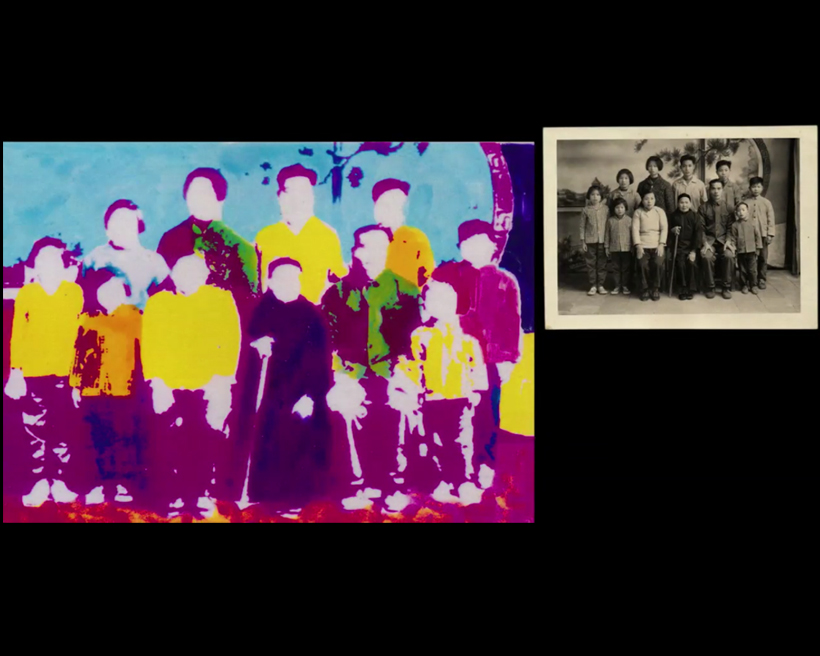 We collected a number of black and white photos from Chinese flea markets and imagined that all of them belonged to one fictional Chinese person.

Through rendering, collage, and a cyclical process of hand colouring, scanning, and printing, we created connections among the photos. We spent two years repeating this process. These 1168 hand-coloured photos invoke the passage of time. Injecting life into the imaginary protagonist as he ventures through time and space.

About the Artists
Thomas Sauvin (b. France) is a French photography collector and editor who lives in Beijing. Since 2006 he has worked exclusively as a consultant for the UK-based Archive of Modern Conflict, for whom he collects Chinese work, from contemporary photography to period publications to anonymous photography. The collection includes thousands of prints and highlights the works of more than fifty contemporary Chinese photographers, particularly the avant-garde works of Moyi, the misty wanderings of Qiu and the audacious snapshots of Liu Yiqing.

A glimpse into this collection is presented in the photo book Happy Tonite published by AMC in 2010. Yet the collection is vast, including all sorts of photo books and photo albums produced since the birth of the People’s Republic of China in 1949, ranging from imposing publications celebrating the 10th Anniversary of New China to photo albums with an inventory of herbal medicinal plants to instruction manuals from the late 80s showing breakdance steps.

In May 2009, Sauvin started his Beijing Silvermine project. Taken by ordinary, anonymous Chinese, these photos offer us slivers of daily life during the peak period of popular silver-nitrate film usage in China and complete more than half a century of this chain of images.