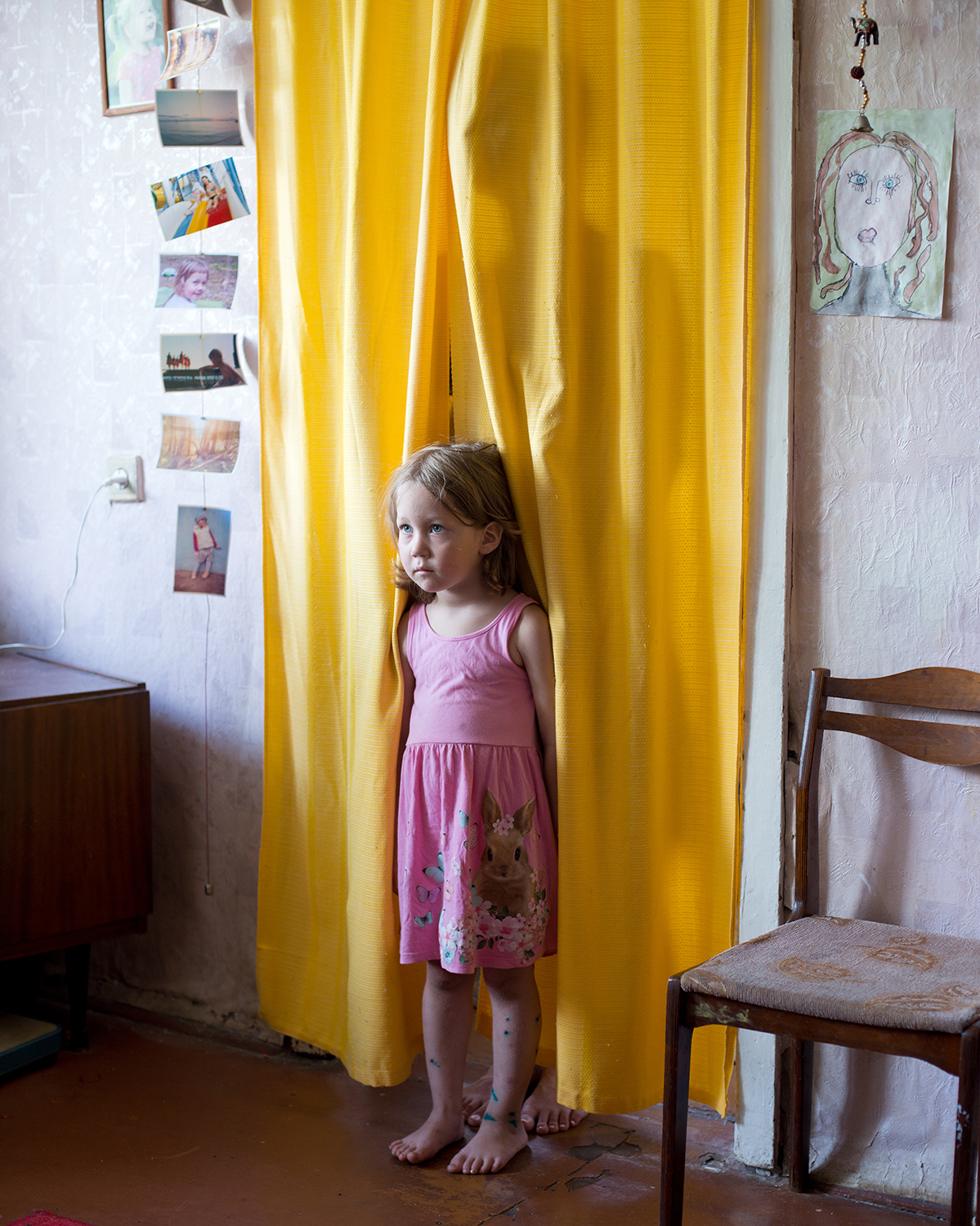 Becoming a mother might be commonplace, but some aspects of motherhood still remain off-limits when the subject is discussed. During the Victorian era, for example, babies were often photographed alongside their mothers, with the latter covered up. The mother was still there, in the picture, but the viewer was encouraged not to see her. (This practice was a way of keeping babies still during unavoidably long exposures.)

It’s also suggested that, from a social point of view, mothers were not considered worthy of attention, especially when compared to their child. A lot of women feel the same. There is a sense of being hidden behind a veil, behind their children. It’s almost as if they have turned into a set of functions and are waiting to wake up and show their faces again. But who will decide when the time is right, and whose hand will reveal the face?

Alena Zhandarova, born in 1988, Russia. She holds an MFA in Photography (European Institute of Design, IED Madrid, Spain). Using photography as the main instrument of interaction with the space, she creates a special atmosphere of magic, which builds on experimentation and the fresh air of ordinary things in unusual situations. She investigates the border between habitual and unfamiliar, using visual storytelling as a tool of implementation of her inner philosophy. She is working basically through portraits, where the person or herself performs as a ground for sculptures, which she can mold and create something new, find the answers and set the new ones. She goes this way to release internal forces and wellsprings, because she believes that the universe in us is infinitely wise and knows this world better than we are.