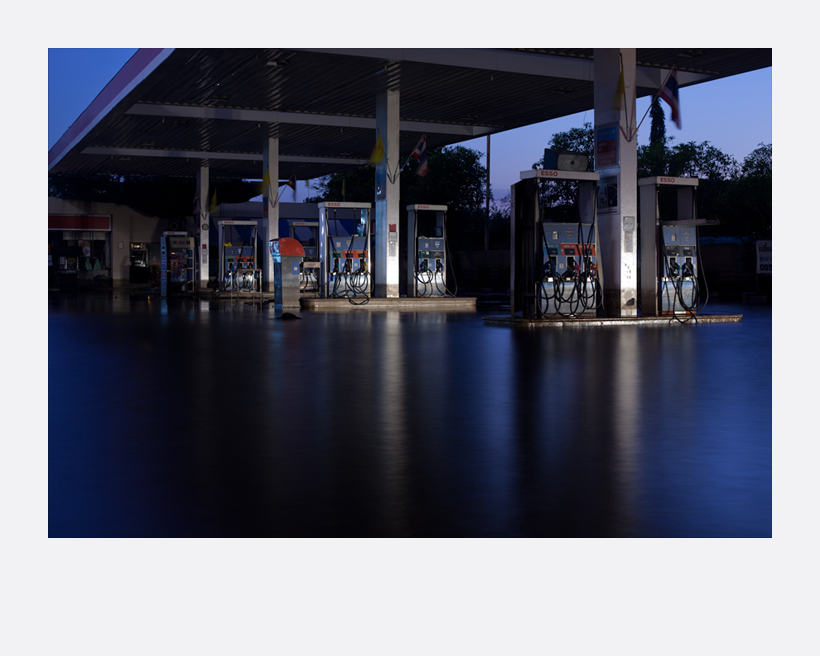 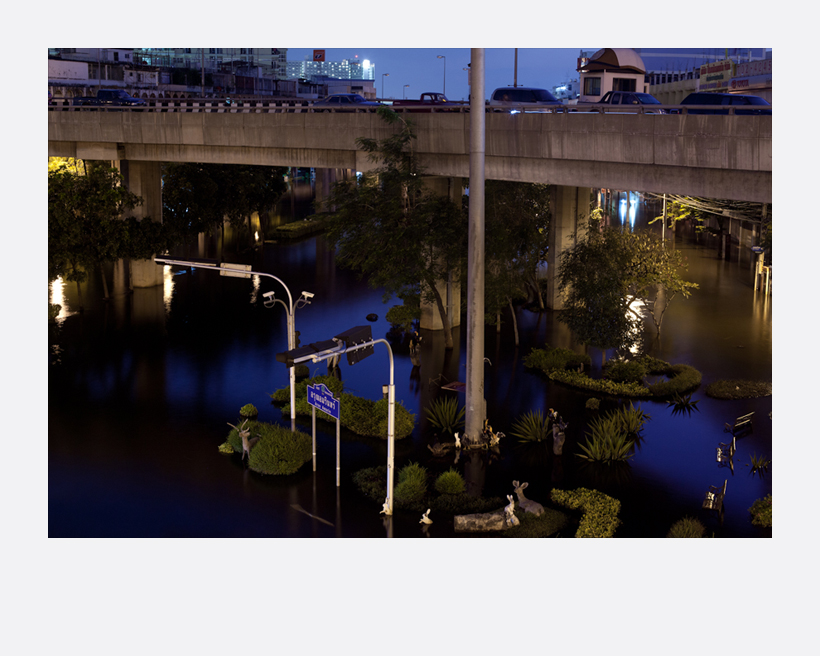 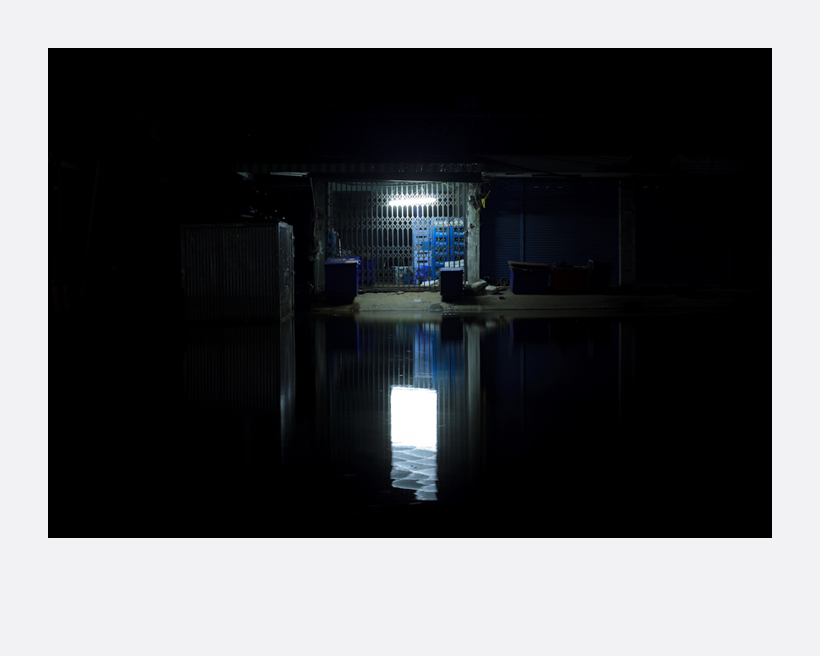 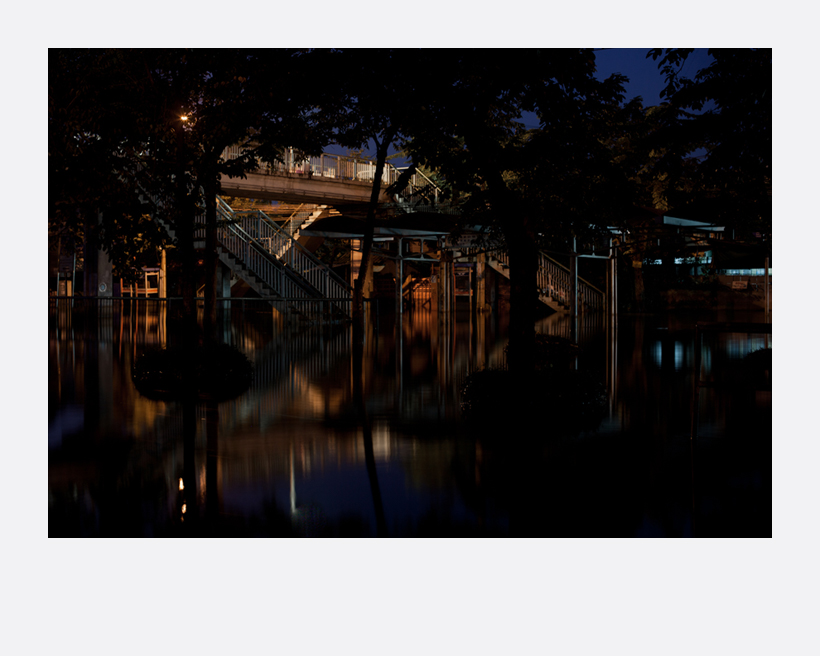 Imagining Flood is a photographic study concerning the recent floods that have taken place in Bangkok (2011). The photos aim to capture the foreboding and surreal nature of the event by presenting the flood in a dream-like and otherworldly manner. When news first arrived that Bangkok would be affected, concern naturally became widespread and all manner of preparations unfolded. But as yet the centre of city remains untouched, although the sense of threat lingers people’s minds, as the city remains encircled by waterlogged houses, streets and motorways. It is the sense of waiting and fear that first drew me to the project. Whether the floods were experienced first-hand or through news reports, conjuring up a mental image of the event cannot be avoided, which influenced my approach to shooting these scenes — as if developed from the subconscious, in contrast to the urgent and frenetic style depicted in the media. Each scene takes place at night or in the early hours creating a dream-like atmosphere. The series is deliberately shot at these particular times using a tripod and slow shutter speed in order to capture a sense of stillness and the sense of dreaded expectancy that the floods have created.

About the Artist
Miti Ruangkritya (Thailand, b.1981) born in Thailand, graduated from University of Westminster with a MA  in Photojournalism in 2008. Since graduating, Miti has received a “Selected Winners” and an “Honourable Mentions” award for Magenta Flash Forward — Emerging Photographers in 2011 & 2012 and a Silver Medal at Prix de la Photographie in 2012. He has participated at the Angkor Photography workshop for selected Young Asian Photographers, and his project “Space Shift” was featured in the debut issue of “Messy Sky” at Le Plateau, Paris. His portfolio has been featured in the British Journal of Photography, Royal Photographic Society Journal and 500 Photographers blog. Limited edition prints are available at Contact Editions and a selection of his images is represented by Millennium Images. In 2012, his works were exhibited at Noorderlitch, Singapore, Angkor and Phonm Penh Photo Festivals.