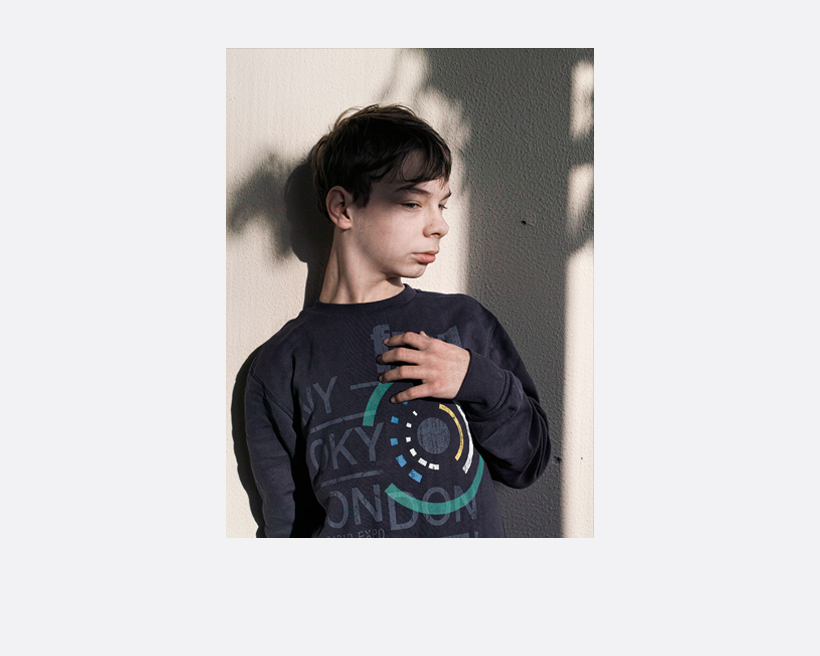 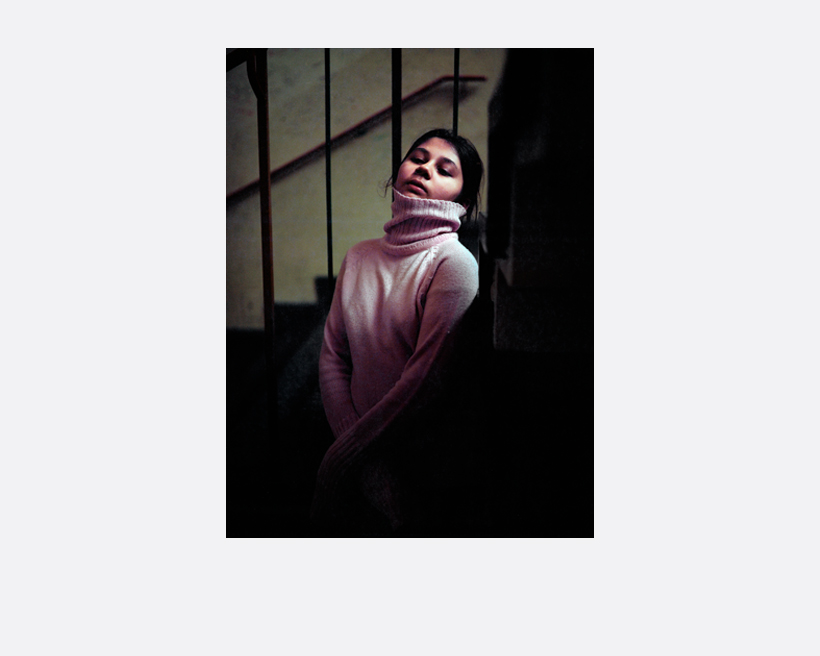 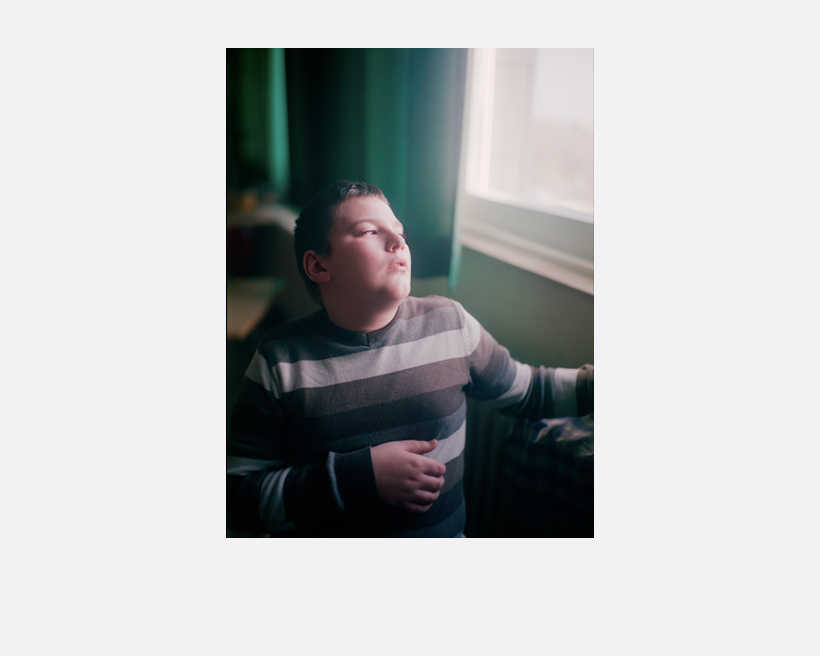 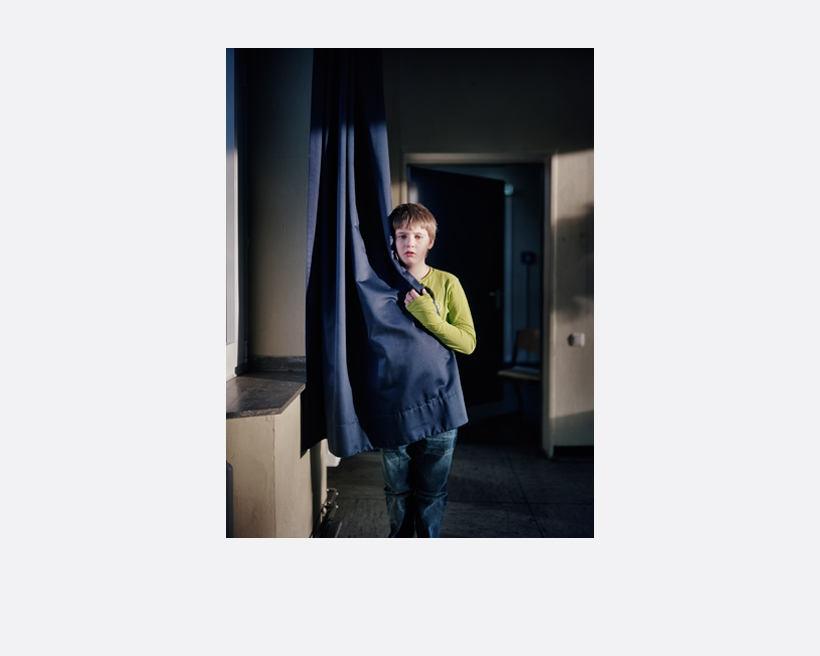 Sedayul never speaks and is so quiet that nearly nobody recognizes her. She is special and unique, but who is seeing her and her unique personality?

Sedayul is just one example of the many children and adolescents I was portraying during my project Infliction. There are overlooked individuals within our society and who become more and more neglected by the mechanisms and dynamics of our system. Who gives them a position of expressing or even the possibility of just being for the purpose of being? There is a sense of deep respect and humbleness which I feel.

They are from difficult backgrounds like immigrant families, refugees, orphanages and dysfunctional families. I don‘t want to mention the exact problems and trauma in order to protect their privacy. What I am interested in is their human condition. All of them were thrown into a world which doesn‘t care for the misfits and they have to find their way to cope with it, but their way is many times more difficult due to their past as traumatized and inflicted human beings. I do respect them deeply and I see them as beautiful and strong.

They might be feeling mis- or displaced in their lives, but their images are right here with us and remind us of them and, ultimately, of ourselves. Childhood and adolescence is a crucial time and what we experience there has a tremendous impact. Everything is psychologically open, but society is not open and that inflicts their (and our) lives at an early stage. First there is the process of involvement. I did have to integrate myself with empathy and curiosity. At the same time I have to keep my focus on my visual sensitivity. To achieve a kind of symbiosis between emotional integrity, responsibility and the ability to „find“ those images which are able to transcend dignity which stems from the person photographed is no easy task at all and can only be described superficially with words. I am very specific in choosing my subject in order to understand it I want to get into it as deep as possible and I believe
in doing so it will be of more significance.

These images are metaphors and documents at the same time as they oscillate between the reality of the representative
and the reality of the image which the photograph does present. There is this invisible connection between the
reality which was there while taking the photograph and the final image. In so far I believe that the process and authenticity of photographing is as important as the resulting image. One can‘t exist without the other in my work.

We are proud to share that SIPF Photobook Open Call Showcase (2020), as part of SIPF NOMAD initiatives, has travelled…

About the Artist
Heiko Tiemann (b. 1968, Germany) first studied psychology in Münster, Germany before he started studying photography at the University of Essen (now Folkwang University of Arts) in 1993. After completing his Diploma in Essen, he went on to study photography at the Royal College of Art in London/UK. Tiemann has always paid attention to the human condition and portrait photography in its widest sense. In 1999, he won the John Kobal Photographic Portrait Award, which established itself as the leading competition in portrait photography from 1992 to 2002.

Although his work has different subjects, such as the mundane landscapes, abandoned places and cities, Tiemann‘s images are mainly noted for capturing the minute and poetic details of young children, adolescents and adults at the margins of society in their difficult times of coping with the world around them. They appear open, often vulnerable, but always with great dignity.

Predominantly, Tiemann‘s work is in large format and medium format. He works only with existing daylight and takes a slow, intimate almost meditative approach. Additionally he works mainly on long-term projects over several years as he sees himself as a chronist of the human condition. Respect and humbleness are integral parts of his approach together with a rare sense of light, color and space.

Tiemann‘s works also includes black and white images, polaroids and installations. His works are widely exhibited in Europe, Asia and the USA and held at multiple collections, both public and private.