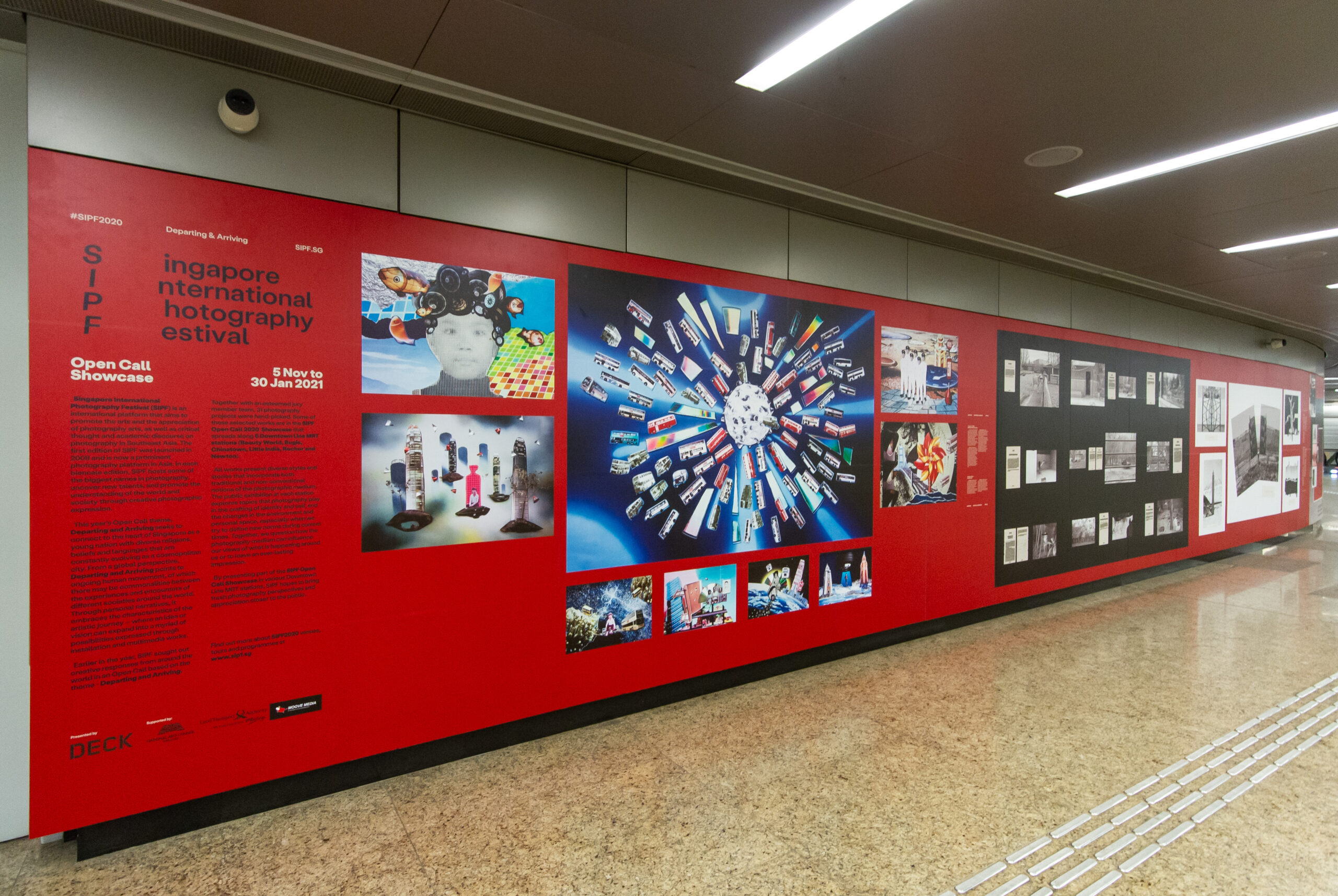 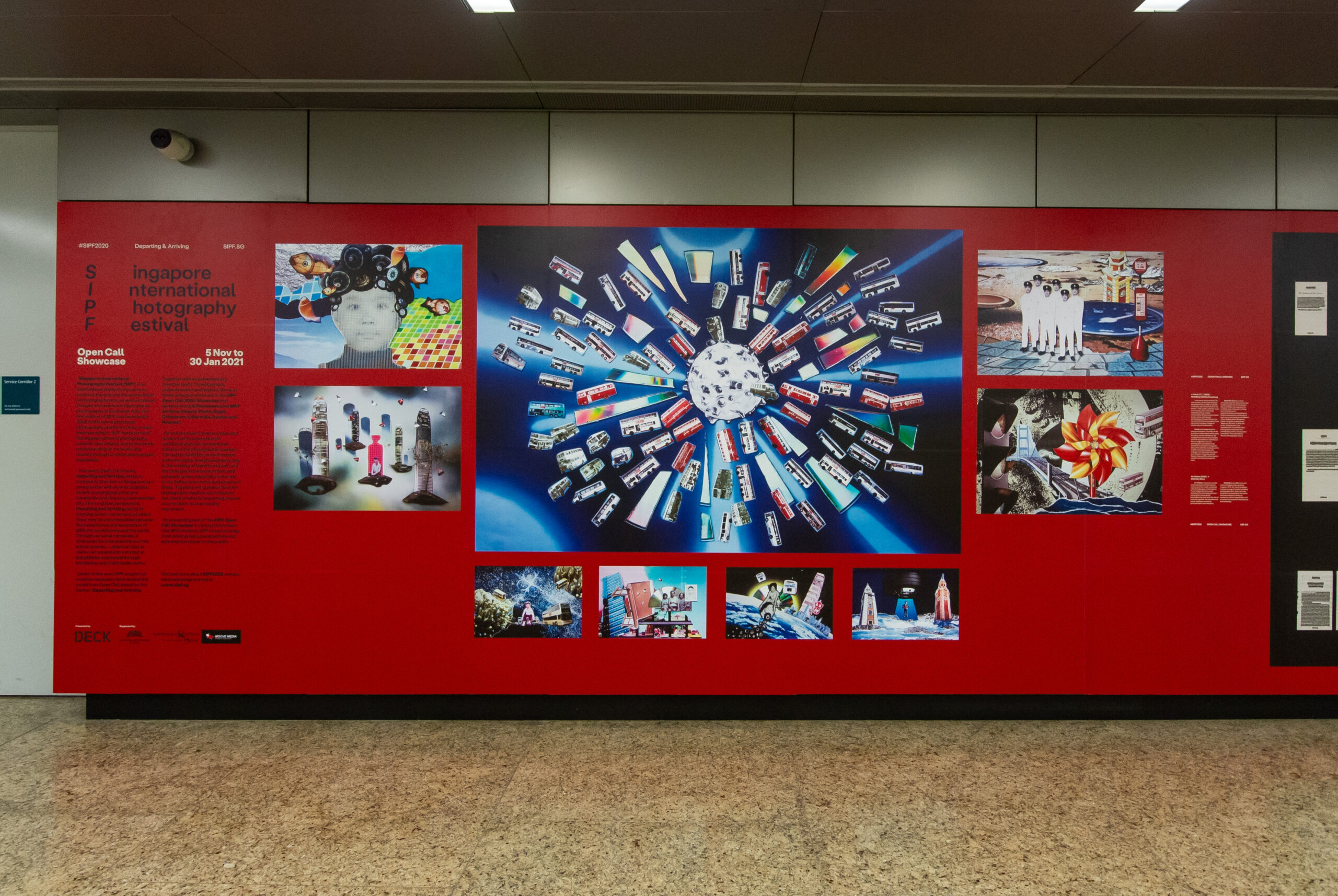 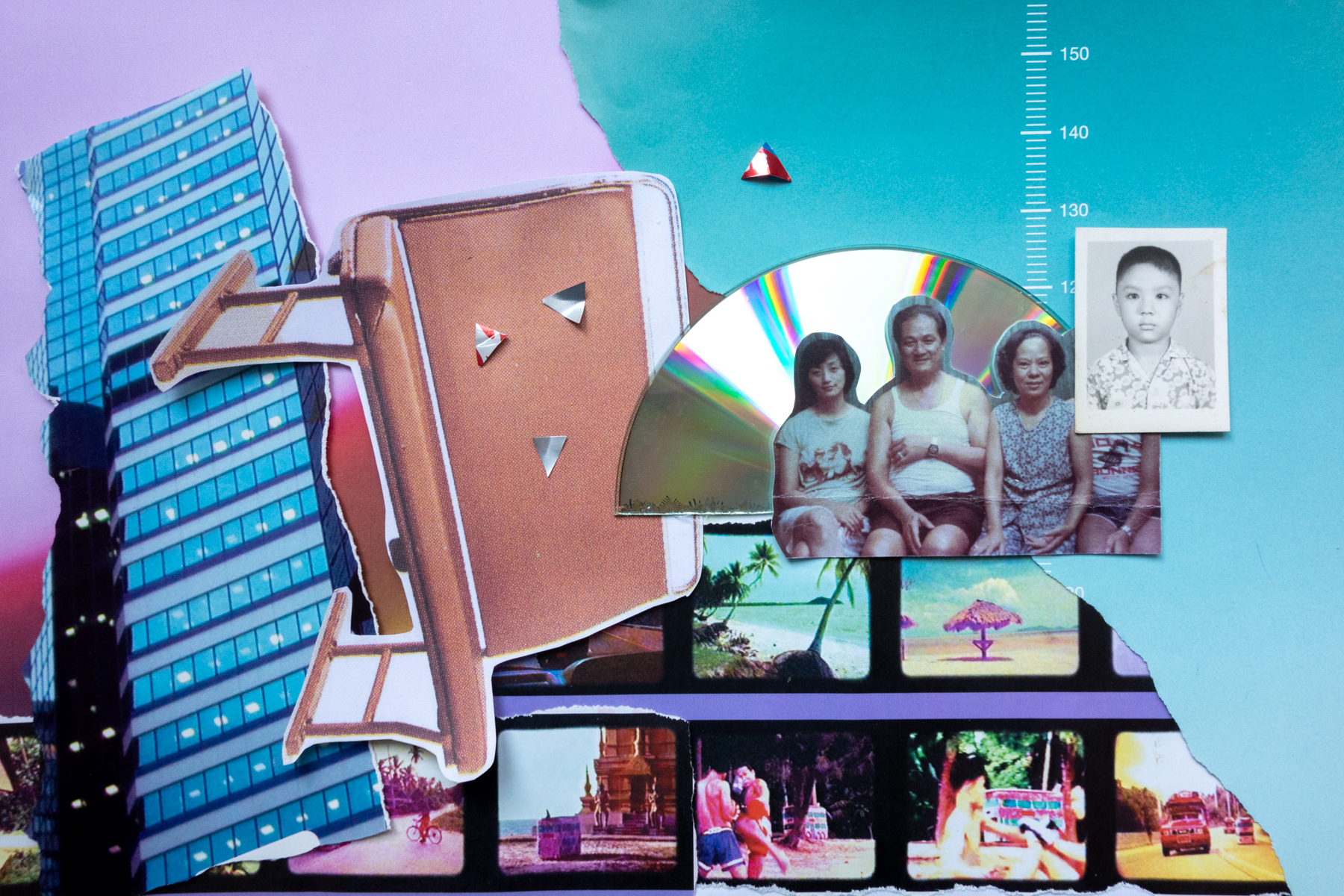 I was never close to Kaufu. My only memory of him was of buses.

He passed away in 2019, at age 50. At his flat, I discovered what he left behind – CDs, DVDs, cassette tapes, comic books and a very large collection of bus-related memorabilia. Miniature bus models, books, news cuttings and photographs of buses filled every corner of his fat and occupied three more mini-storages. I began to obsess about his obsession.

Kaufu is the beginning of a long-term project, a homage to the bus driver uncle I regret never really knowing, and his obsessions. My collage work uses archival images and first-hand leftover materials of his bus magazines, his own photographs and objects in his collection to narrate an imagined story of his afterlife, in-between the end life and reincarnation. My collages also take inspiration from one of Kaufu’s favourite comics Galaxy Express 999, which depicts a steam train flying through the stars.

Michelle Chan is a visual storyteller and her main interest lies in exploring the fine line between fact and fiction. Her approach to creating work rests upon in being open to all forms of experimentations and pushing her limits to exceed any conformity of style. Her work has been exhibited in Arles, Beijing, Berlin, Budapest, Dublin, Hong Kong, Siem Reap, Taipei and Toronto. In 2019, her series “Crab Seniors” was shortlisted for The Alfred-Fried Photography Award and The Photogrvphy Grant, and awarded laureate for The International Women Photography Award.