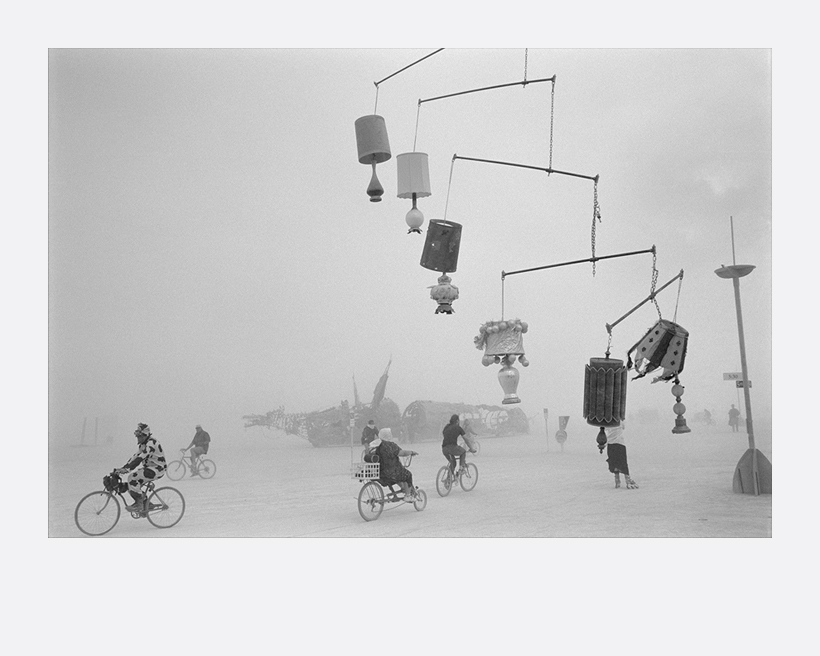 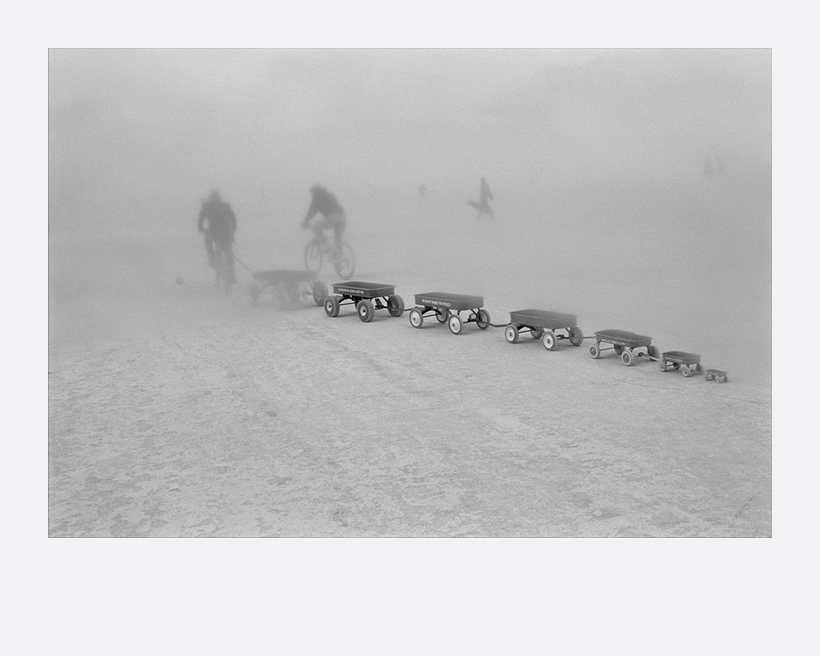 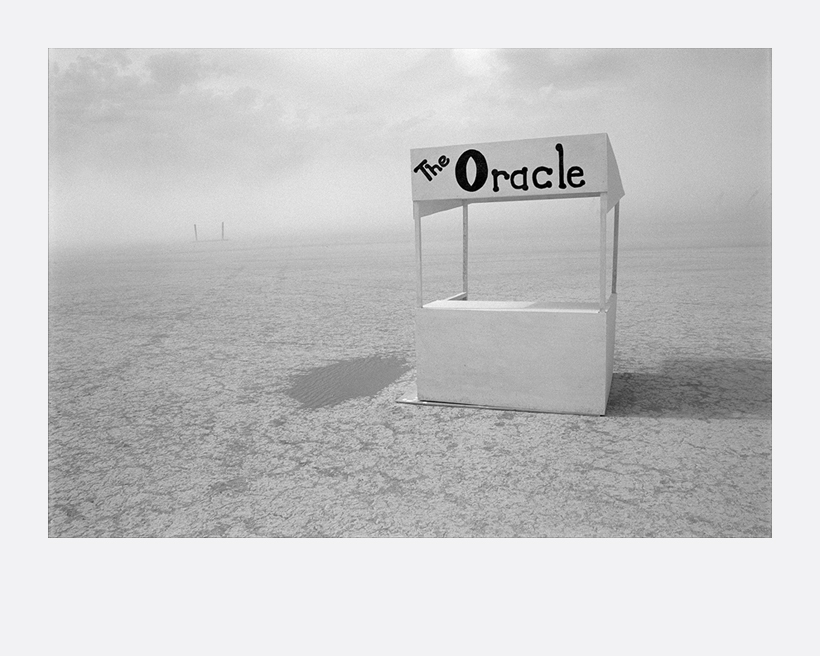 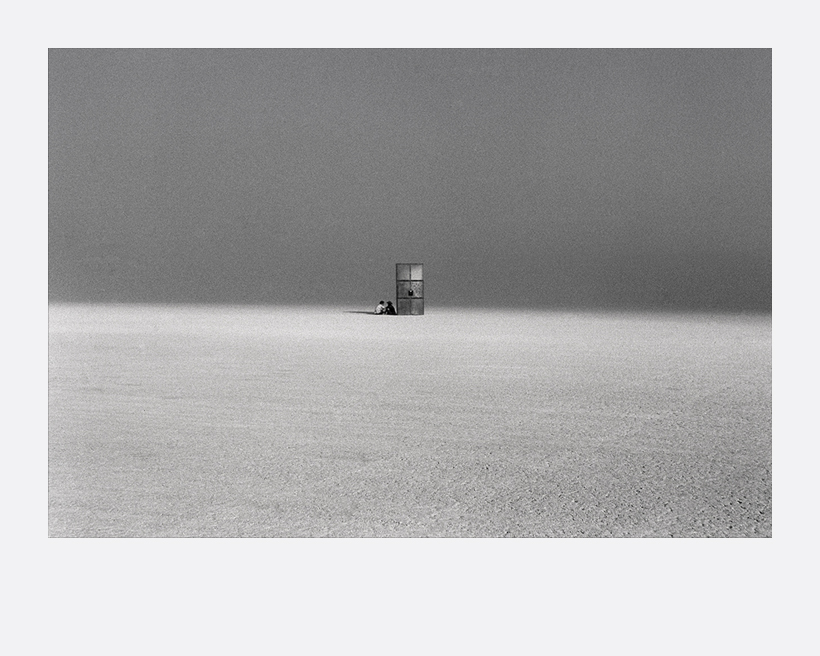 This series records a decade of spiritual journeys taken by the photographer to a pre-historic lakebed located in the Black Rock Desert. He has gathered with a self-expressive community to imagine, build, and share a waking dream – ultimately reconnecting with his self and rediscovering life and its infinite possibilities. The photographer has captured this place in straight black and white images, using no digital manipulation.