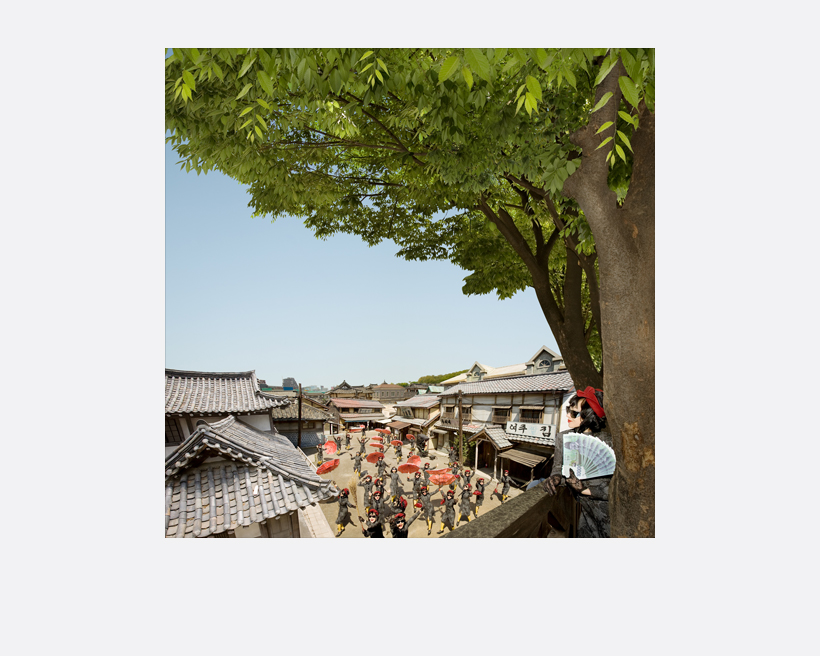 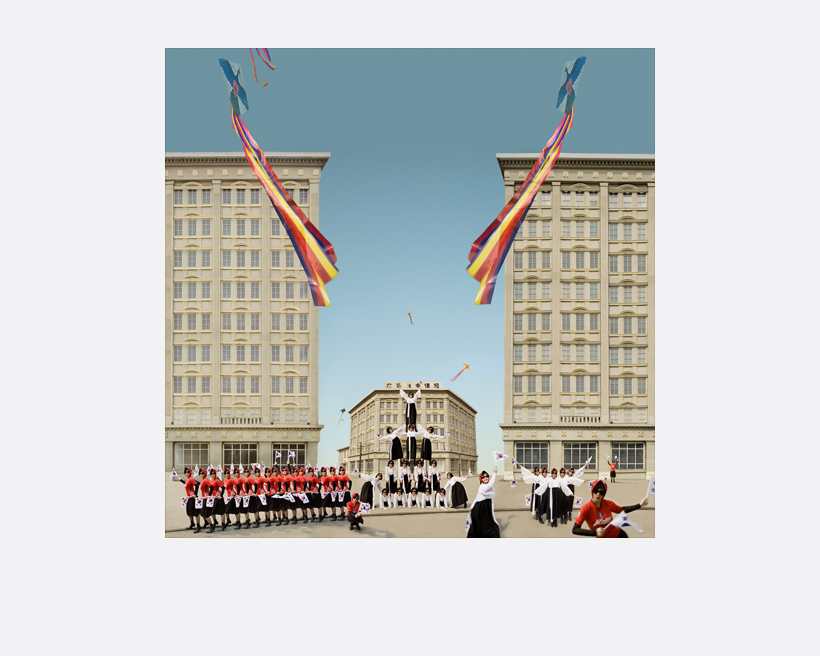 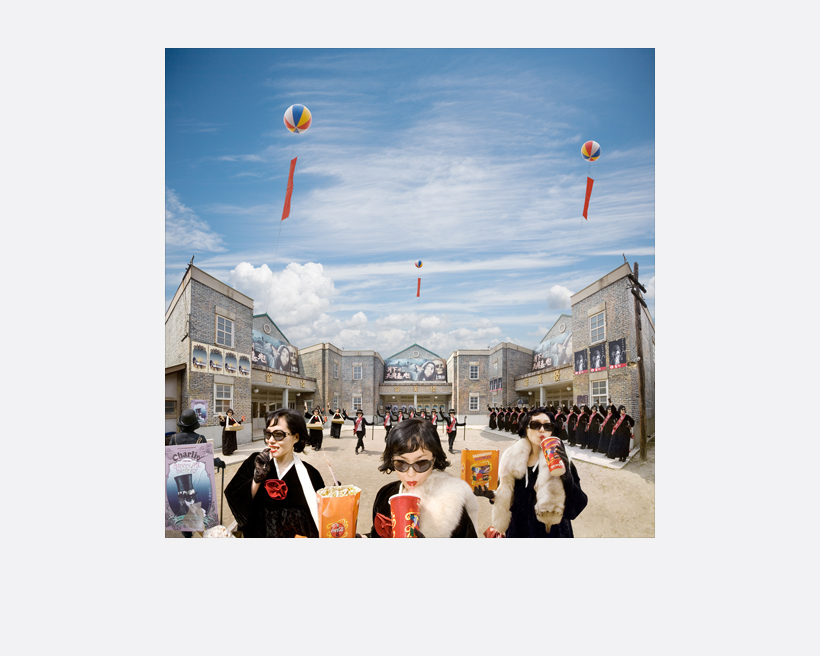 Studios are made for the sake of shooting and the revival of a certain era and culture. And they construct the backgrounds to create a realistic scene as if to draw the audience into the film. Based on circular reasoning of capitalism, most film studios are not dismantled after shooting, they are often reused as tourist attraction. By taking a look around the site, tourist get the opportunity to get caught up in the nostalgia of being in the same location where a certain here or heroine played their role in the movie. They often amuse themselves by matching the sets to where they appear in the film just like ‘picture puzzling’, and some tourists would take pictures of themselves posing next to an actor’s life-sized image, wearing costumes provided. Those scenes are a little are a little bit ludicrous. However, like other by these set ups of the modern time to create, direct shoot the virtual images that I thought of.

About the Artist
Nanda was born in Seoul, Korea, in1969. Her nickname ‘Nanda’ which was used in a portal site since 2005 means ‘fly’, ‘happen’ and ‘occur’ in Korean language.
Her series “Modern girls, Kyungseong pilgrimage” was started in 2006. She tried to extract and understand the originality of the contemporary citizen of Seoul from a modern persona, the modern girl. The self-clone, the distinctive characteristic of her works, is used to figure out among others, the trend, fashion, consumption, crowd, anonymity, and the influenced feature of contemporary people from Western civilization.