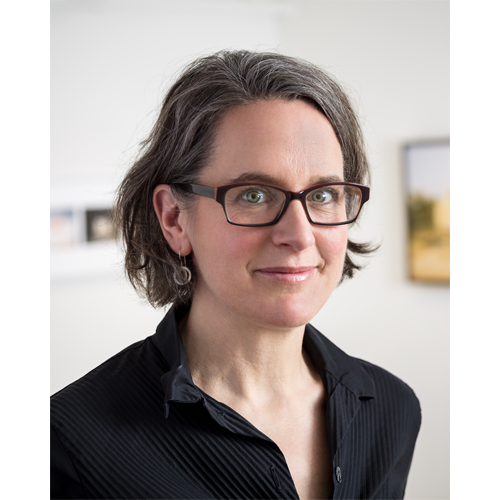 Since 2011, Natasha Egan has served as the executive director of the Museum of Contemporary Photography at Columbia College Chicago (MoCP), where she was previously the associate director and curator since 2000. She has organized over sixty exhibitions with a focus on contemporary Asian art and artists concerned with societal issues, such as the environment, war, and economics. Egan was a guest curator for the 2010 FotoFest Biennial in Houston; the United States pavilion curator for the 2016 Photo Dubai Exhibition; and a guest curator for the 2019 Lianzhou Photography Biennial in China. In January 2020, Egan opened her most recent exhibition at the MoCP titled In Real Life examining the real-world impact of computer vision—from the murky ethics of data collection and surveillance to the racial and gender biases that abound in facial recognition technology. Egan has contributed essays to numerous publications such as Beate Gütschow LS / S (Aperture); Michael Wolf: The Transparent City (Aperture); Placing Memory: A Photographic Exploration of Japanese American Internment with photographs by Todd Stewart (University of Oklahoma Press), Black Maps: American Landscapes and the Apocalyptic Sublime with photographs by David Maisel (Steidl) and Taxonomy of Landscape with photographs by Victoria Sambunaris (Radius). For over a decade, she taught in the photography and humanities departments at Columbia College Chicago, and holds a BA in Asian studies, MA in museum studies, and MFA in fine art photography.