by Sissi Kaplan and Sam I-shan 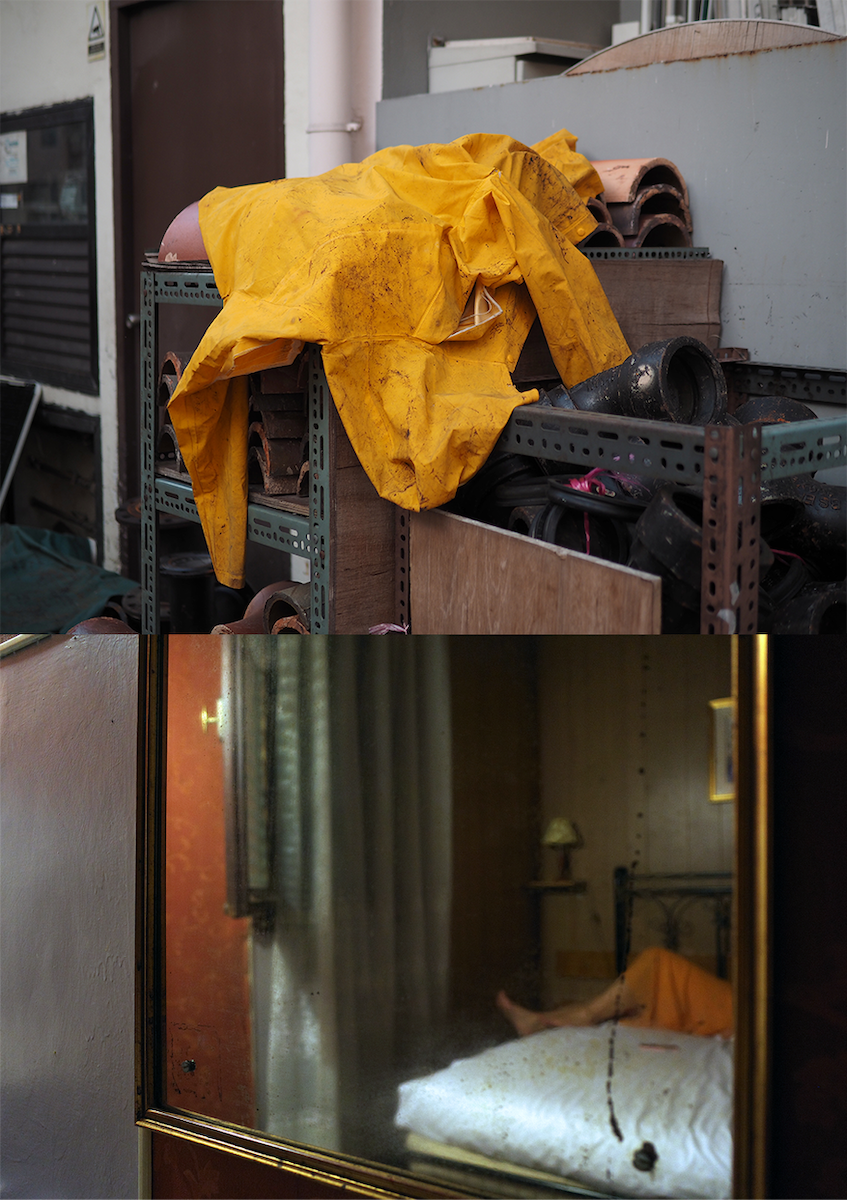 Nowhere Here is a site-specific video and photographic project unfolding over three chapters: The Presence of Your Absence, Anima and Dance With Me. It speaks of the desire to connect despite isolation, and the humanity inherent within forgotten things. Hotels and hospital rooms become a stage set for singular performances, while ephemeral street assemblages take on lives of their own. The video installation The Presence of Your Absence features a series of hotel rooms, with crumpled bedclothes suggesting a lingering presence, and half-opened curtains hinting at unknown realities outside. An intermittently-appearing figure performs mysterious actions that suggest persistent longing in the face of impermanent dwelling.

The photographic series Anima depicts the anthropomorphic forms of covered vehicles and abandoned materials. Installed along the corridors of Peace Centre, where time is suspended and activities will soon cease, they become uncanny presences that represent alternative forms of inhabitation in seemingly quotidian settings. Finally, the same figure from The Presence of Your Absence reappears in the video installation Dance With Me, dressed in a biohazard bag and performing alone in an impersonal environment. Her breathing, moving body in the plastic bag echoes, yet subverts the shrouded or hollowed forms of Anima. Together, these works take the viewer on a journey through the emotions arising from proximity and distance, intimacy and separation, absence and existence, the spectral and the concrete, and the individual within the rest of the world.

Music and Sound by Vivian Wang. 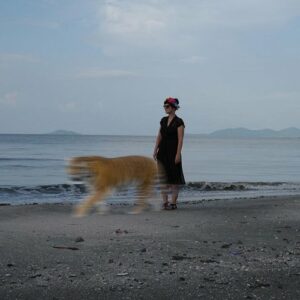 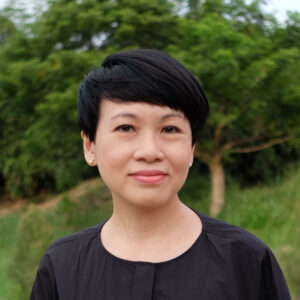