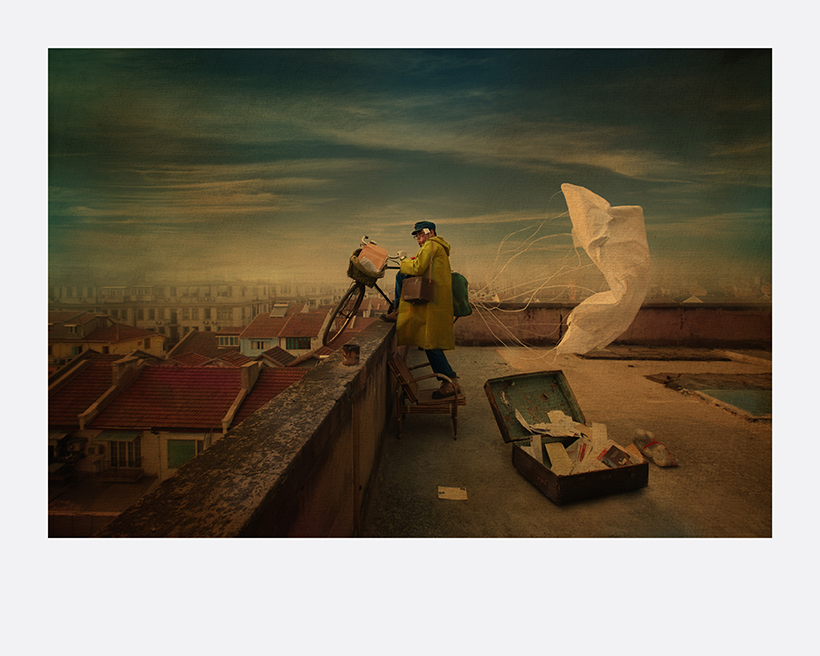 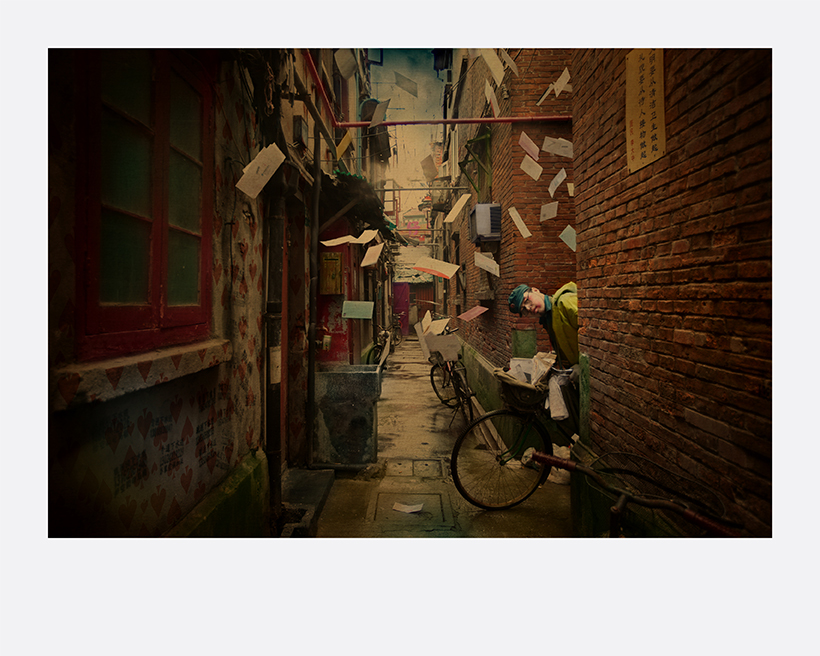 In this series, Maleonn constructs scenarios inspired by a powerful childhood ambition; in this instance, being a postman – a forgotten dream recently revived. When his primary school teacher asked what he wanted to be when he grew up, he hesitated between the choice of an artist or postman. His answer was the artist because the vocation was associated with social respectability. However his true ambition of being a postman remained dormant. In this series, Maleonn materialises his romantic visions of traversing different worlds to deliver secrets and messages, fulfilling the role of a time traveller seeking a beautiful balance lost in time. Almost two decades later, in a flashback of memories, his youthful was finally materialised.

About the Artist
Maleonn (b. 1972, China) fell in love with painting and pursued formal art training at Shanghai University, and at Shanghai Huashan Art School where he specialised in graphic design. Before becoming an artist, Maleonn worked as an art director in advertising, and as a director of commercial films. It was then that he honed and mastered skills and techniques in stagecraft. Rooted in the central themes of modernity and the Chinese identity, Maleonn’s works have been extensively exhibited worldwide. He lives and works in Shanghai.