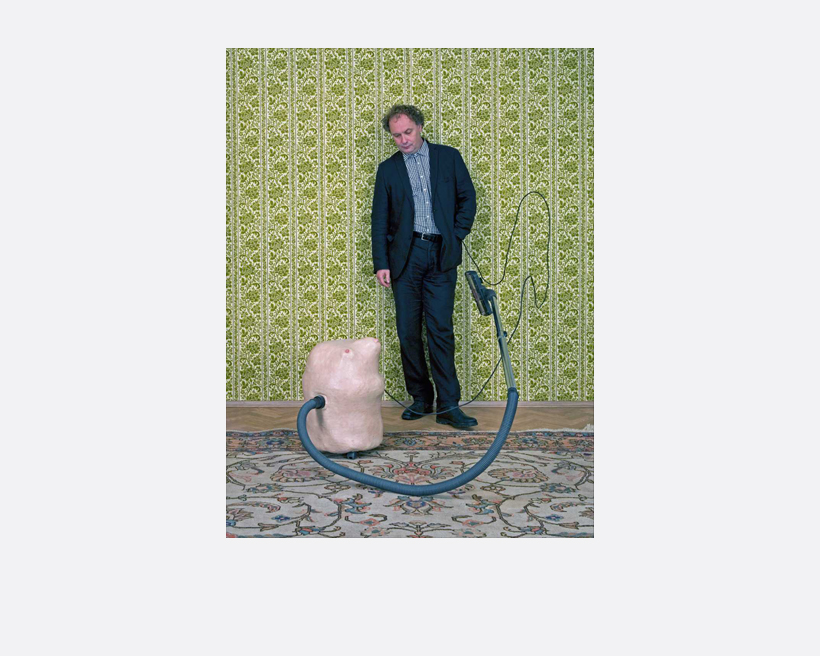 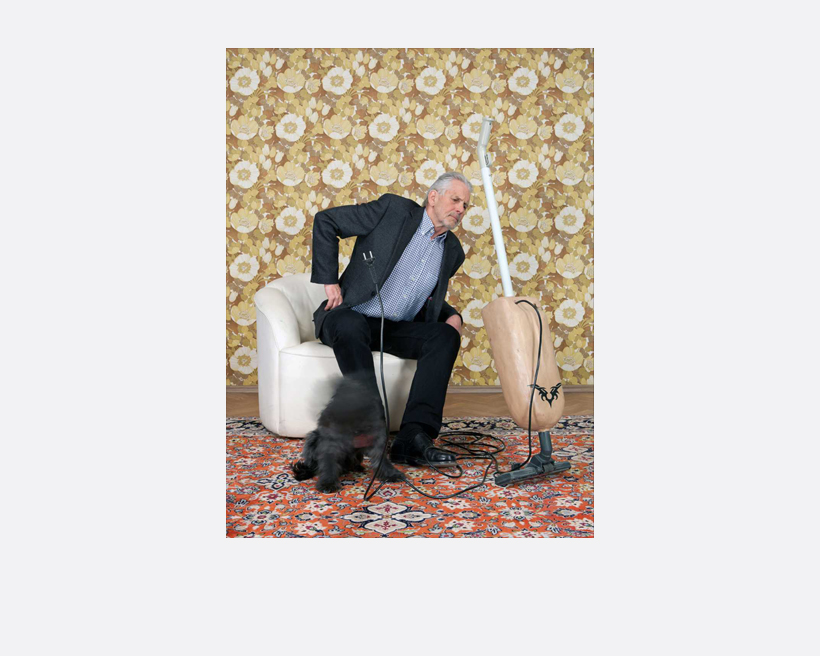 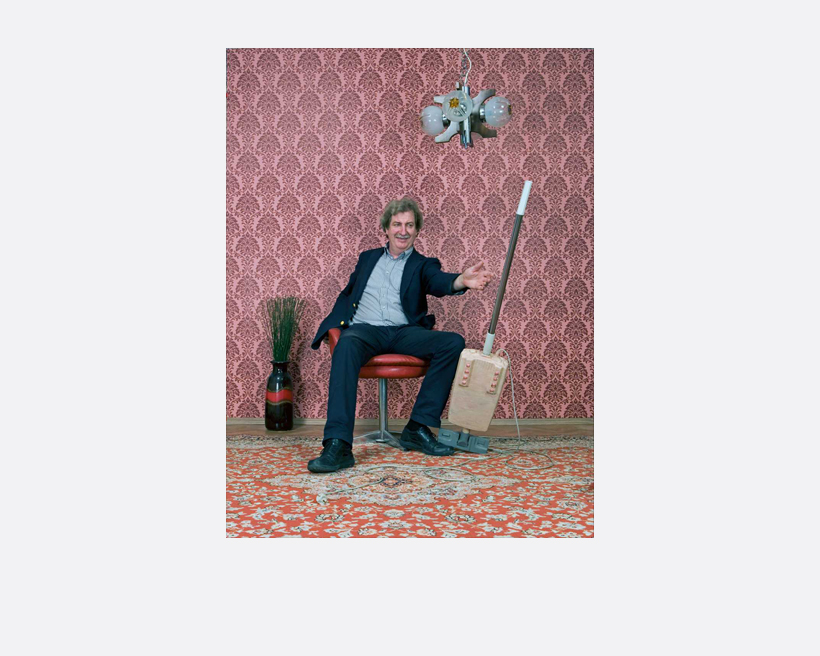 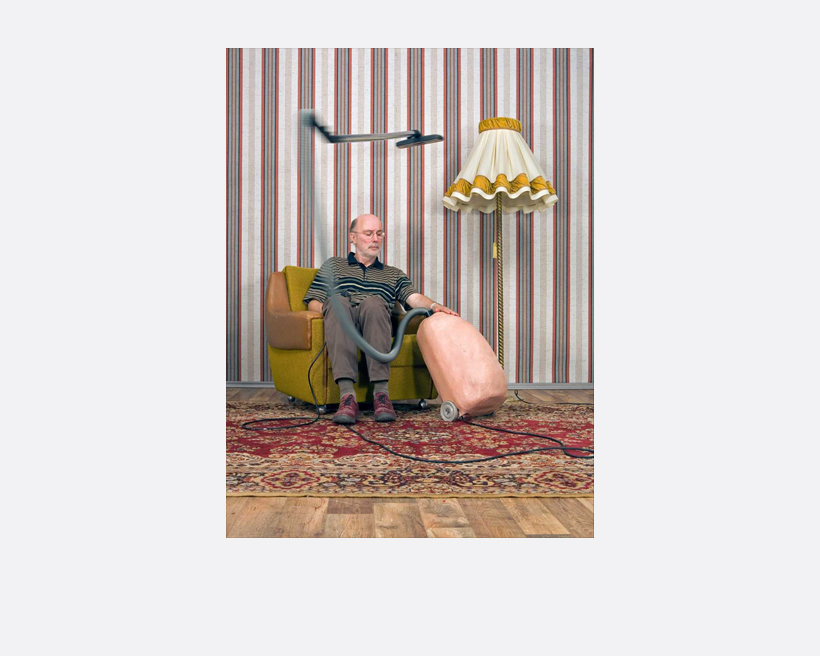 For several years now, Arnold Reinisch has been creating the growing series of sculptures called Resurr€©tion, that he uses chiefly to take photos of and make videos with. The series is an ironic and cynical review of topics related to biogenetic research and development. Part of the concept of the work done on these, in a sense, anthropomorphic sculptures, involves attempts to modify the household appliances, machines and tools to appear to be as much like individuals as possible. An ‘arrangement of sculptures complemented by people’ is how Arnold Reinisch describes Relationships, a successively growing series of photographs that commenced last year. The photographs depict men with their supposed mistresses, and question relationships, such as the male attitude towards daily housework. They are photographed in a studio with changing scenarios, built to resemble suburban living rooms

About the Artist
Arnold Reinisch (Austria, b.1962) born in Graz, Austria, is a freelance artist practicing in the mediums of photography, sculpture, installation, video and painting. He has held and participated in exhibitions since 1993, in Austria, Croatia, France, Germany, Hungary, Israel, Netherlands, Norway, Slovenia, Spain, UK and US.