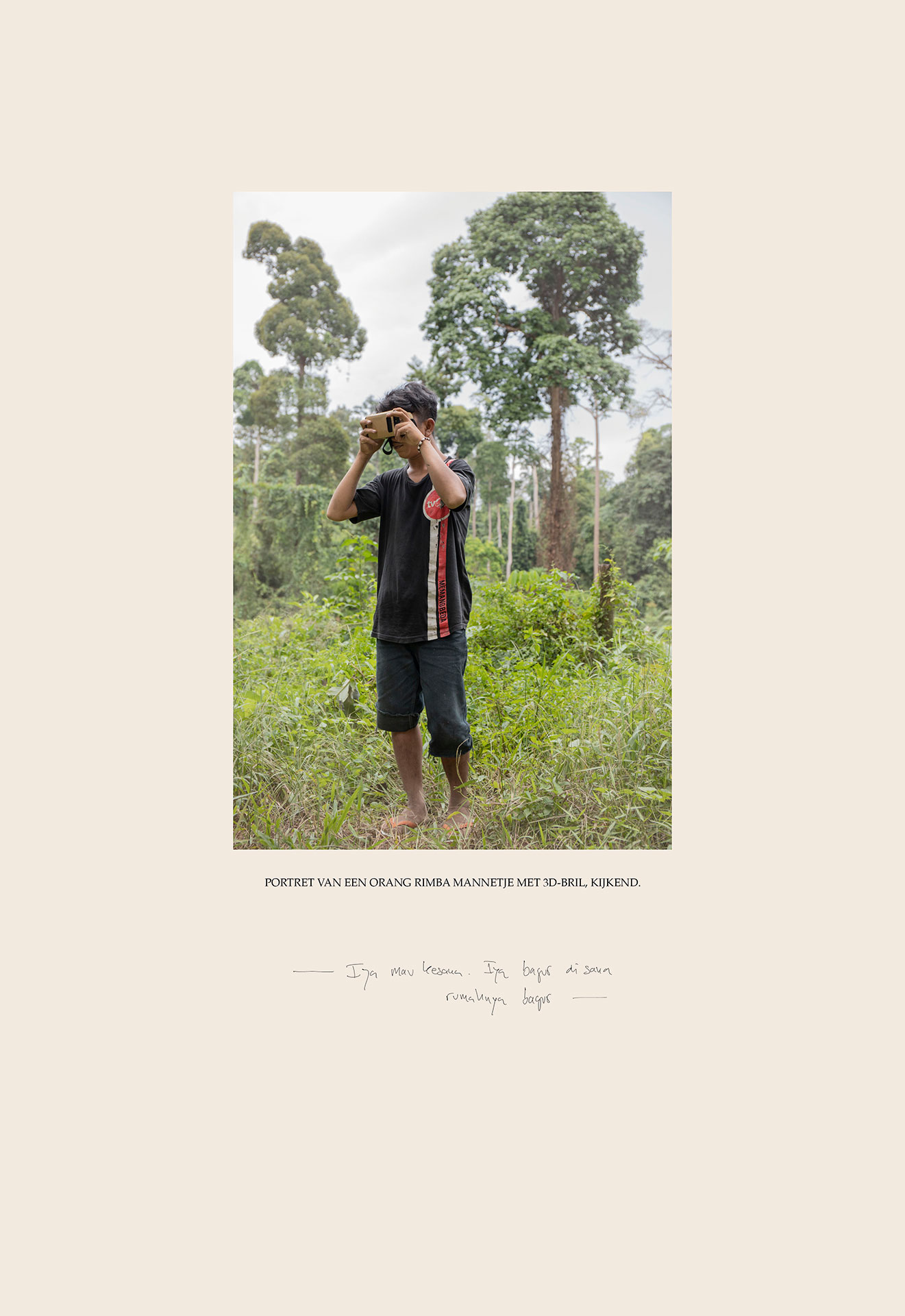 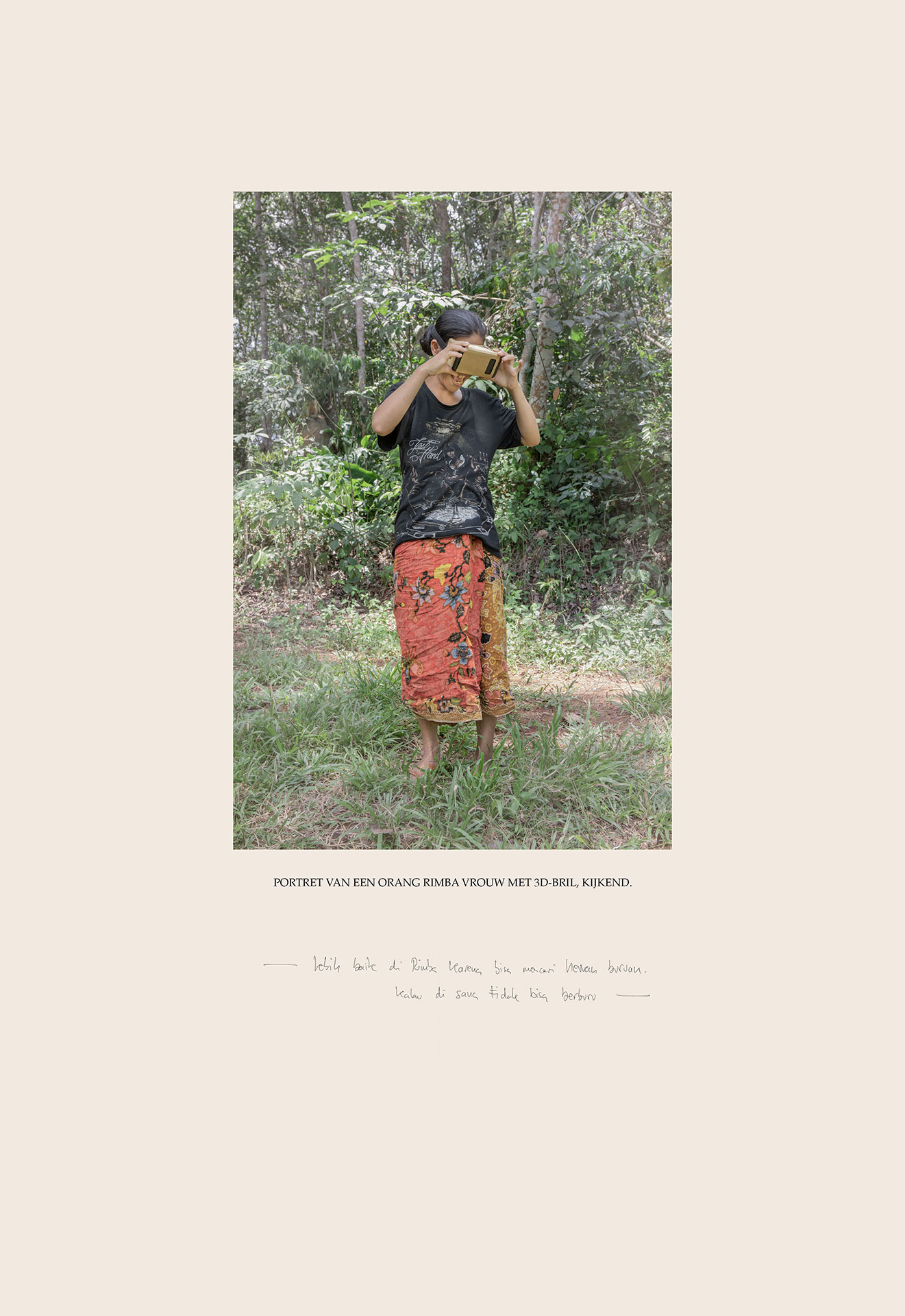 Indigenous peoples have been represented in the history of photography as objects of aesthetic or anthropological study, nullifying their individuality and restricting identity narratives. Presenting them as objects without voice instead of active subjects.

Orang Rimba is a group of indigenous people of South Sumatra who currently live in several settlements within the tropical jungle of Bukit Duabelas Park, a biosphere reserve. They live isolated from any type of technological advance and develop a subsistence economy in symbiosis with nature. In this project, identity and technology are the concepts explored in an act of personal reaffirmation through testimonies, examining the role of technological development and the system of capital.

In a performative act, some individuals are exposed to a video with Google cardboard glasses of a car production chain. They then show their impressions of both the place and the 360VR experience. The project is articulated in three sections, portraits, background text, and visual explorations as other paths for divergence.