All living organisms purchased or captured on the Internet are dropped on daily life.

Makoto Oono uses a variety of places, including animals, plants, fruits, fish, insects, everywhere as a test site, and is temporarily inserted until the end of photo shooting. By arranging some mysterious artefacts into the composition to add an extreme unbalance of the meaning of what these components are, this could no longer be identifiable as what this picture is. This work is a collection of traps named Separate Hidden Rules.

The title was inspired by a surprising discovery of how living organisms have a hidden will and a programmed gene that has a direction that moves freely. Uniquely inspired by his visits to different countries in Asia where he buys and catches market creatures, Separate Hidden Rules shows the possibilities of photos in modern cities and is filled with both brutality and beauty simultaneously. 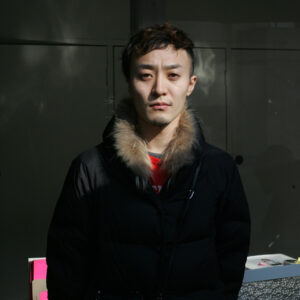