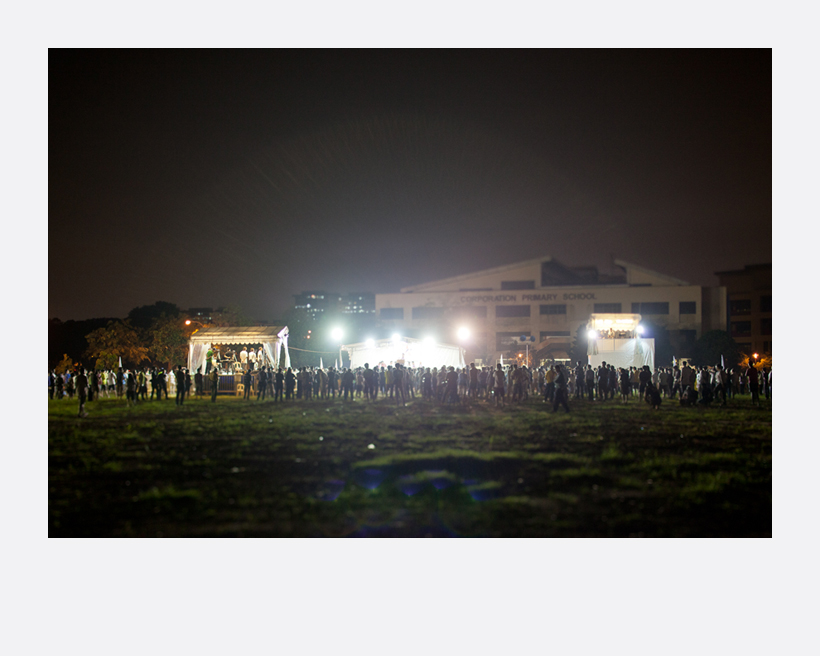 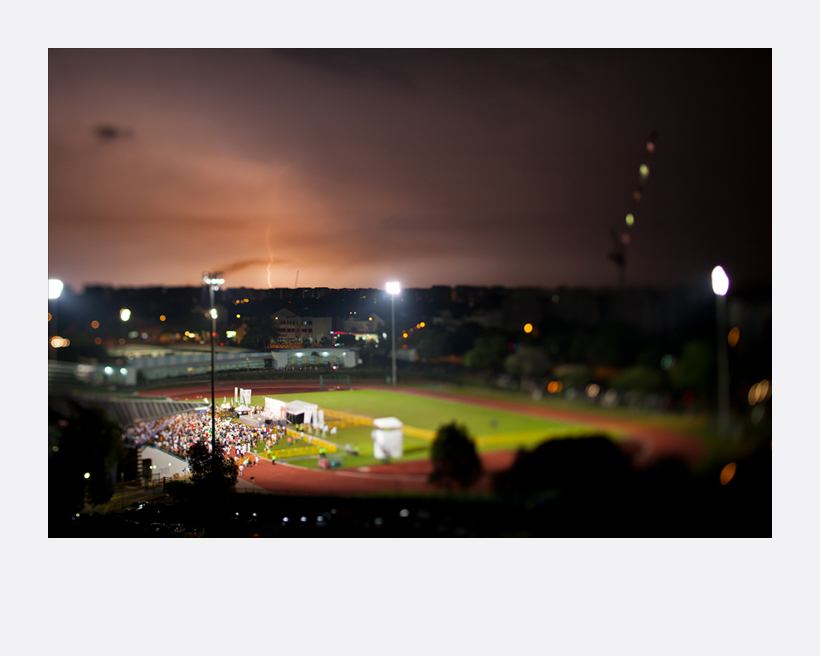 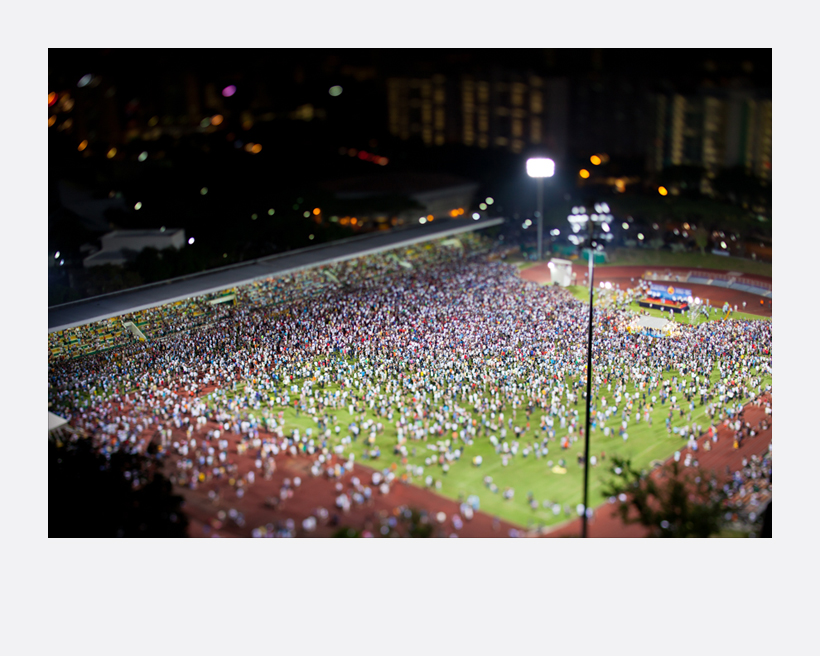 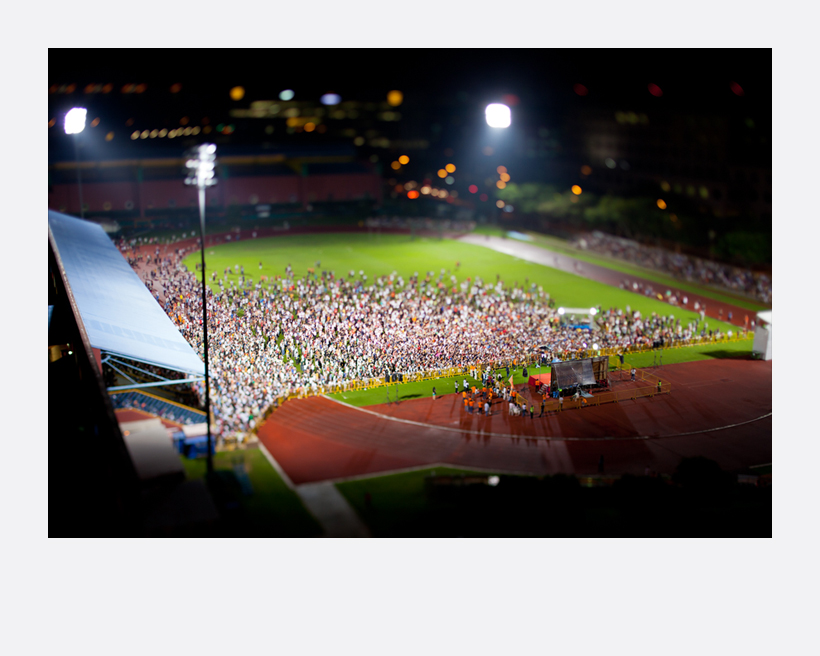 I photographed the 2011 Singapore General Elections as it proved to be a significant chapter in Singapore’s history — a sea of change for Singapore and its citizens’ perceptions toward politics. Titled Singaplural, these photographs explore the interaction of common people with their immediate spaces via a tilt-shift perspective. Singaporeans from all walks of life — regardless of race, language and religion — came together to attend and listen to various political rally hotspots all over Singapore in what was a contest of the hearts and minds of voters. Though most Singaporeans have little interest in politics, these photographs depict otherwise. Close to 50,000 people were reported to have attended such rallies. Singapore’s ruling People’s Action Party may have swept back to power and secured 81 of 87 seats in parliament, but the six opposition seats lost were the highest since this young nation’s independence in 1965. Using a perspective control lens, these images offer a miniaturised and alternative perspective to the elections — in a country affectionately known as the little red dot. In Singaplural, these common, and sometimes overlooked, spaces combine the plurality of people, perspectives and ideas, converging them into one location during the elections.

About the Artist
Zakaria Zainal (Singapore, b.1985) is a photographer born and based in Singapore. He makes meaning of the world through his photographs and focuses on documentary projects that show the changing face of Asia in conflict or in progress. His recent work on the retired Singapore Gurkhas, an anthology of portraits and anecdotes, is published into a book titled “Our Gurkhas: Singapore Through Their Eyes”. This work was also exhibited as part of a group exhibition “Singapore Survey: Strange New Faces” at Valentine Willie Fine Art Gallery. At the same gallery, he was selected for “CUT 2012: New Photography from Southeast Asia” that showcases work of twelve new, emerging and established photographers and artists in the region. Zakaria’s work has appeared in publications internationally such as the Nepali Times (Nepal), The Straits Times (Singapore), Art4d (Thailand) and The Invisible Photographer Asia.