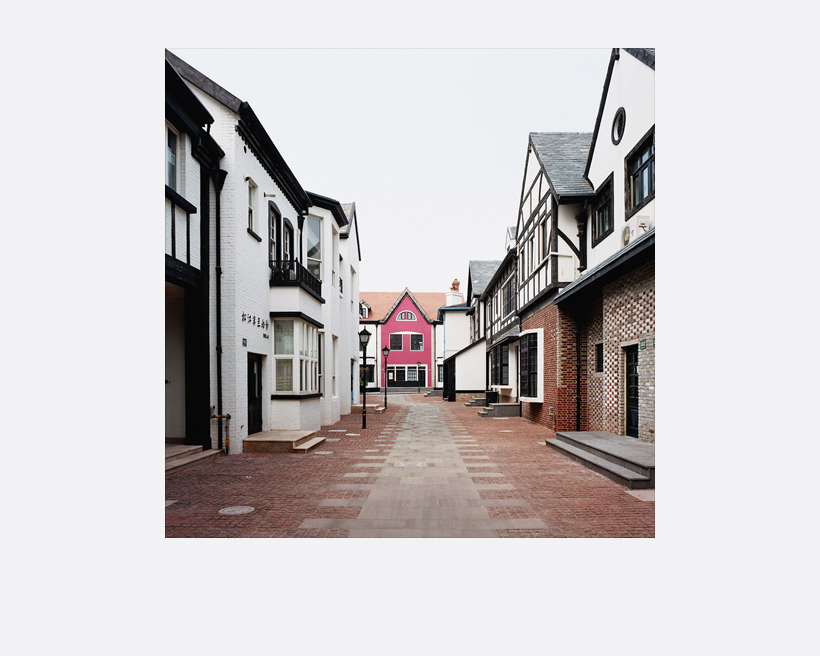 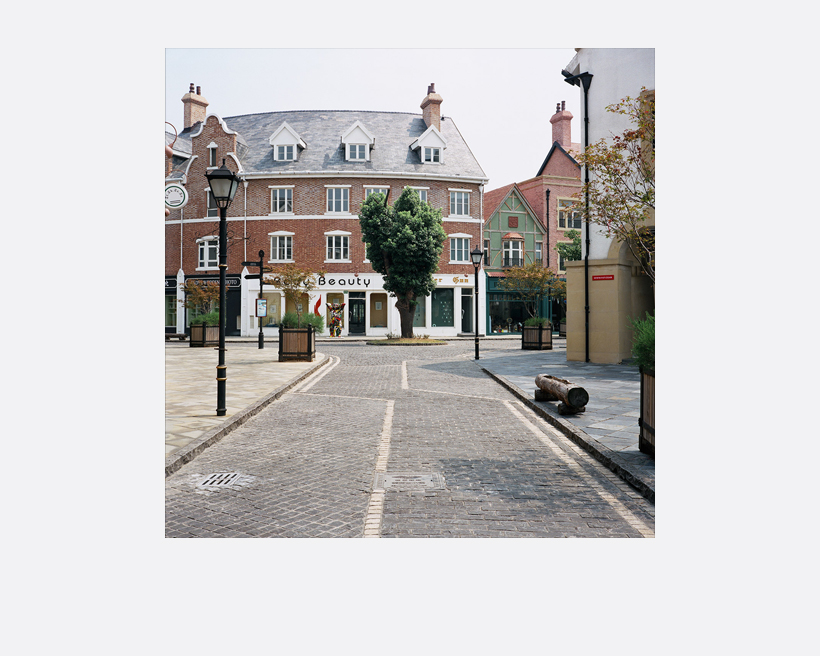 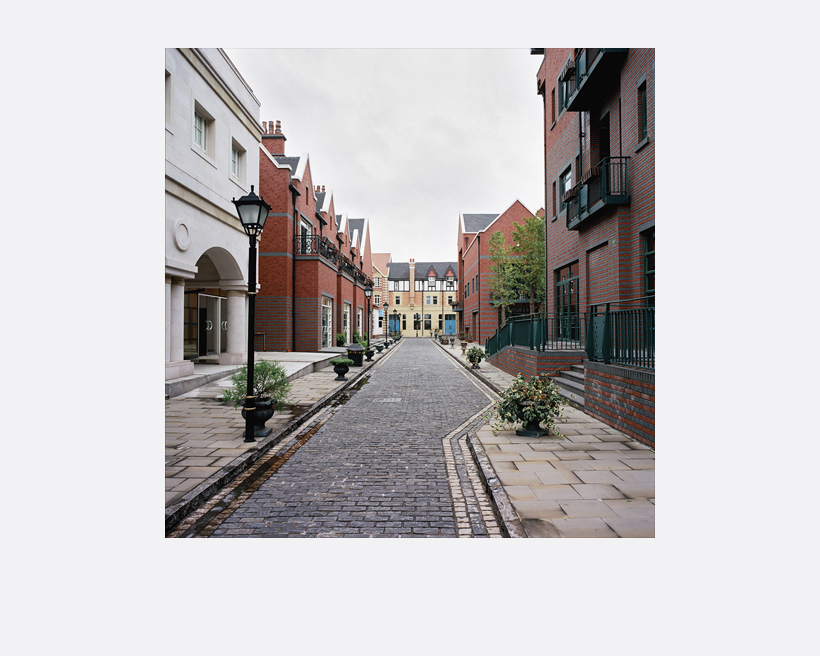 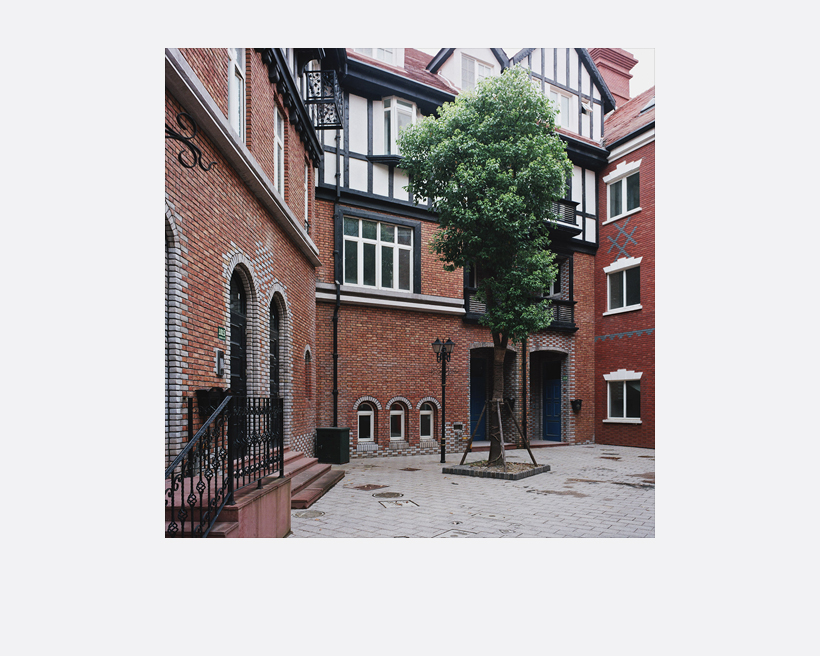 Thames Town is one of a number of new European themed model towns built around Shanghai as part of the local government’s One City – Nine Towns plan. While for the current generation of Chinese, home ownership is a new concept, these European-style developments appear to be the future image of a suburban China. This series rouses the inclinations of different cultural stereotypes through the viewers’ perception of the architectural authenticity of the town.

About the Artist
Dave Wyatt is a documentary photographer. His works focus on the landscape and how it relates to the individual and society as a whole, presenting a sense of history and challenging our notions of the imagined space we inhabit at the same time. Wyatt gained his MA in International Photojournalism, Documentary Photography and Travel Photography from the University of Bolton undertaken at Dalian Medical University in Dalian, China, and his BA degree from the renowned school of Documentary in Newport, South Wales.