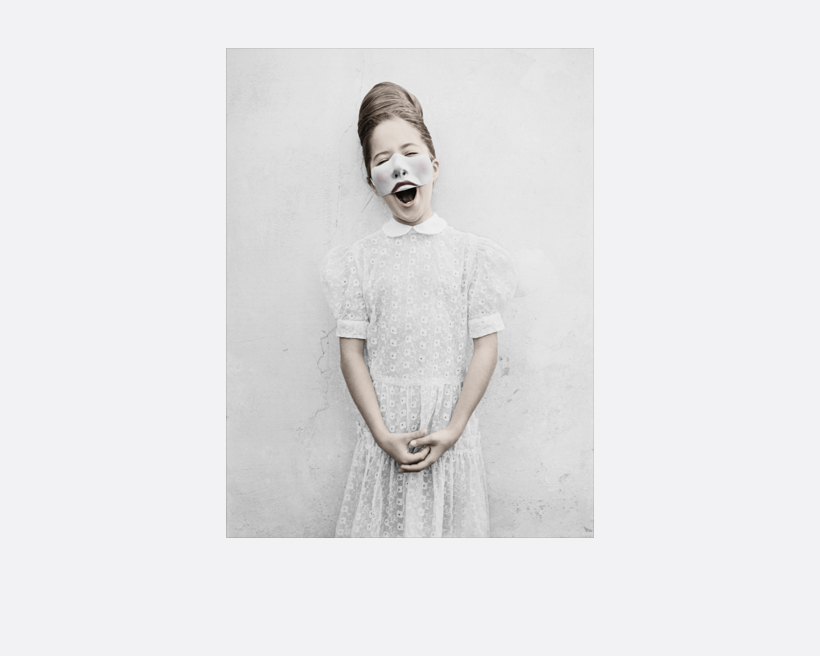 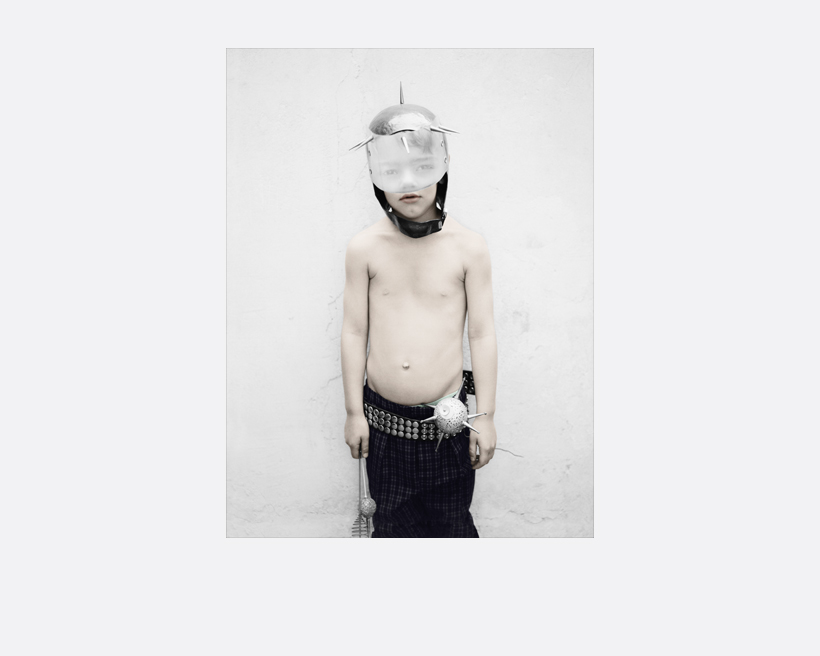 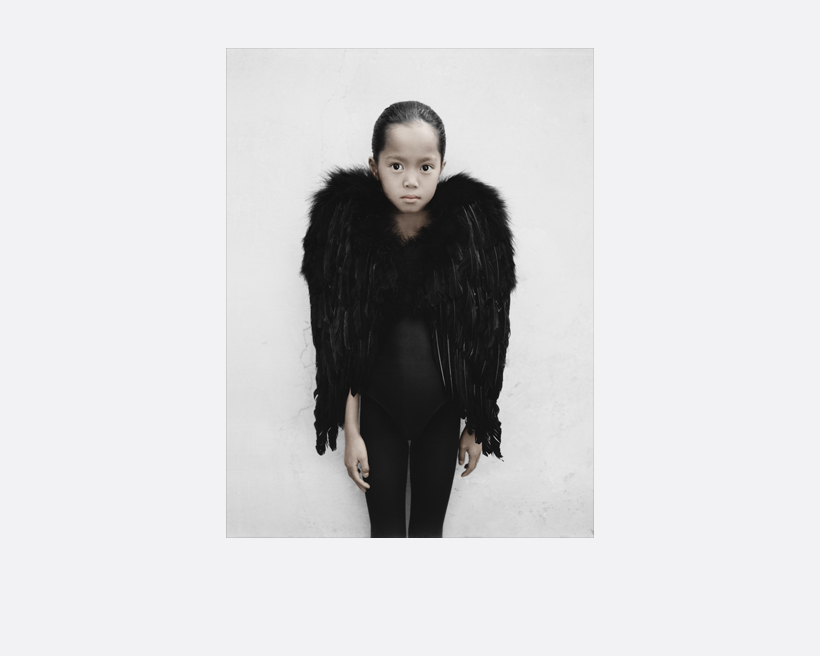 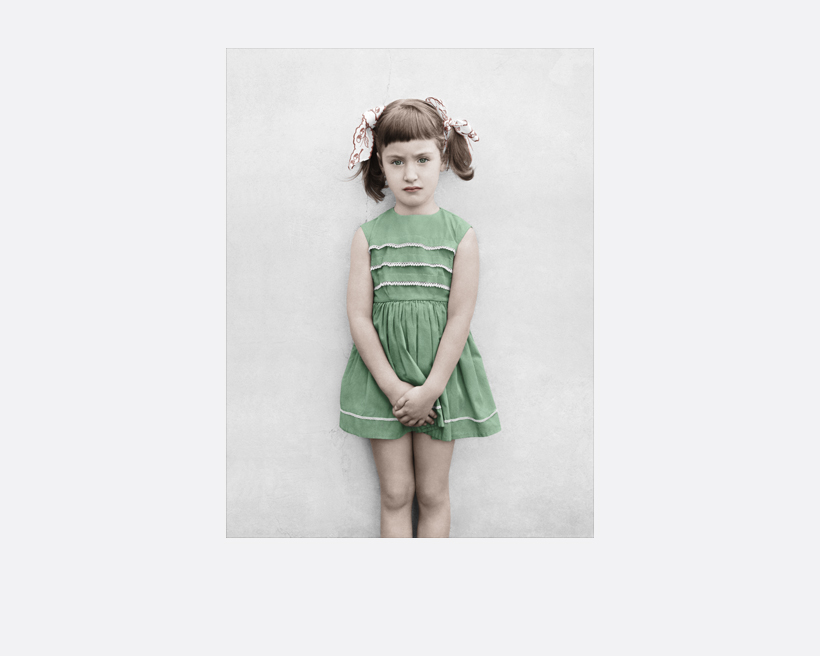 This series is a collection of children’s portraits. Speers has stripped away the stereotypical perception of childhood being the happiest period of anyone’s lives.
Inspired by her 8-year old daughter’s birthday party, her series closely observes the dynamics between the children and the various levels at which these children role-play. Her photographs embraces reality as it is before children transits from childhood to adolescence; that unabashed notion of anarchy, sense of spontaneity, play and freedom of expression. The resulting visuals are unsettling, with a vague sense of transparency and the humanity neither that of an adult nor of a child.

About the Artist
Vee Speers has exhibited in London, Paris, Japan, Italy, Tunisia, Brazil, Mexico, Australia and the United States. Her work has also been published on covers of The British Journal of Photography, The Sunday Times and more. Both of her books, ‘Bordello’, a collection of nude photographs, and ‘The Birthday Party’, are available worldwide.