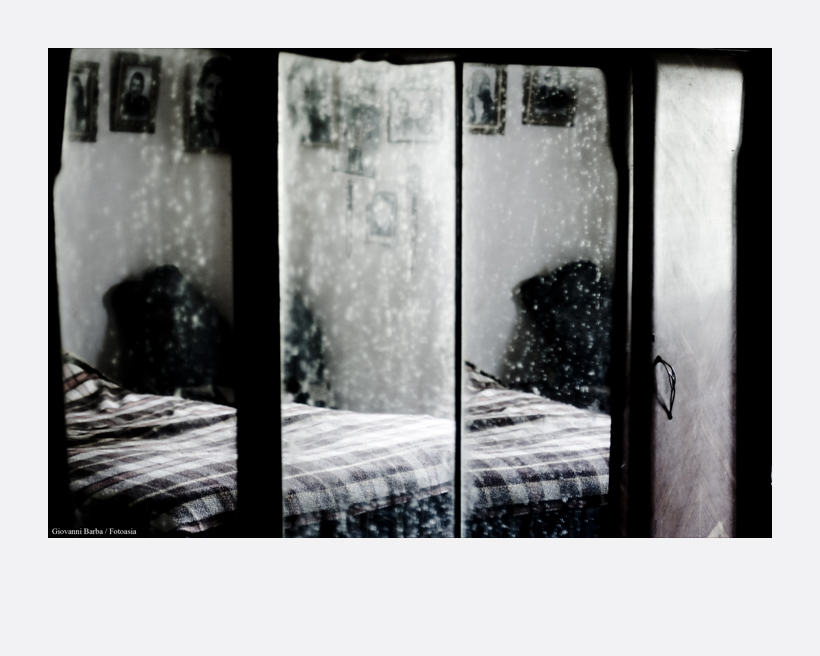 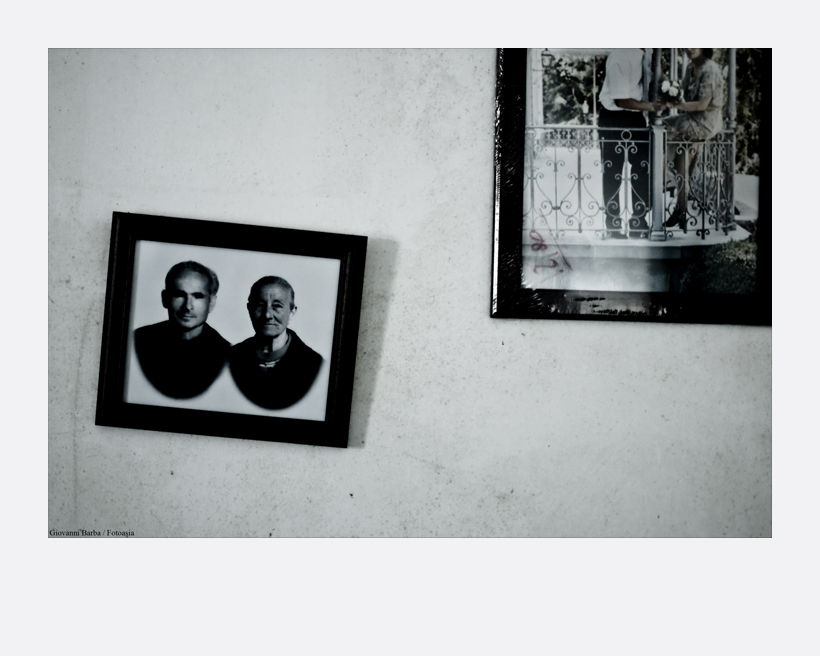 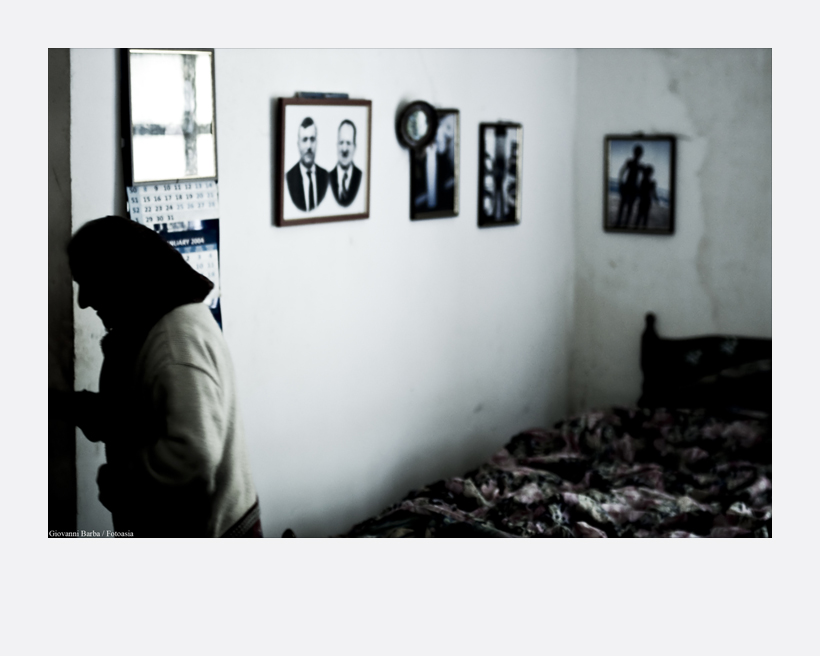 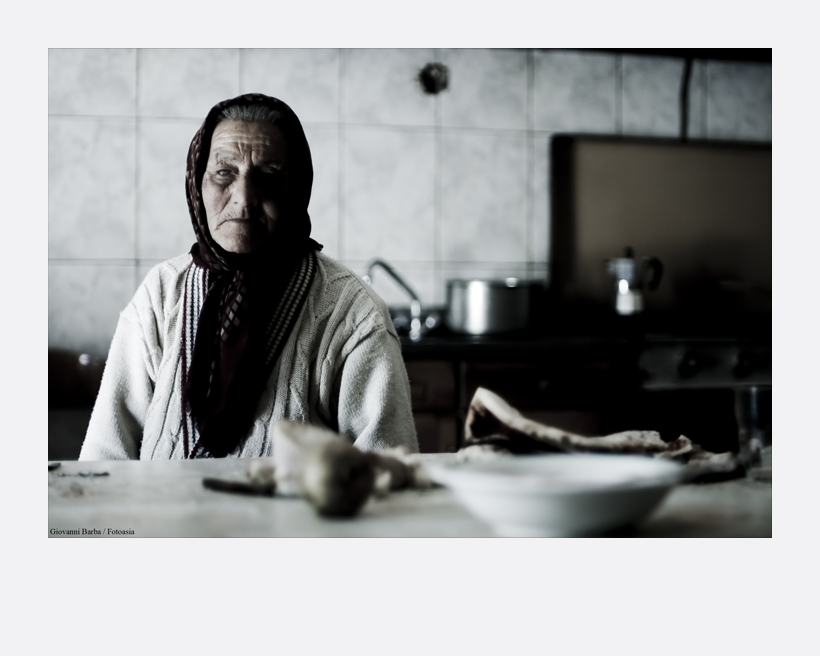 Giovanni Barba uses photography to tell his story and convey the concept of imprisonment.
His photos are about a mud house in the area around Naples where an elderly couple live. Although they worked when they were younger, they are far too old to work now.
All they have for companionship are the few animals that they keep and the empty wine bottles that they have. They appear to be the people of the past whose existence has exhausted their purposefulness, whose souls are imprisoned within their mortal bodies.
One day, their son returns to the mud house after many years in prison. Like a ray of light that shines into the mud house, the son discovers the trapped spirits in the house.

About the Artist
Born in Caserta in 1980, Giovanni Barba resides in Naples now. Having completed his classics studies, he is now study- ing anthropology. Barba views photography as a way for him to convey a message and tell a story the way photography is best suited to do.