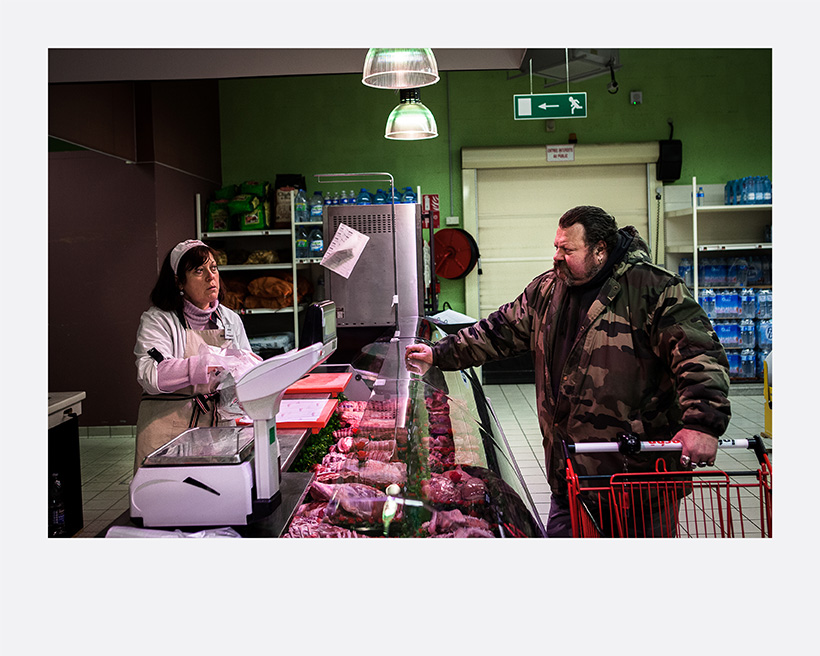 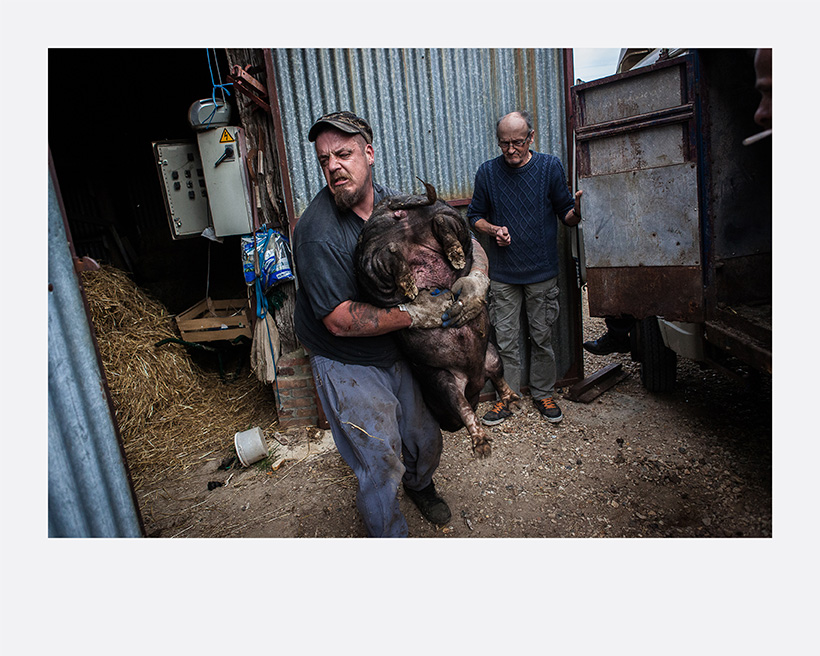 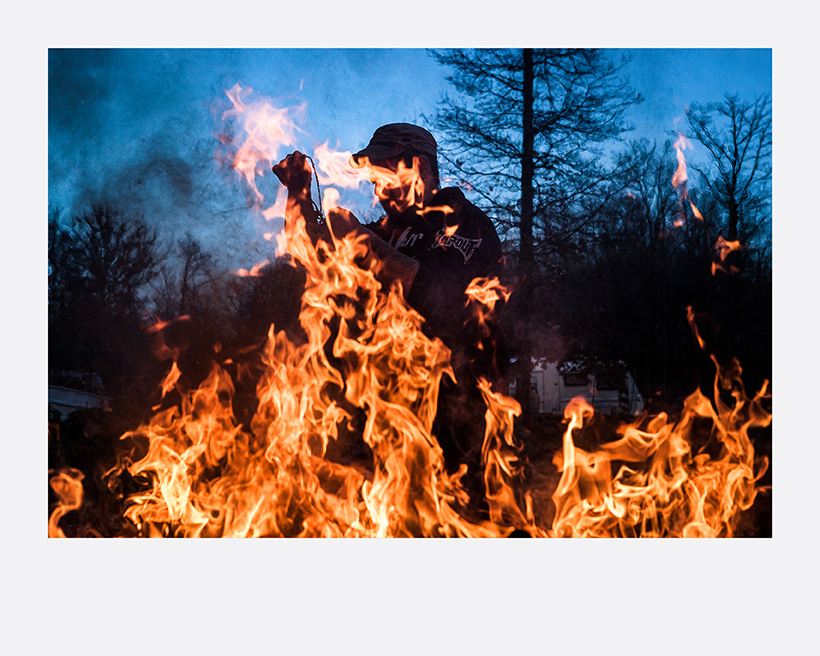 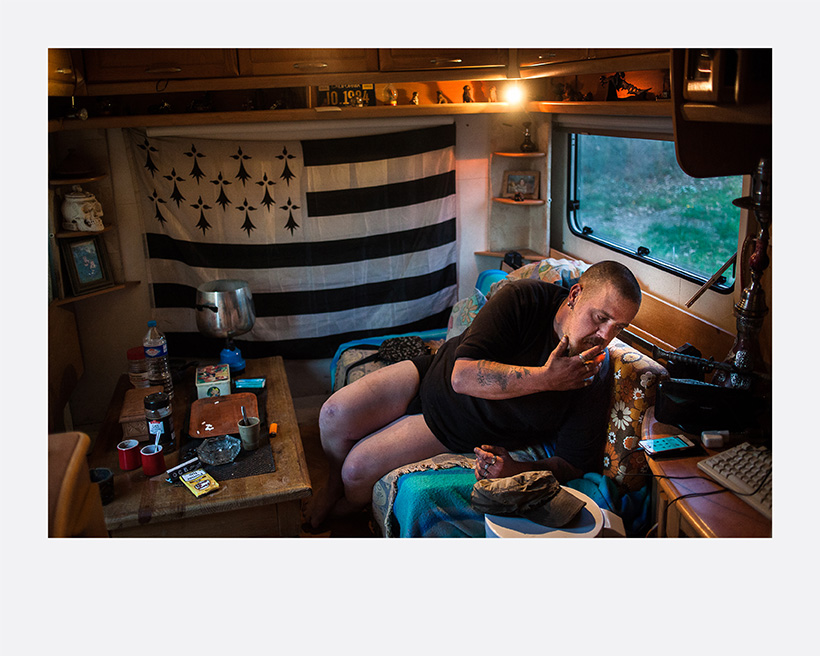 Two years ago the French former biker, vagrant and prisoner Brann de Senon decided to change his life. In the woods at Fontainebleau he purchased a plot of land and 20 old caravans. There he provides the homeless with food and shelter. There are a number of rules: no addiction, and everyone must do their share of the work, by feeding the animals, drawing water from nearby springs, or picking up donations from supermarkets in the area. Beginning in August, 2013, Marcilhacy spent one week a month at this community. Even though the village will not itself change the lives of the tens of thousands of homeless in France, according to him it at least shows how what is necessary can be accomplished with limited means.

About the Artist
Cyril Marcilhacy (b. 1981, France) studied financial economy and worked for two years in an accountants office before he took a course in photojournalism at the EMI-CFD in Paris. Since then, he has worked as a freelance photographer, for publications including Le Monde, La Croix and Le Parisien Magazine.