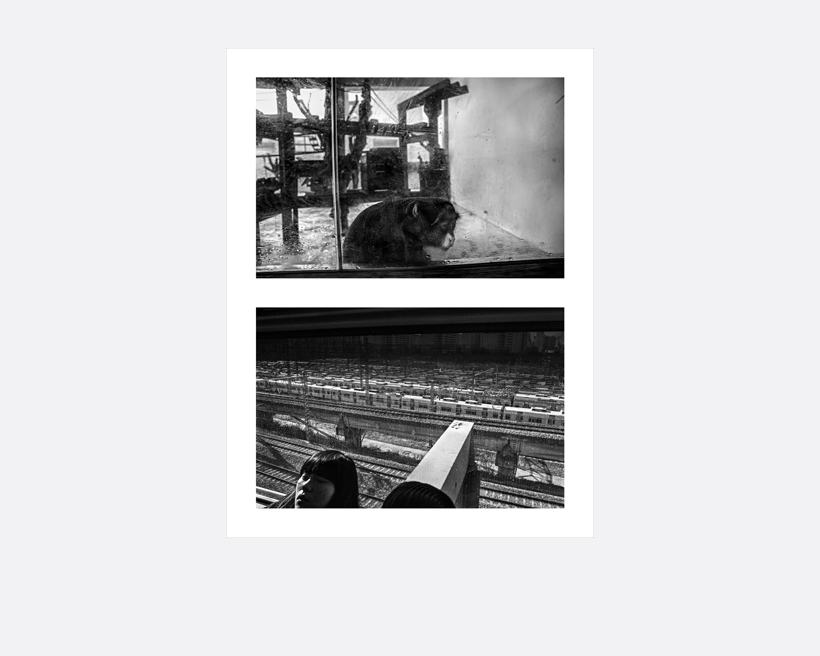 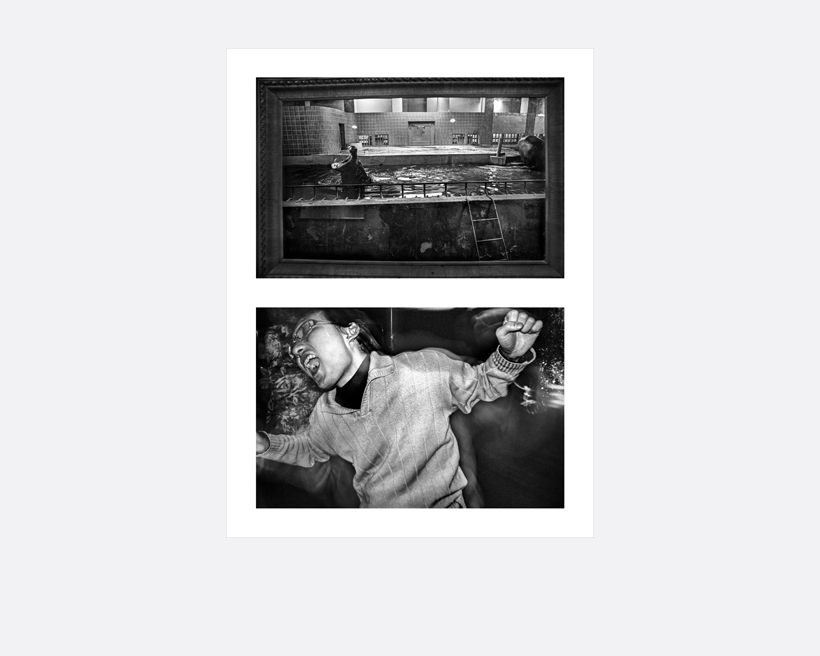 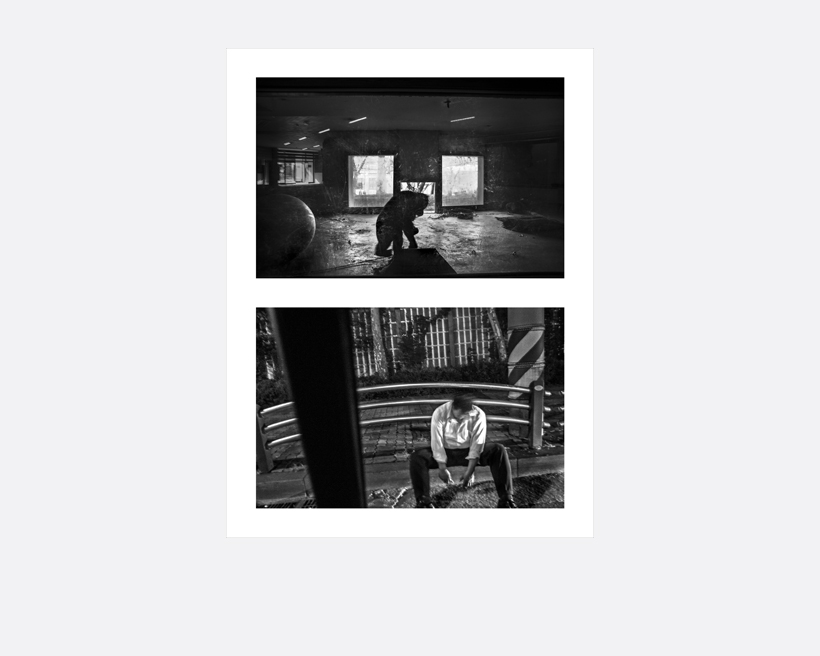 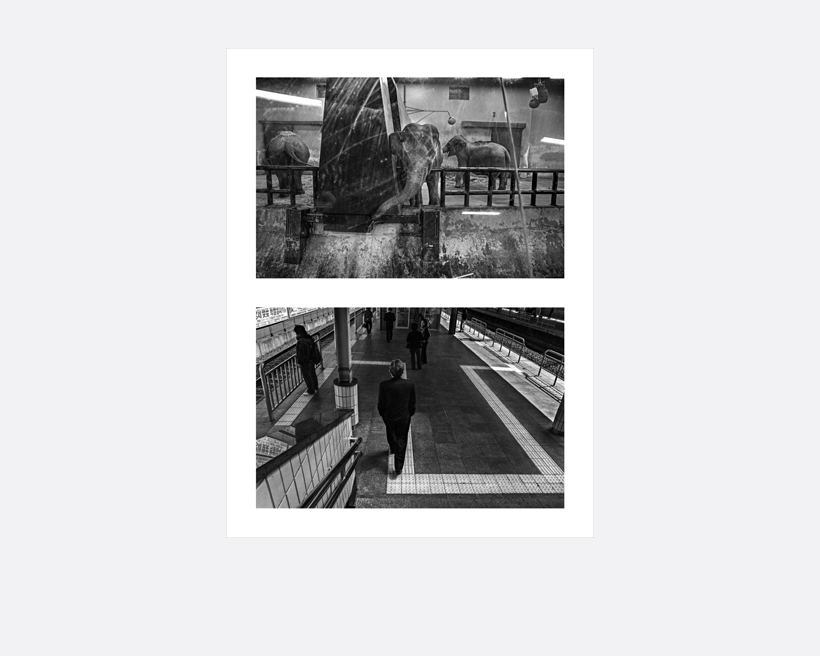 A zoo is a space for amusement.

At the early 1800’s, people captured rhinoceroses in the name of wildlife conservation on a chilly concrete floor and started to call this space ‘the zoo’.
Unfortunately, wild elephants are constantly being imported. The surplus animals, which are highly prolific, are being sold or killed. They end their life on a concrete ground without having seen a jungle just once in their lifetime.

They are no more animals. They are just clowns for people.

They are laughing and chatting watching the animal gone insane.

Human beings are accustomed to sociality and productivity as they breed. They ultimately become salaried workers stuck in concrete. They reproduce themselves being restricted and controlled. People also repeat the stereotyped behaviors like animals with different sections and periods. Human being is just a tool for production in society.

I can’t go to a zoo any more. It is because the monkey laughed at me when I pressed the shutter toward it. Since then, I turned my lens for them to focus on me.

About the Artist
Junyoung Seo (b. 1974, South Korea) has been engaged in several group exhibitions in China, Japan and Thailand. His first solo exhibition ‘Theme Park’ will be held in Korea at Seojin Artspace in August 2016, after winning the open call contest held by the gallery. Seo is also set to release a publication for the same series of work in the same month.