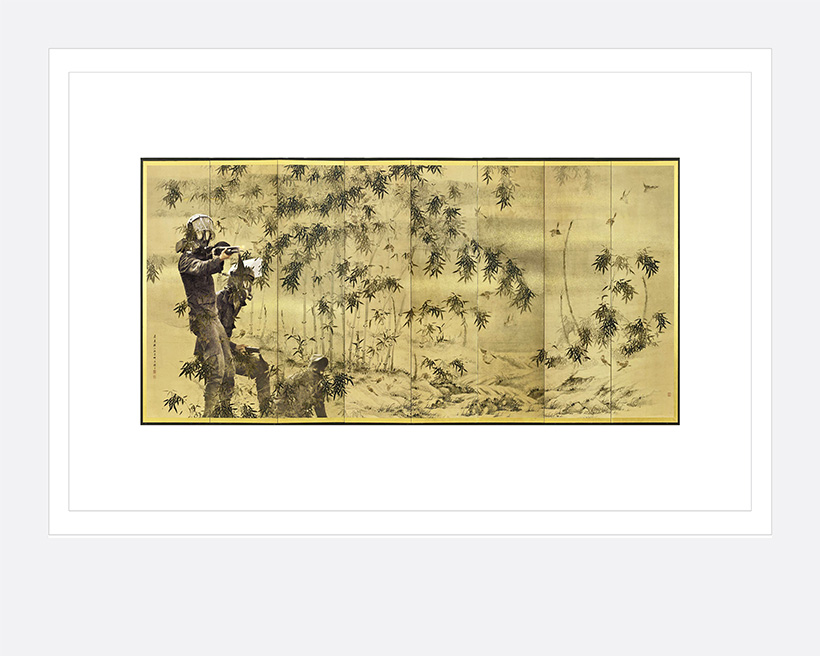 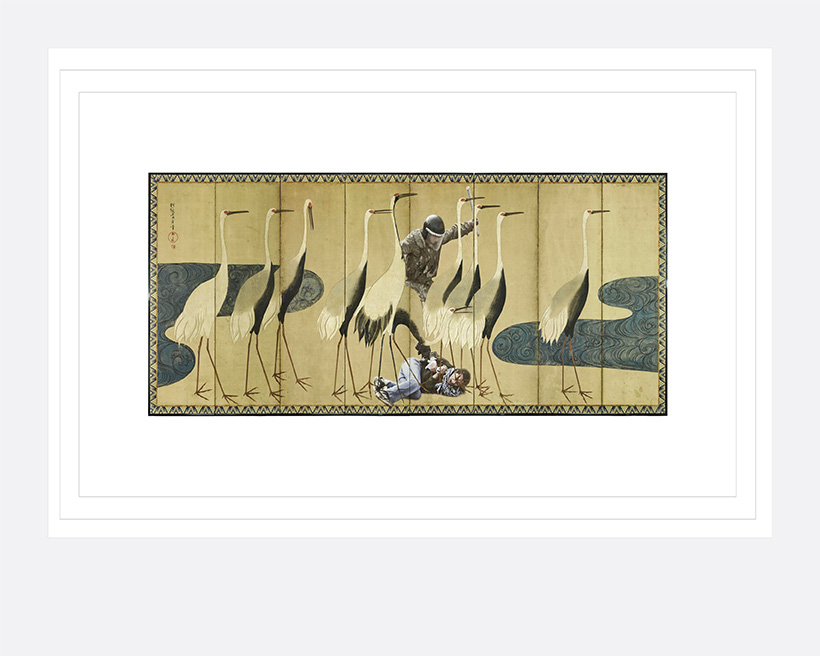 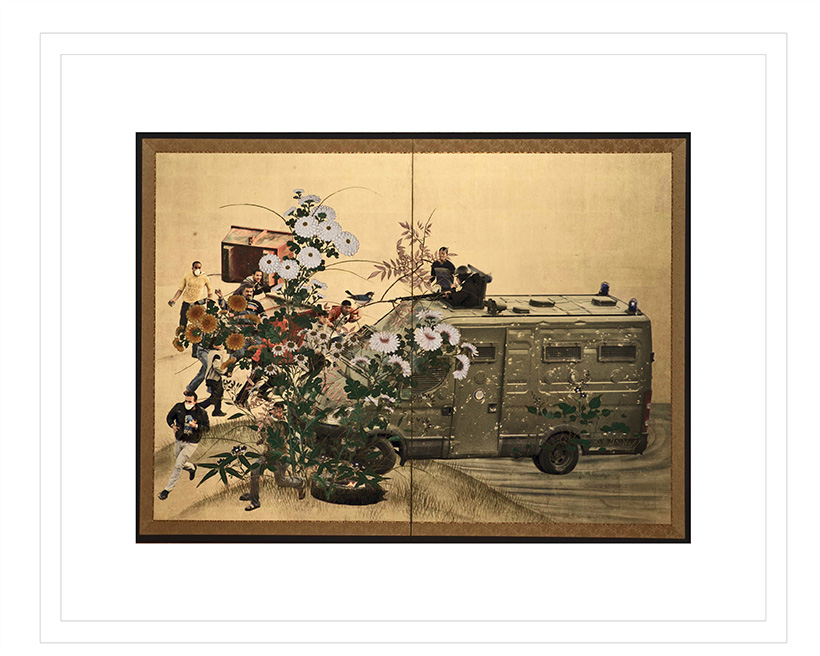 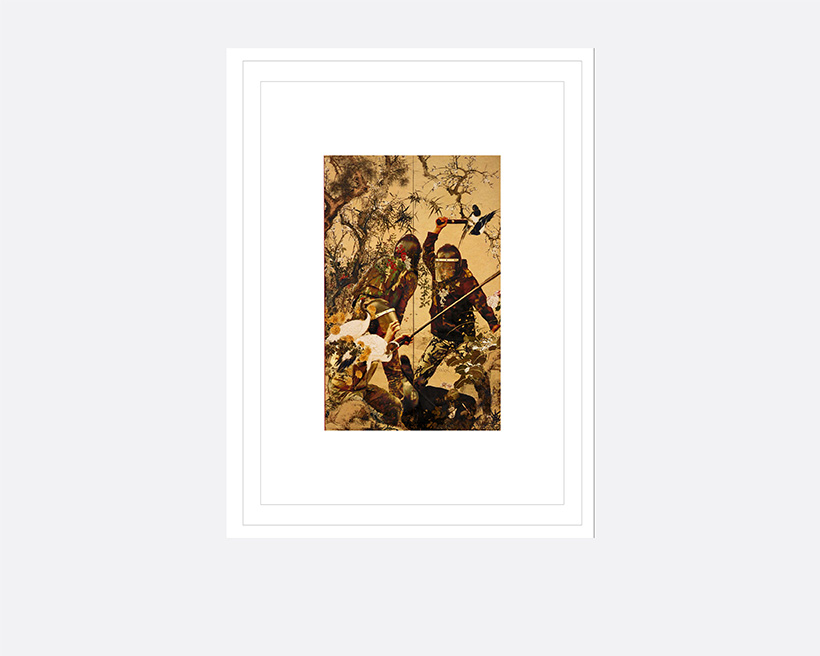 For her series Upfolding Nermine Hammam combined photos of the violent actions by army and police in the year that followed the Egyptian Revolution of 2011 with stylised Japanese landscapes. Inspired by 17th and 18th century Japanese folding screens, she printed the series of rice paper. She did not take the images of the violence herself, but collected them from citizens who recorded this violence. Because they were seen in the media so frequently, they are immediately recognisable to Egyptians and a symbol of their revolutionary ideals. By prettying the images up with the utopian landscapes, the cruelties only become clear after a second view, as if we are voyeurs of sadism. In doing so, Hammam parodies the human urge to ‘turn a blind eye’, and poses questions about the power of the mass media, which drained the violence from the images, and makes numb, by their endless repitition.

About the Artist
Nermine Hammam (Egypt, 1967) studied film at the Tisch School of the Arts in New York. Her work is comprised of photographs which she then manipulates to create multi-layered compositions. Over the past decade, her works has appeared in more than 50 solo and group exhibitions around the world. Nermine Hammam lives and works in Cairo.