Wandering, Wondering is a story of all of us, becoming adults, getting more socialised, and living in a systematic social structure. No one has forced or oppressed our lives. Without looking back, we live in a life that fits already into the familiar flow following only dreams and ideals we are aiming for, the naturalness of time that goes by constantly.

Through this work, I have a chance to explore for my 20s already passed by and past time which entered between the gap of familiarity. These produced images are stories intended for the young who cannot adapt to the social structure which is changing quickly, above all men in 20s. The eyes coming from between unfamiliar spaces and strangers are begun by wandering around places and environments where you can get someone else’s feeling such as strangers and universally abandoned spaces. Based on feelings caused by loneliness, emptiness, the gazes that didn’t approach in a good what I experienced in society, I express floating or unadaptable objects in the world by images.

This work leads to subtle psychological change and expansion of consciousness that occur between individual consciousness, different dimensions of time and space, and meetings of objects. And It also is produced by freely combining images across the boundary line of consciousness and unconsciousness based on social factors and narratives with characters. I was concerned about relationships that people build up with others and mainly intended to explore the way people interact and the social principles involved in it, using gesture language. I hope that not only 20s, but everyone who encounters this work will be able to sympathise by watching the gesture language of the process head for society in this work, reminiscing about their past or expecting their future. 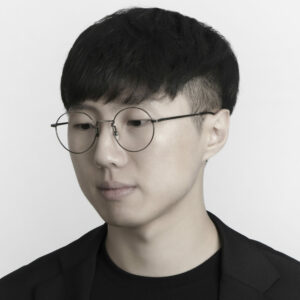