2019-2020 in Hong Kong, an upheaval of social movement “Anti-extradition law movement” was created due to oppositions of the government’s amendment of the legislation, triggering continuous protests during the six months. After the National Security Law came into effect on 1st July 2020, the freedoms and liberties that Hong Kong had always enjoyed disappeared overnight, as most of the rallying cries and slogans became illegal.

Slogans and words that have engulfed every corner of the city, representing the calls and cries of the people, have now been entirely painted over, in a deliberate attempt to whitewash. I observes this uncanny phenomenon, in which the superimposition of paint over protest slogans create abstract colour blocks, mirroring the struggle between the people and the government, and the zeitgeist of the city.

Photographing these faded slogans in the cityscape, I observe that though they are visually withdrawn, their messages are strong as ever. They have just temporarily taken another form, while the people’s freedom of speech is being under serious attack. Apart from documenting the remnants of the protest and its effects on the city, this series of images brings out the fact that despite the oppression on Hong Kong’s democracy and freedom of speech and persist in hope for freedom. 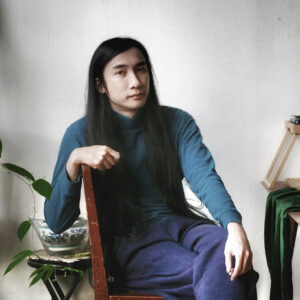 Wandering, Wondering is a story of all of us, becoming adults, getting more socialised, and living in a systematic social…