This is a project capturing strangers that are middle-aged men and older. They are often categorised as ‘Ajeossi’, a term for a middle-aged man in Korean. The moment they are labelled as an ‘Ajeossi’, they are no longer viewed as individuals, but as this idea of a group of old men. The word ‘Ajeossi’ is not used for pinpointing a certain man, but for those who seem to arbitrarily fit in this quintessential idea of a man in their 40-60s. These men I have met were rather uninhibited than those in other age groups, expressing their egos in a transparent way without being bound to how others would see them. Frankly, they were too uniquely themselves to be pigeonholed as, ‘Ajeossi’.

Then, who are they? What are the things that they are into? This project has started from these questions and the curiosity of mine. I wanted to focus on them as a subject who happened to be ‘boomers’, not viewing them as ‘Ajeossi’ as the Korean society has instilled in us. The moment I take photographs of them, I am able to read the person behind the camera. I get to see the person in a way that I wouldn’t be able to do to a stranger. When I see them through the viewfinder, I can picture them being in their youth. The materials of their clothes, the patterns on the fabric and their choices of accessories altogether tell us how much they don’t care what others would think of them. Those wrinkles on their faces, the facial expressions and the confident poses tell us their stories in a mysterious way.

Boomers is a subjective piece of work of mine that emotions are heavily involved. It’s the record of emotions that gradually change as I get to build a relationship with each man of a generation and observe the charms and originalities that each person has. 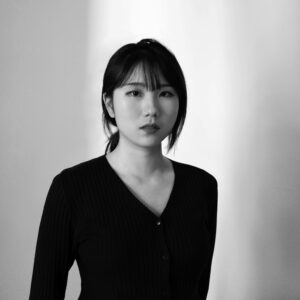